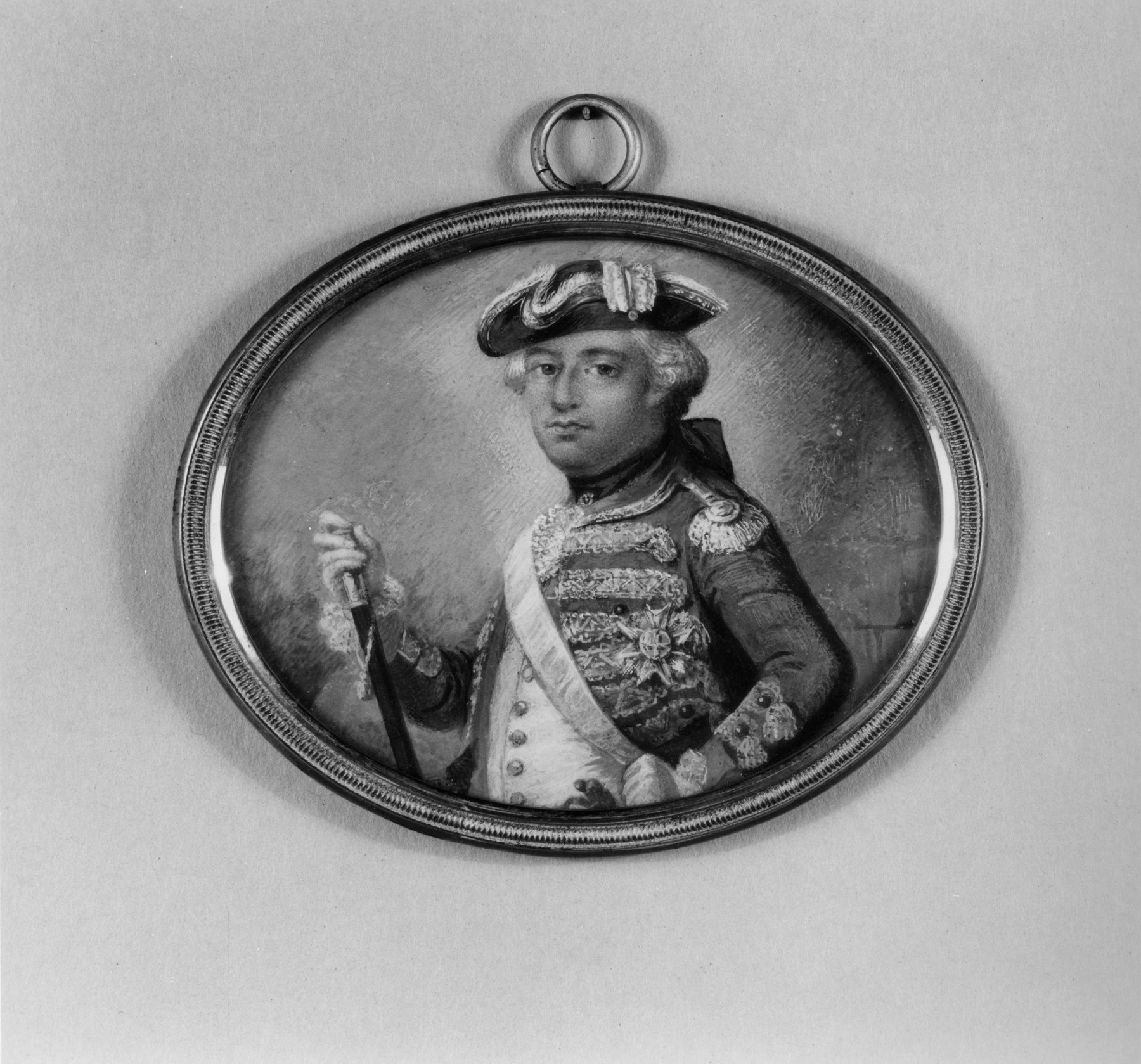 Stanislaus Leszczynski (1677-1766) was selected by Swedish Charles XII to supersede Augustus II in 1705 and ruled until 1709. He was the father-in-law of Louis XV, who aided him to regain the crown after the death of Augustus II in 1733. This conflict led to the War of Polish succession. In 1733 he was elected King of Poland for the second time, but Russia opposed this move and he was finally forced to abdicate in 1736. For an identifying engraving see W.R. Morfill, "The Story of Poland," 1893, page 213. In this miniature he wears a heavily trimmed blue uniform.