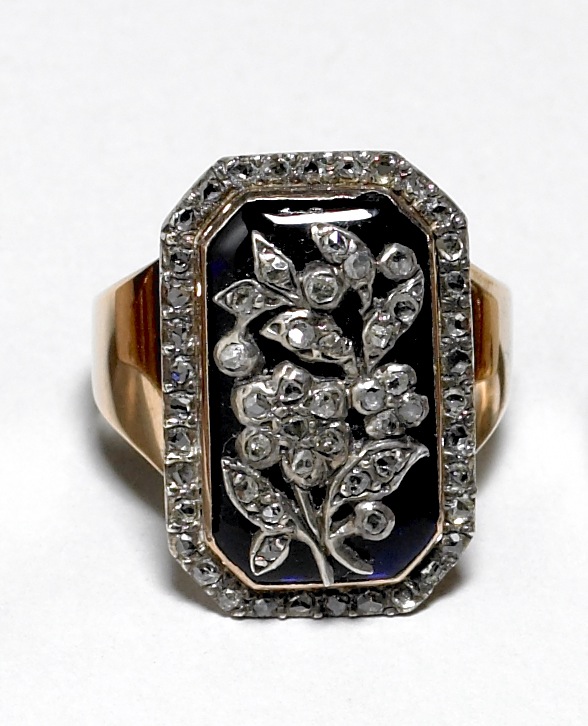 In the 18th century the flash of a diamond signaled wealth and prestige. The allure of diamonds crossed cultures and, when worn, they were an immediately recognizable statement of personal worth. The cut of diamond that became most popular over the course of the 18th century was the brilliant-cut, which particularly enhanced the sparkle of stones that were often worn in greatest abundance at night, under flickering candle light. In this ring diamonds frame a deep blue enamel ground set with more diamonds that form a floral spray.