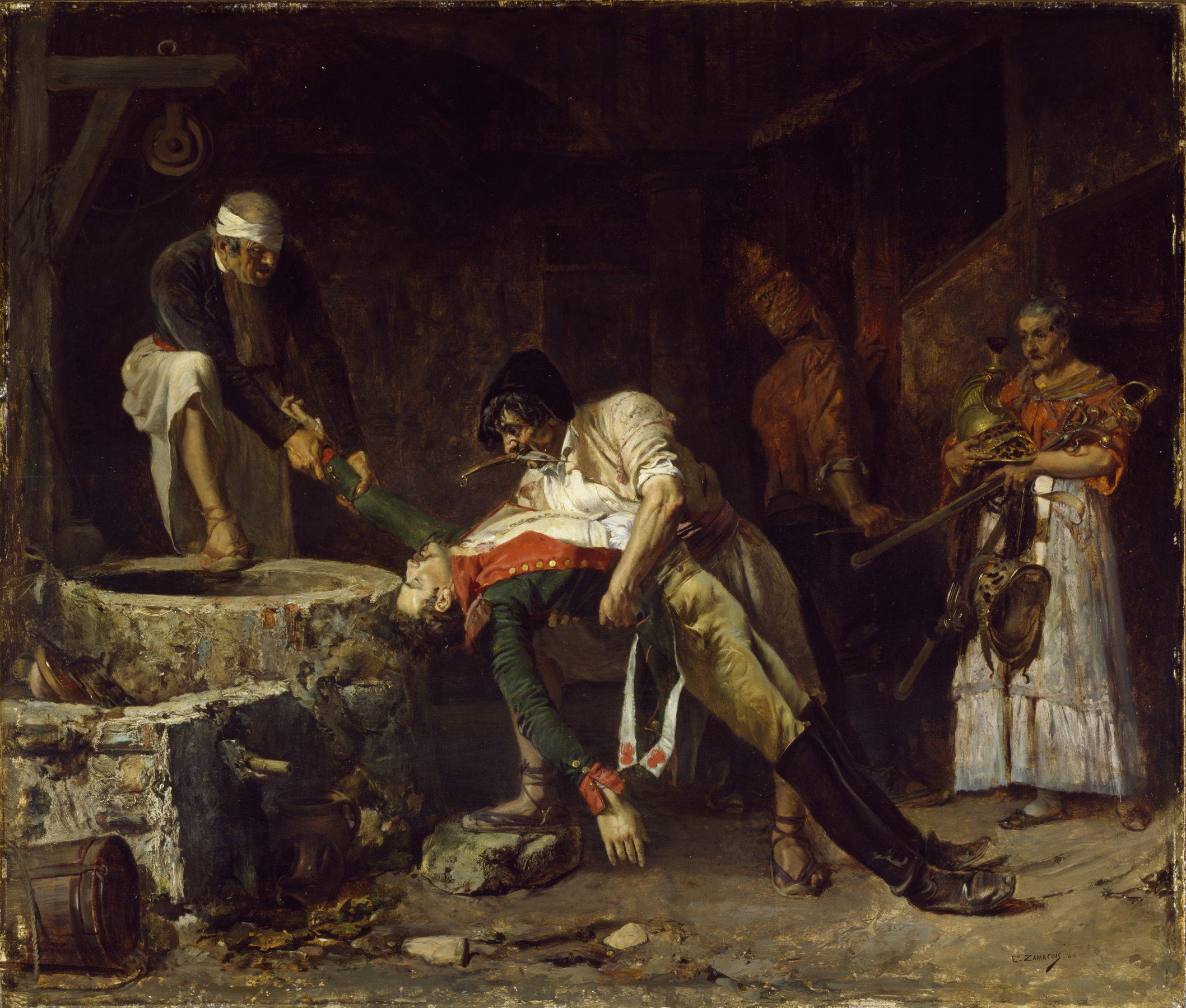 Two Spanish partisans struggle to dispose of the corpse of a French cuirassier (cavalry soldier who wears a breastplate) by dumping it into a well. The old woman at the entrance carries the helmets and swords of their victim and of another French soldier who presumably has suffered the same fate. Zamacoïs, a pupil of J.-L.-E. Meissonier and a close associate of the Catalan painter Mariano Fortuny y Marsal, pursued his brief career in Paris. Like his teacher, he depicted scenes from the Napoleonic era; however, he showed them from the point of view of the Spanish victims.