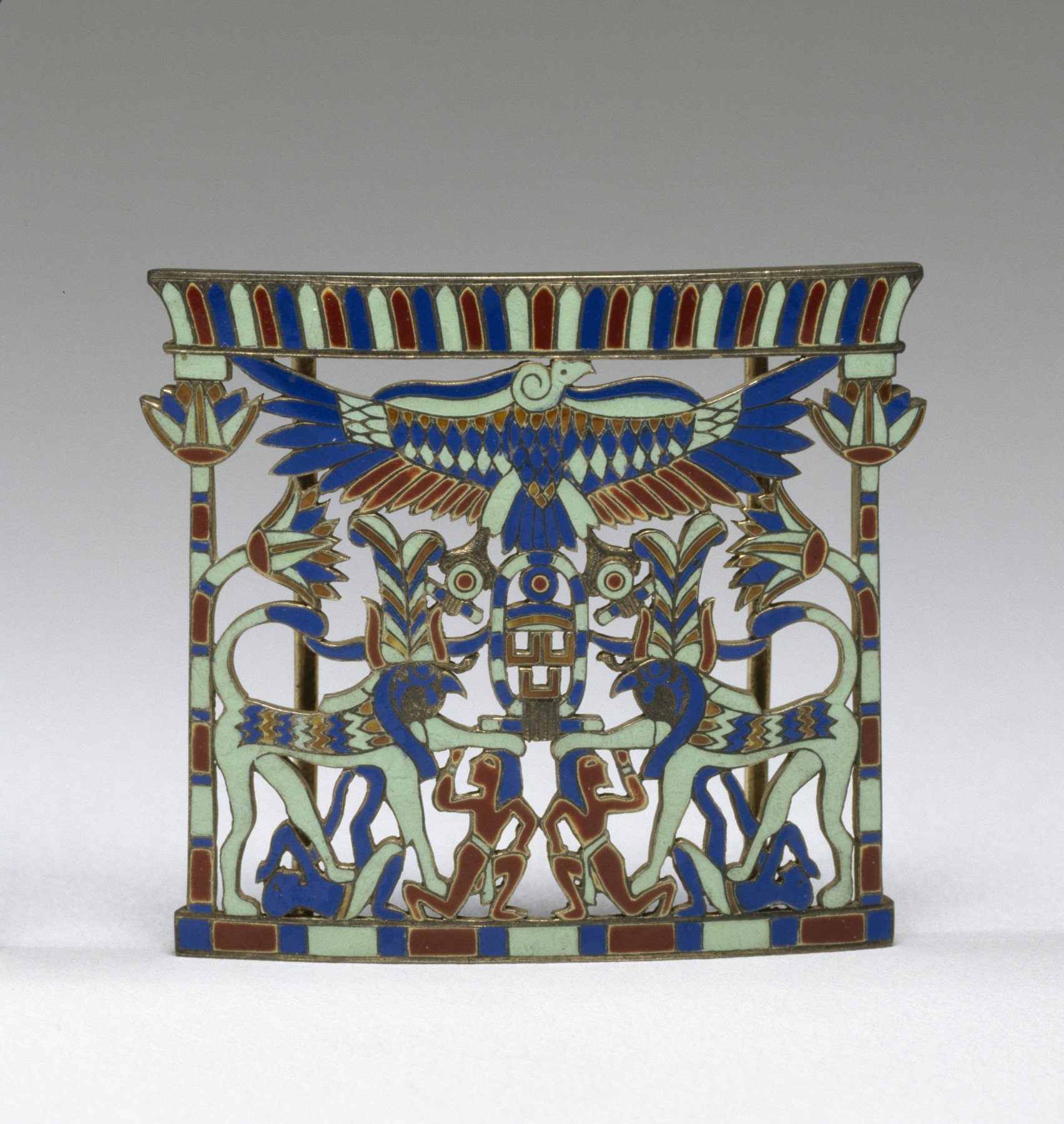 In 1894, Jacques de Morgan excavated several magnificent ancient pectorals from the tomb of Princess Mereret, daughter of Sesostris III, in Dahshur, Egypt. Soon after this discovery, this faithful replica was made. Unlike many Egyptianizing pieces, this example copies the details of the original without major errors or changes; only the size and material are slightly varied: silver and multicolored enamels replaced gold, carnelian, and faience. The brooch, in the form of a kiosk, gives the names of the pharaohs Sesostris III and Amenemhet III from the middle of the 12th Dynasty (19th century BC). Below the wings of a protective vulture, the pharaohs are depicted as sphinxes slaying their enemies. 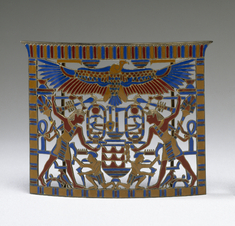