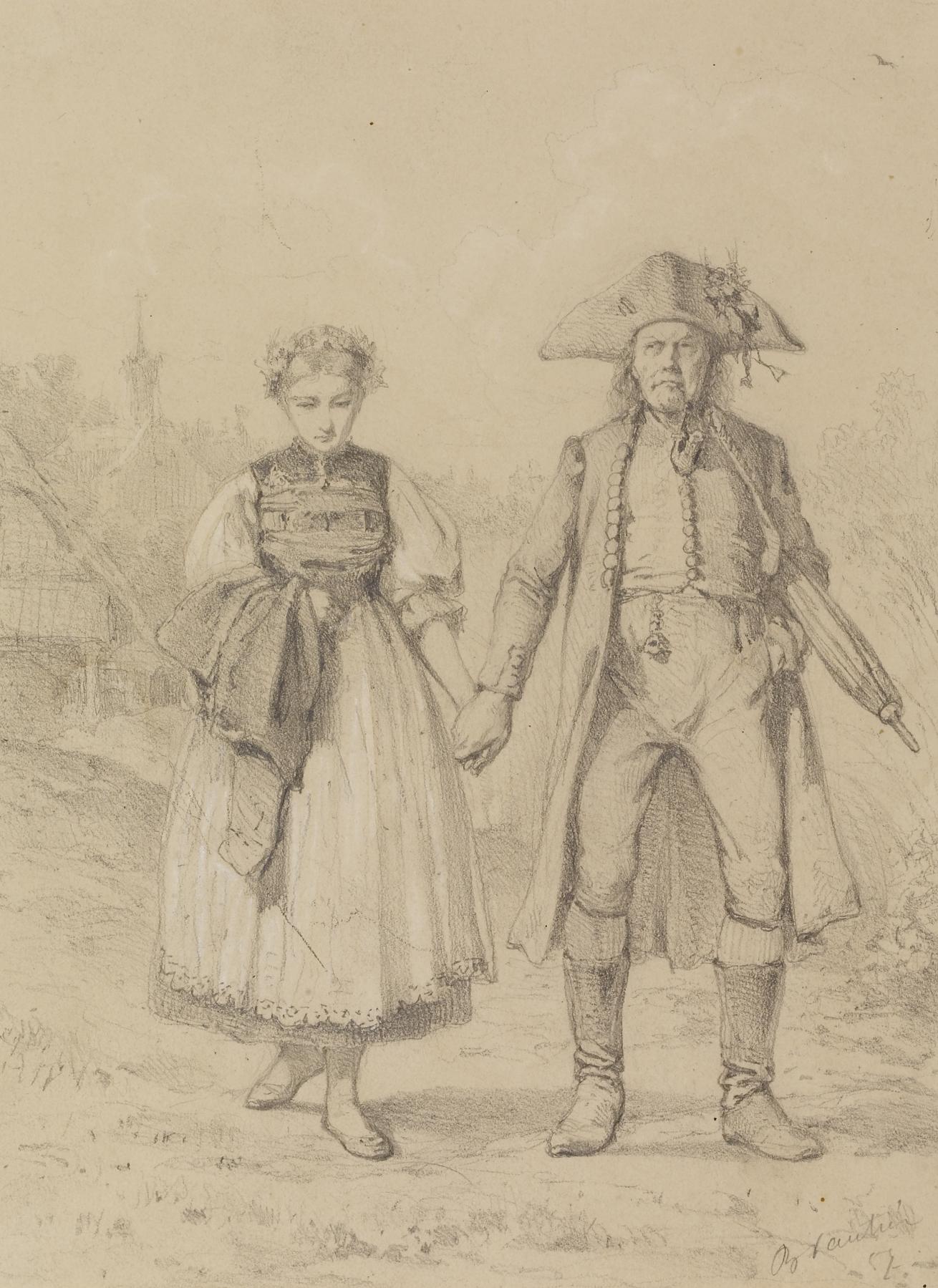 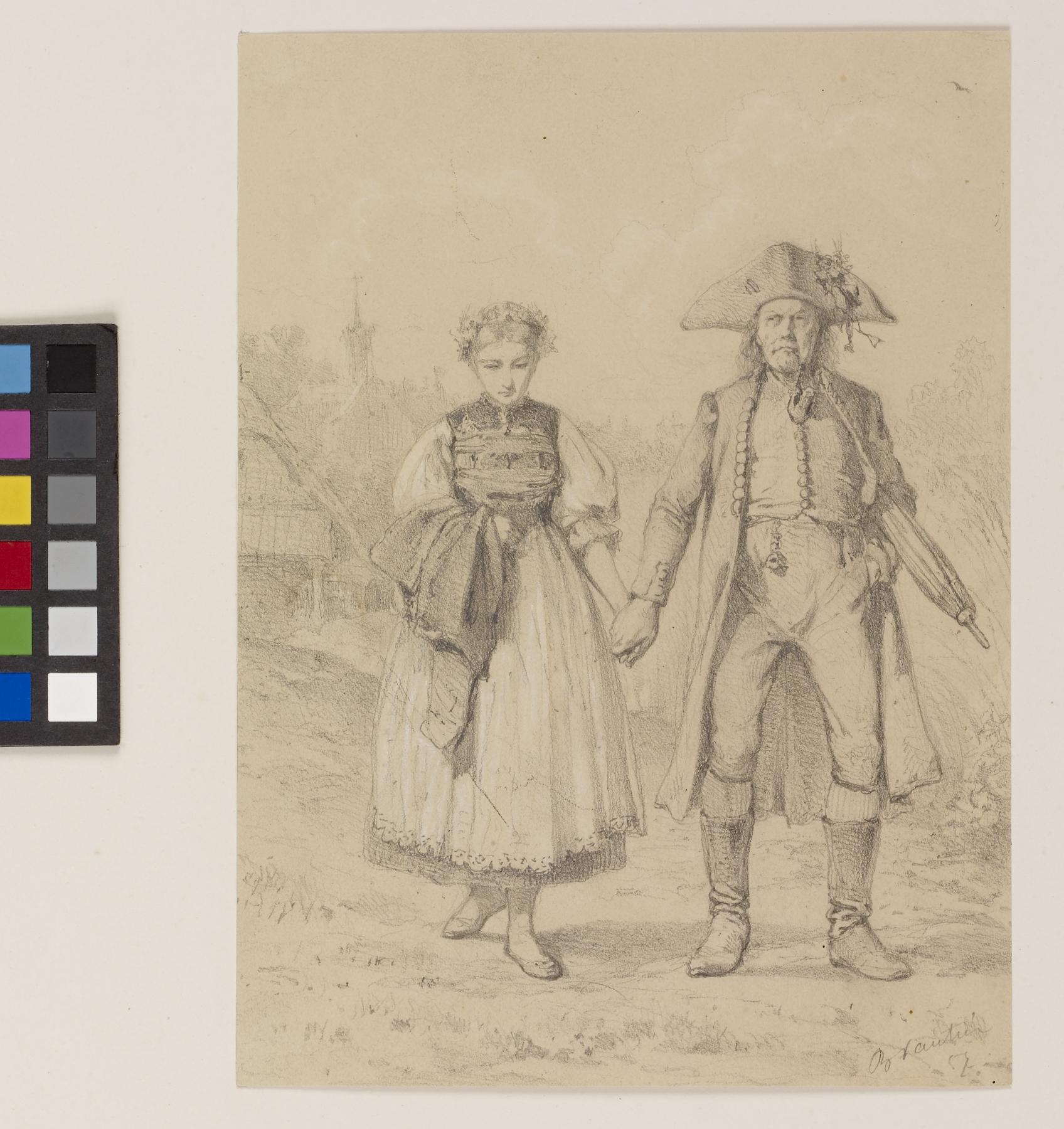 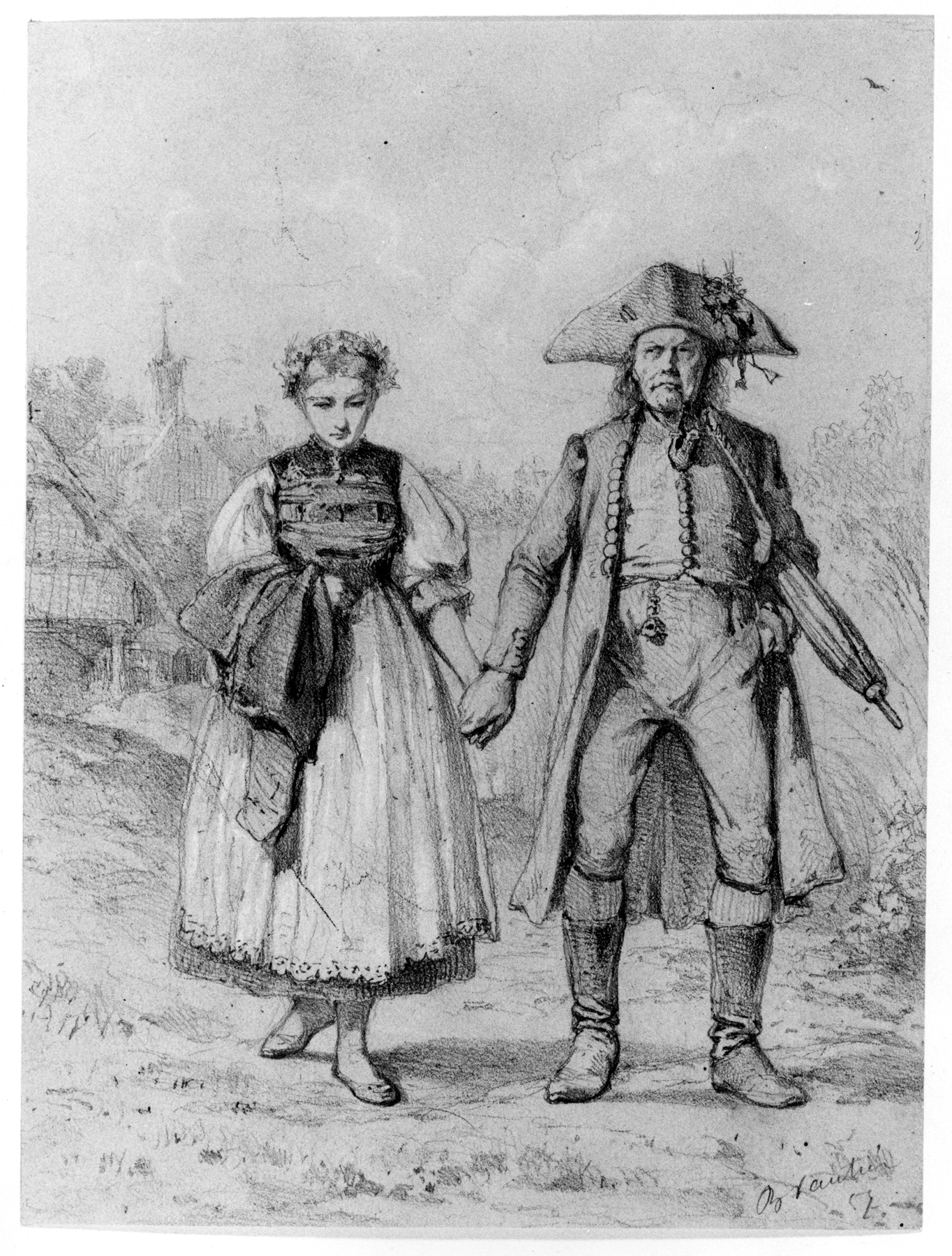 Vautier, a prolific and commercially successful artist during his life time, is often grouped with the best known German academic genre painters of the 19th century, such as Franz von Defregger and Ludwig Knaus. Like Defregger and Knaus, his works were very fashionable, and circulated widely as prints and photographs.

Vautier had studied in Düsseldorf, and after 1858 he settled there. Throughout his life he undertook a journeys into the countryside during which he made studies that would become the basis for later finished works. Peasant life in the Black Forest was a favorite theme. He was particularly skilled as capturing nuanced emotions through gesture and objects. In this more lighthearted scene he depicts a repeatd theme in art: the odd couple - an older man with a beautiful younger woman.