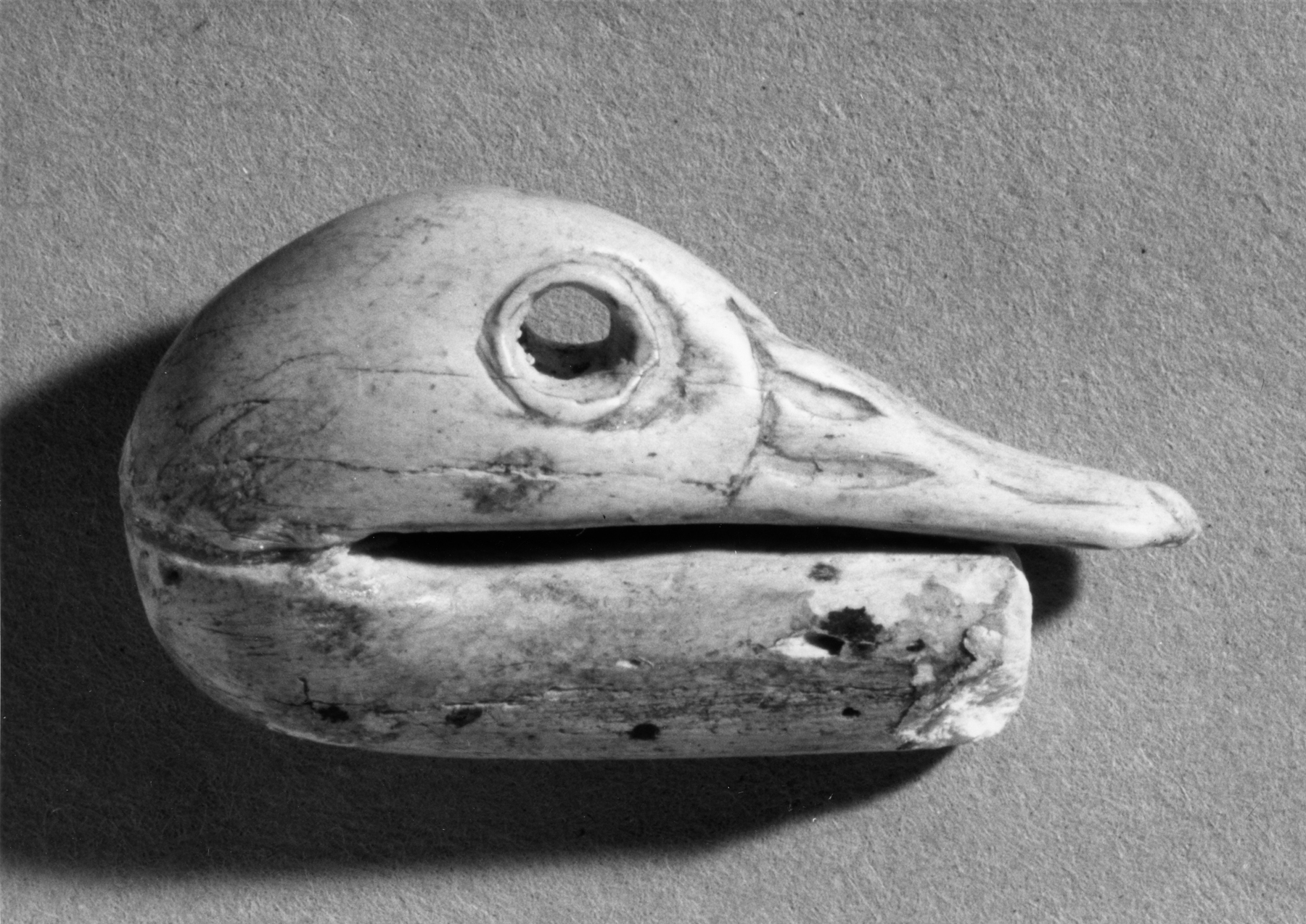 This duck's head turned backward probably formed the finial of a long rod that originally had an ointment spoon at the other end. The round eye with well-marked tear ducts is perforated (for inlay (?)). The bill markings are indicated by incisions.