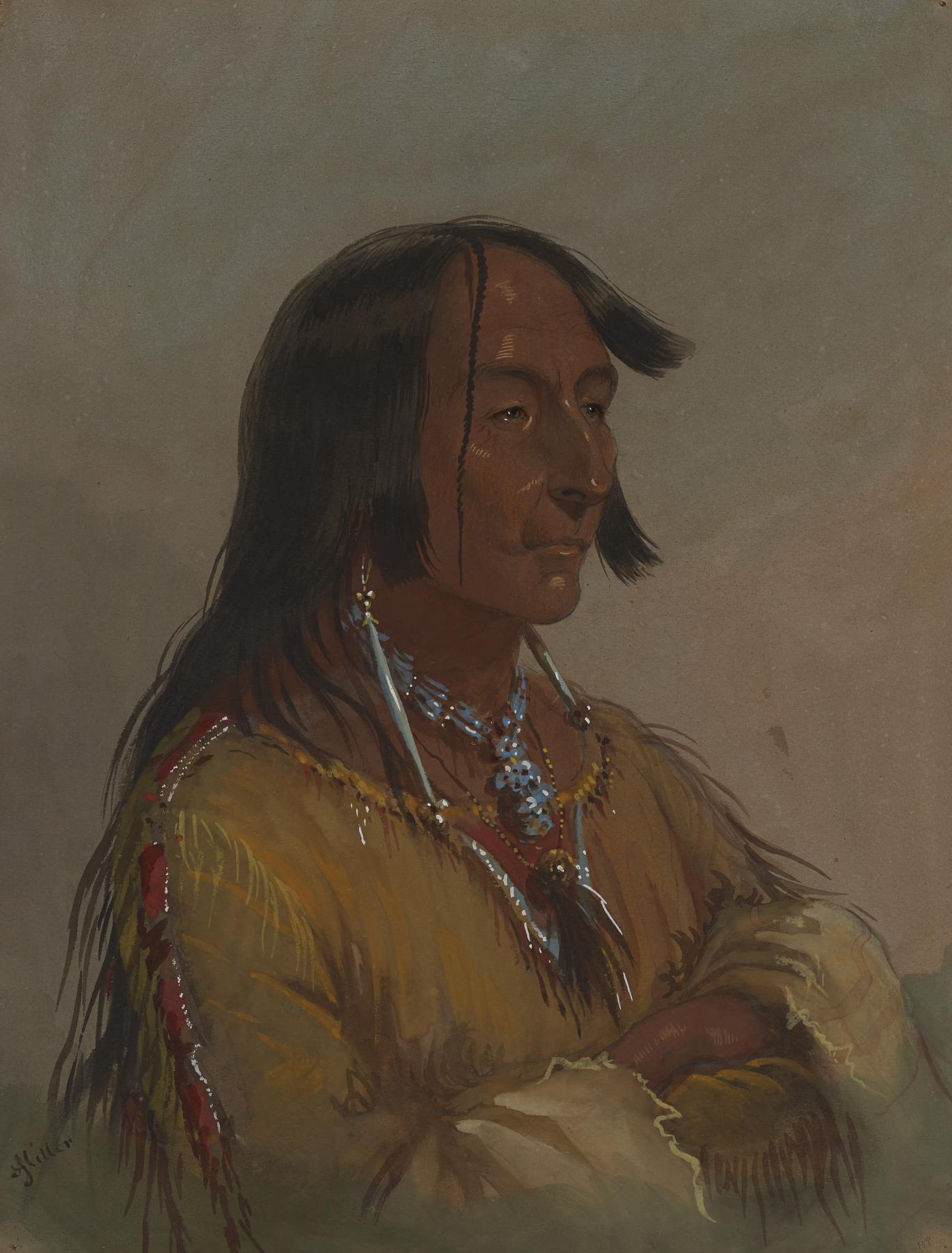 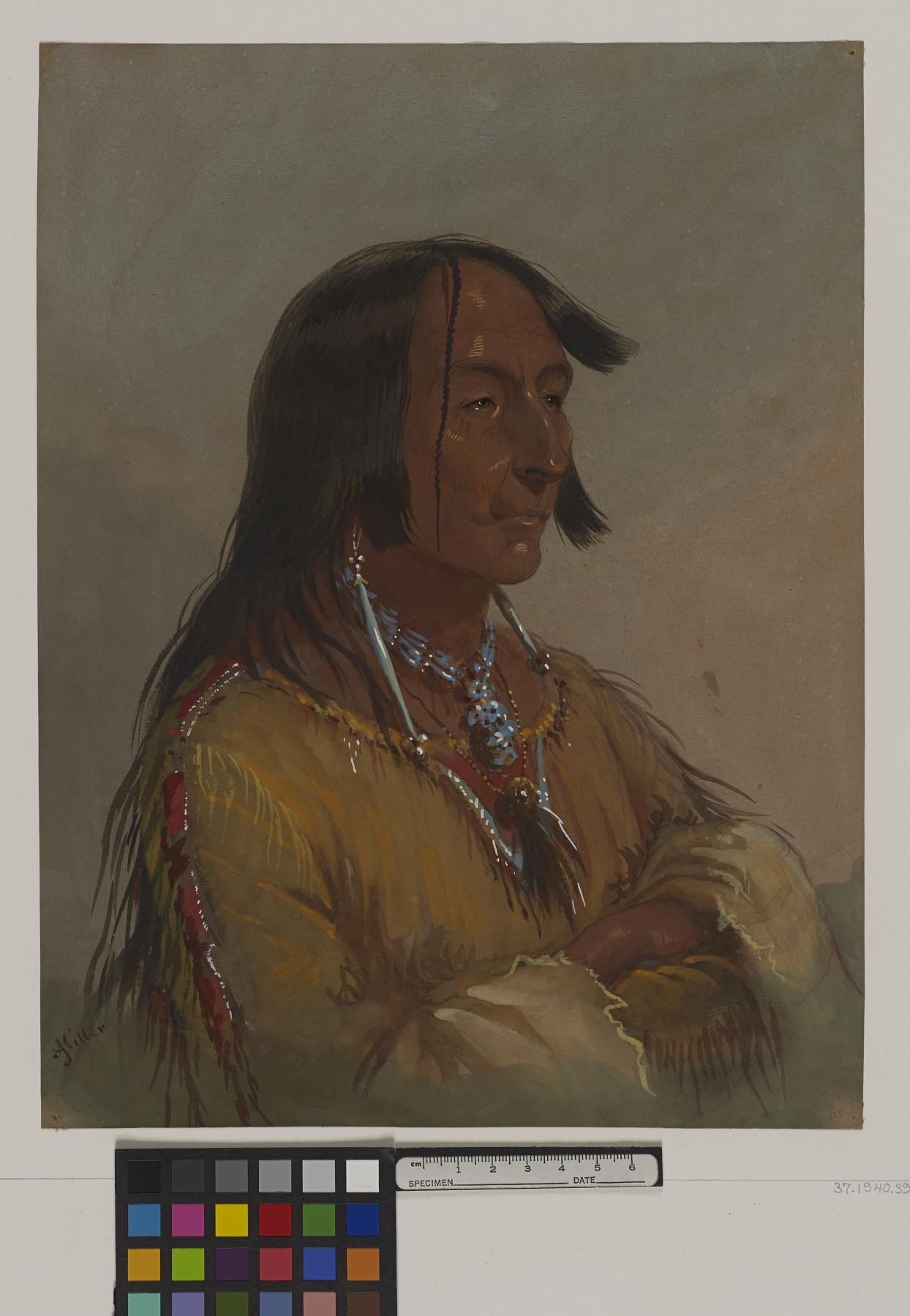 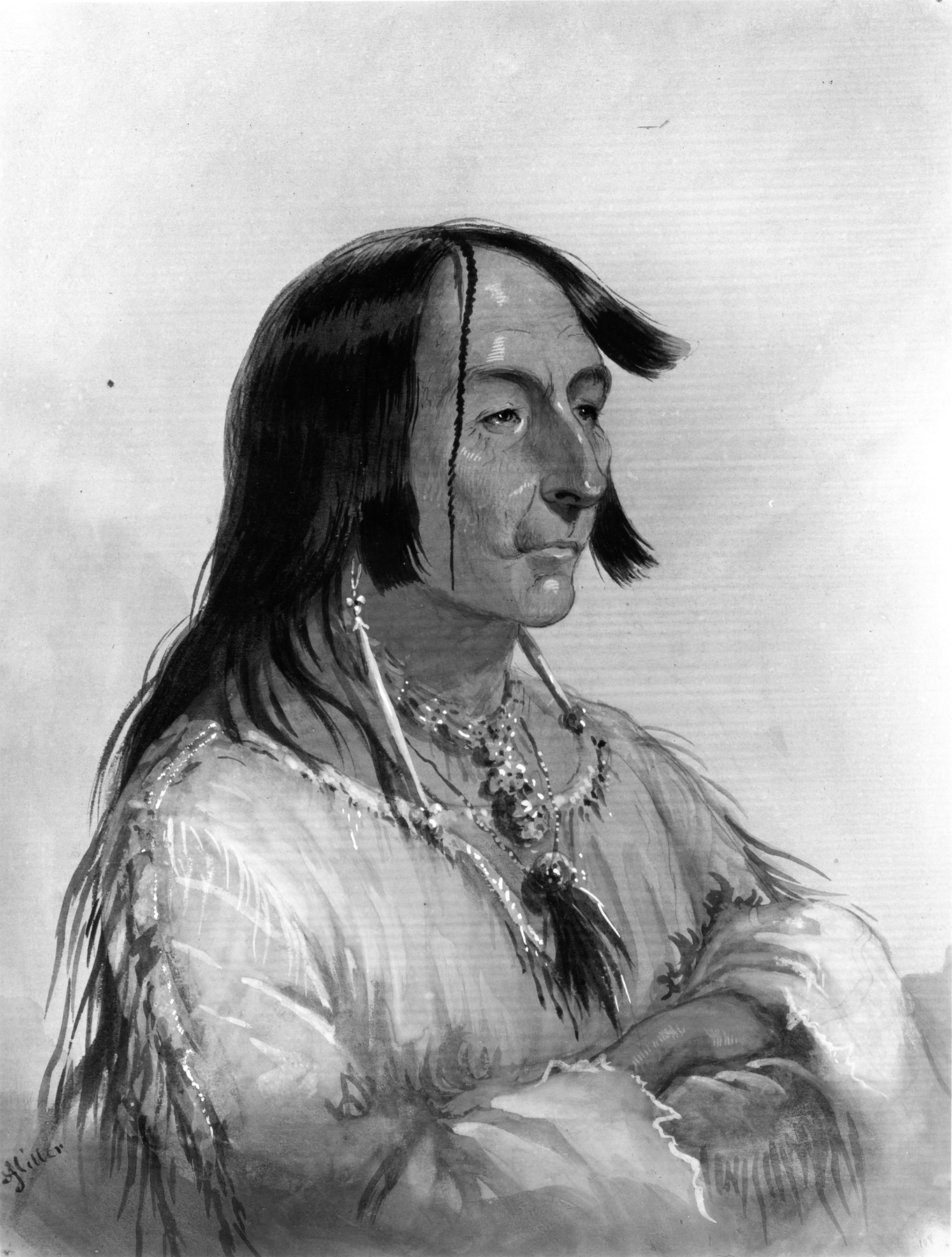 Miller was impressed with Shim-a-co-che (High Lance), the Crow chief, a distinguished man, "full of dignity, and such as you might look for in a well-bred civilized gentleman." Miller noted his "grave look," the "well-cut Roman nose," and the "forehead [that] retreats overmuch...," and recalled that Shim-a-co-che had protested that some of the other sitters for Miller's portraits were common Indians who had counted no coups and did not deserve to be painted. - Extracted from "The West of Alfred Jacob Miller" (1837).