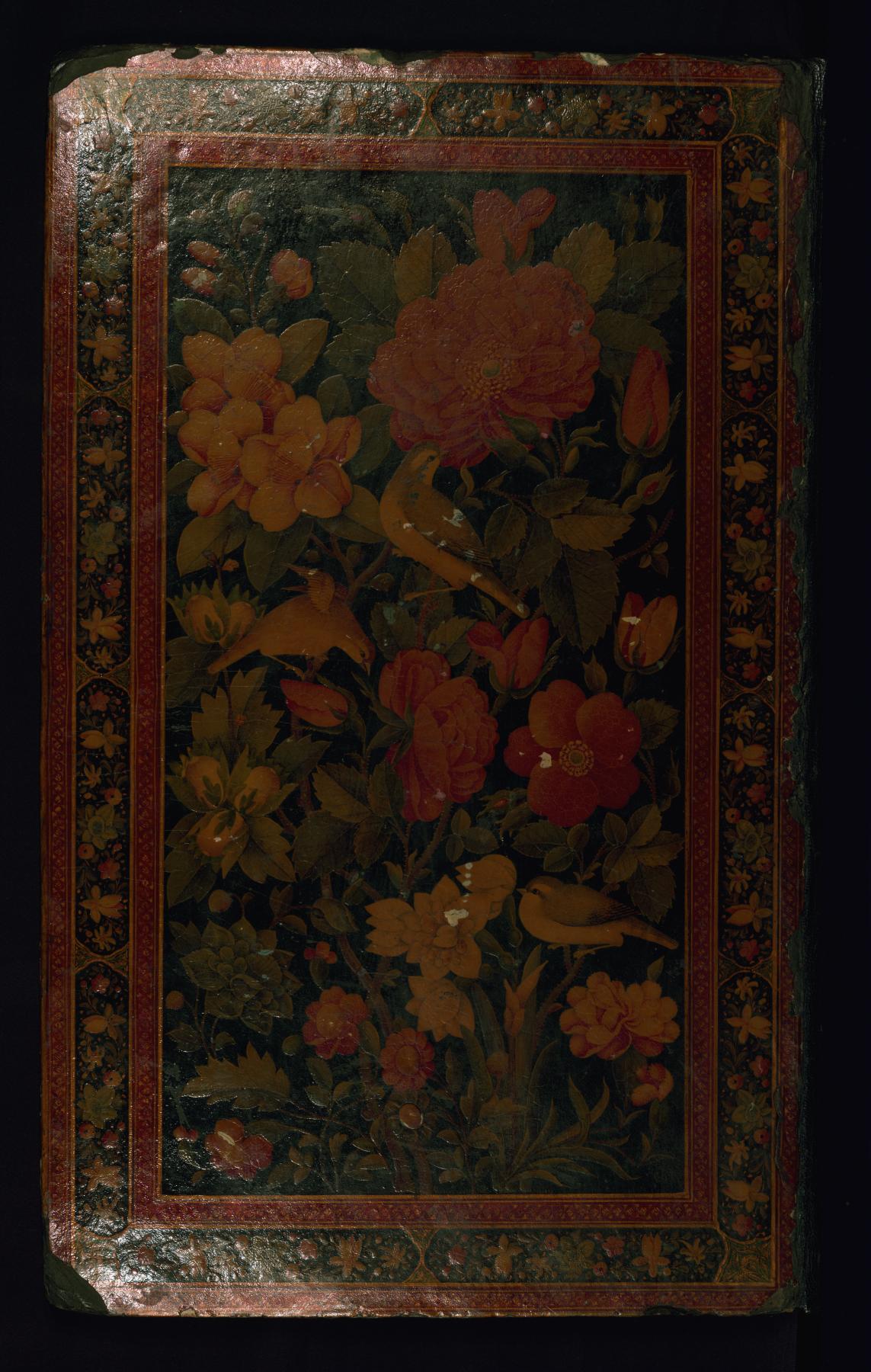 The Lights of Canopus

Walters manuscript W.599 is an illuminated and illustrated copy of Anvar-i Suhayli (The lights of Canopus), dating to the 13th century AH/AD 19th. It is a Persian version of Kalilah wa-Dimnah (The fables of Bidpay). It was completed on 26 Jumadá I 1264 AH/AD 1847 by Mirza Rahim. The text is written in Nasta'liq script in black and red ink, revealing the influence of Shikastah script. There are 123 paintings illustrating the text. The Qajar binding is original to the manuscript.