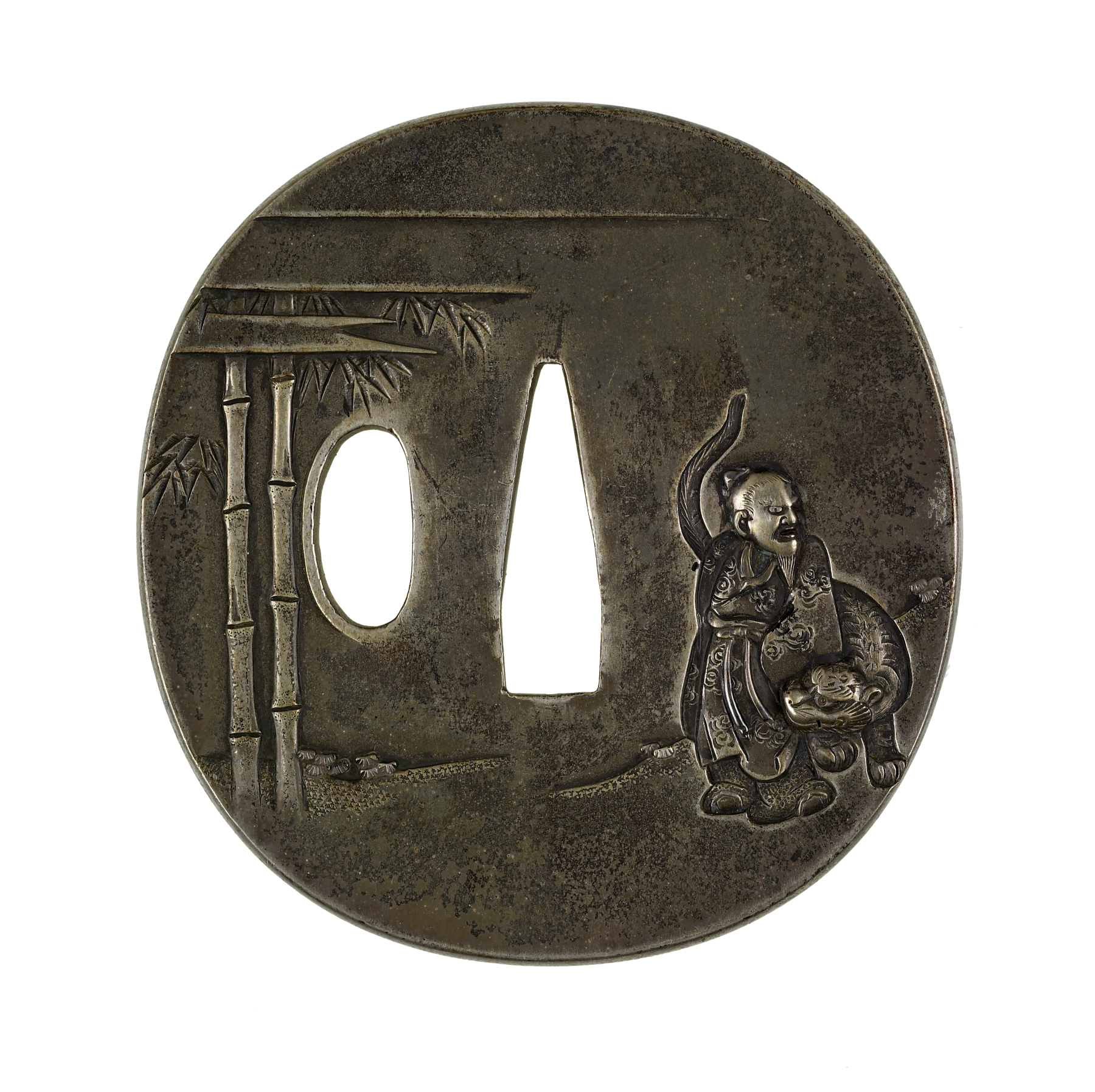 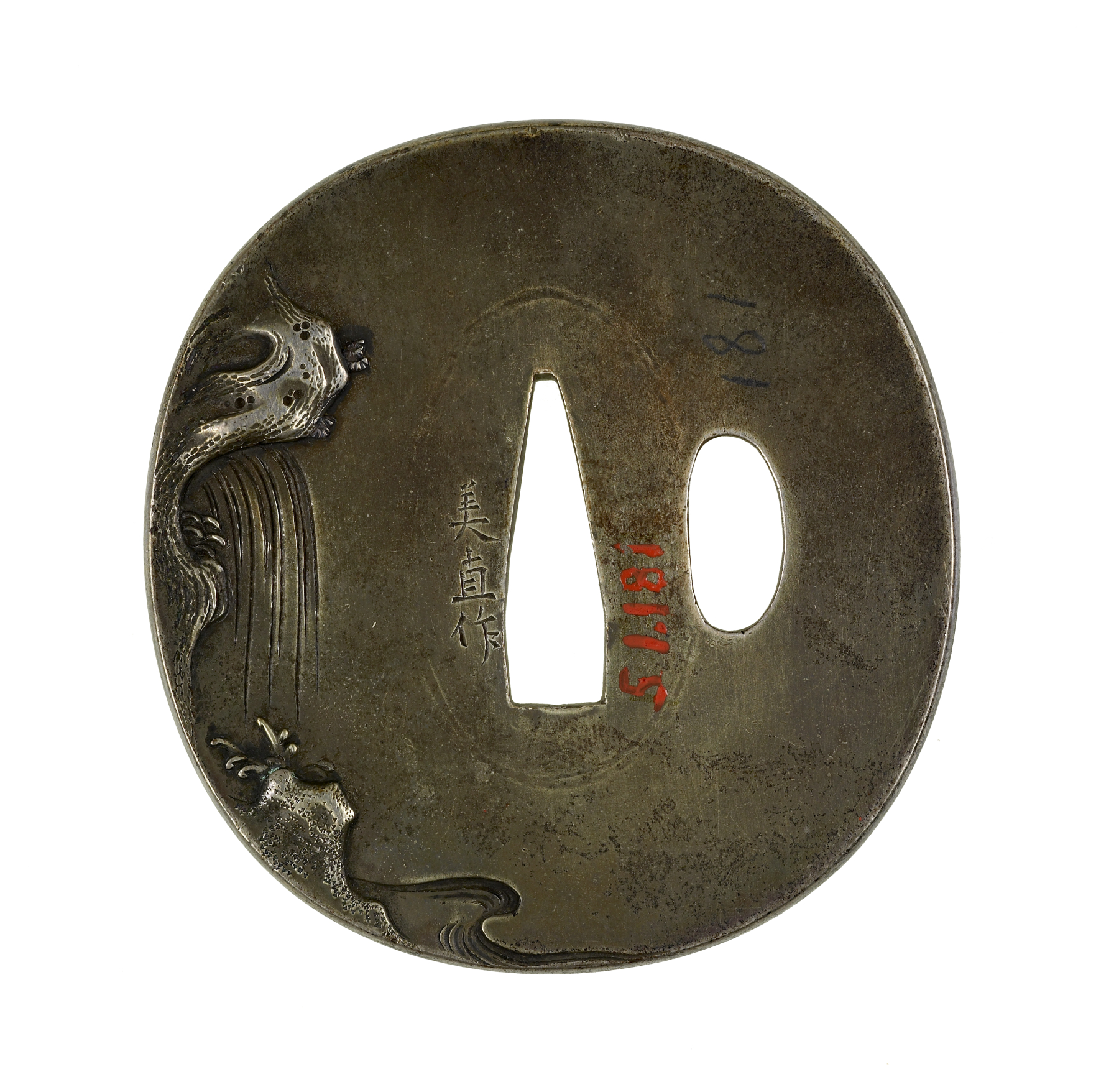 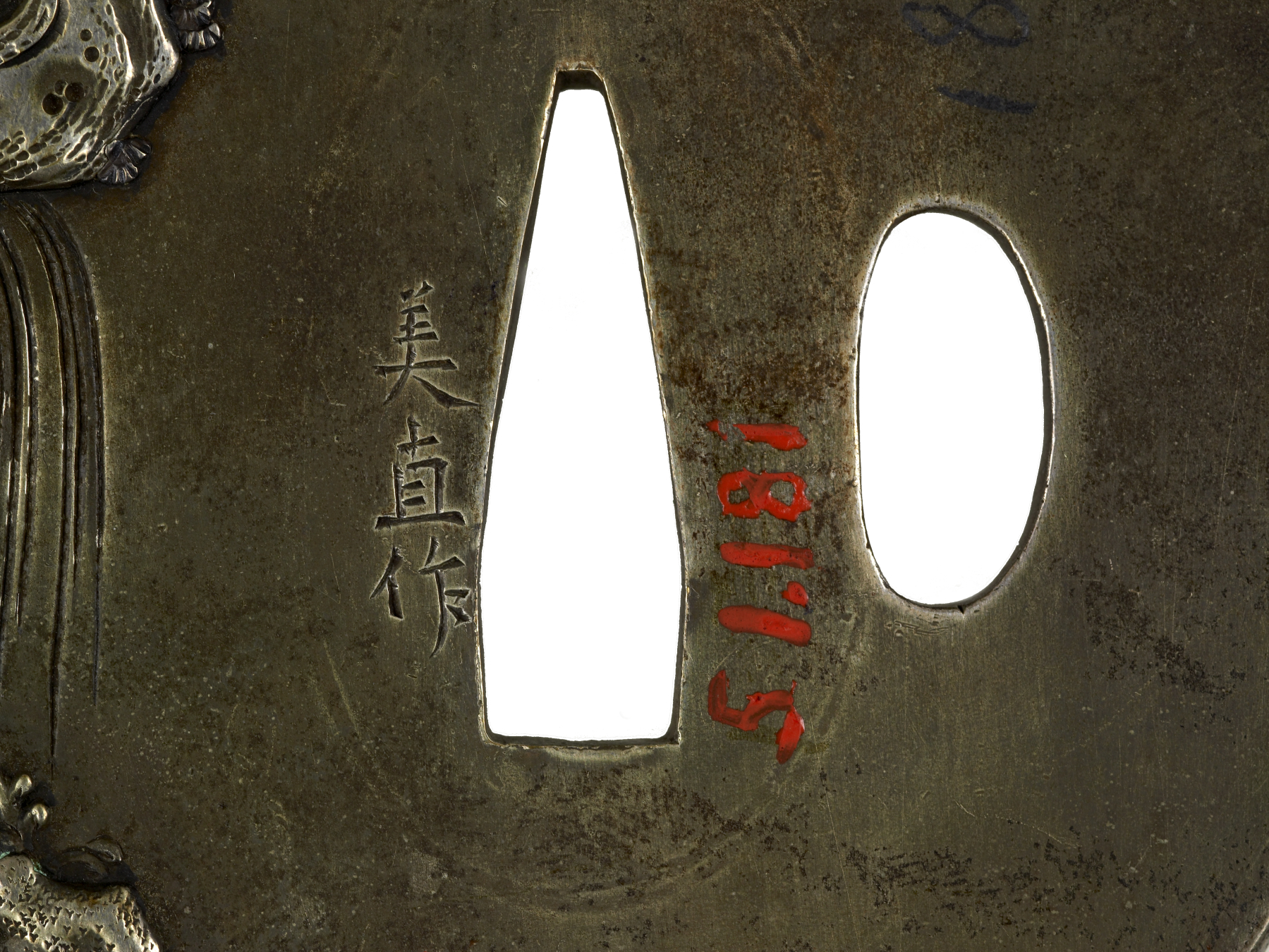 Tsuba with an Immortal with His Tiger

On the right side of this tsuba is a Chinese immortal standing with a tiger. It is either Bukan (Ch. Fung Gan), who would ride his tiger around his monastery to shock others or the Taoist sage Koreijin (Ch. Gu Lingren), who is accompanied by his white tiger. Tigers are said to turn white when they reach the age of five hundred years. The tiger demonstrates the power of sage's wisdom, because he was able to tame such a strong animal. On the left is a bamboo grove.