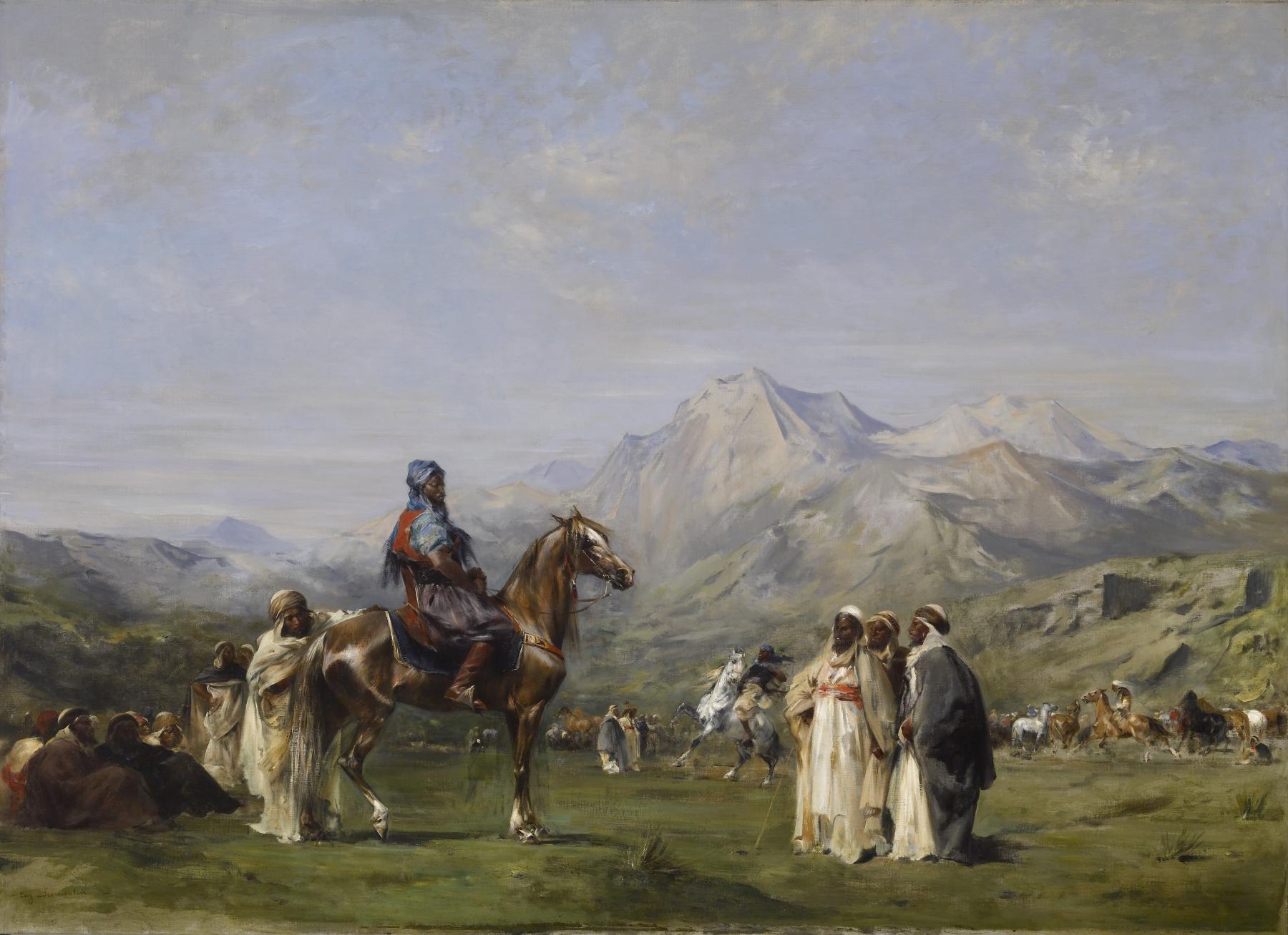 An Encampment in the Atlas Mountains

Prosper Dorbec in "L'Hellénisme d'Eugène Fromentin," in the "Gazette des Beaux-Arts," 5th per. 9 (1924): 30-31, singled out Fromentin as a classicist among Orientalists. For the painter-writer, according to Dorbec, the desert and the ramparts of Aïn Mahdy became the plains of Ilium. In this spacious view, characteristic of the artist's production in the mid-sixties, the bold silhouettes of the horsemen, their generalized treatment and the essentially static composition reaffirm the classical character of Fromentin's painting.

Shown are a group of Arabs examining a horse being displayed for sale. A rather similar composition, "Horse Market in Algeria," 1867, appeared on the New York art market in 1913. Related studies include a view similar to the group of would-be purchasers in this scene, "Five Standing Arabs," 1874, The William Hayes Ackland Memorial Art Center, 76.36.1; a smaller subject sold in the Verdé-Delisle Collection, Paris, Hôtel Drouot, May 29, 1879, no. 35; and a three-figured composition sold at the Hôtel Drouot, Paris, March 12, 1943, no. 26.