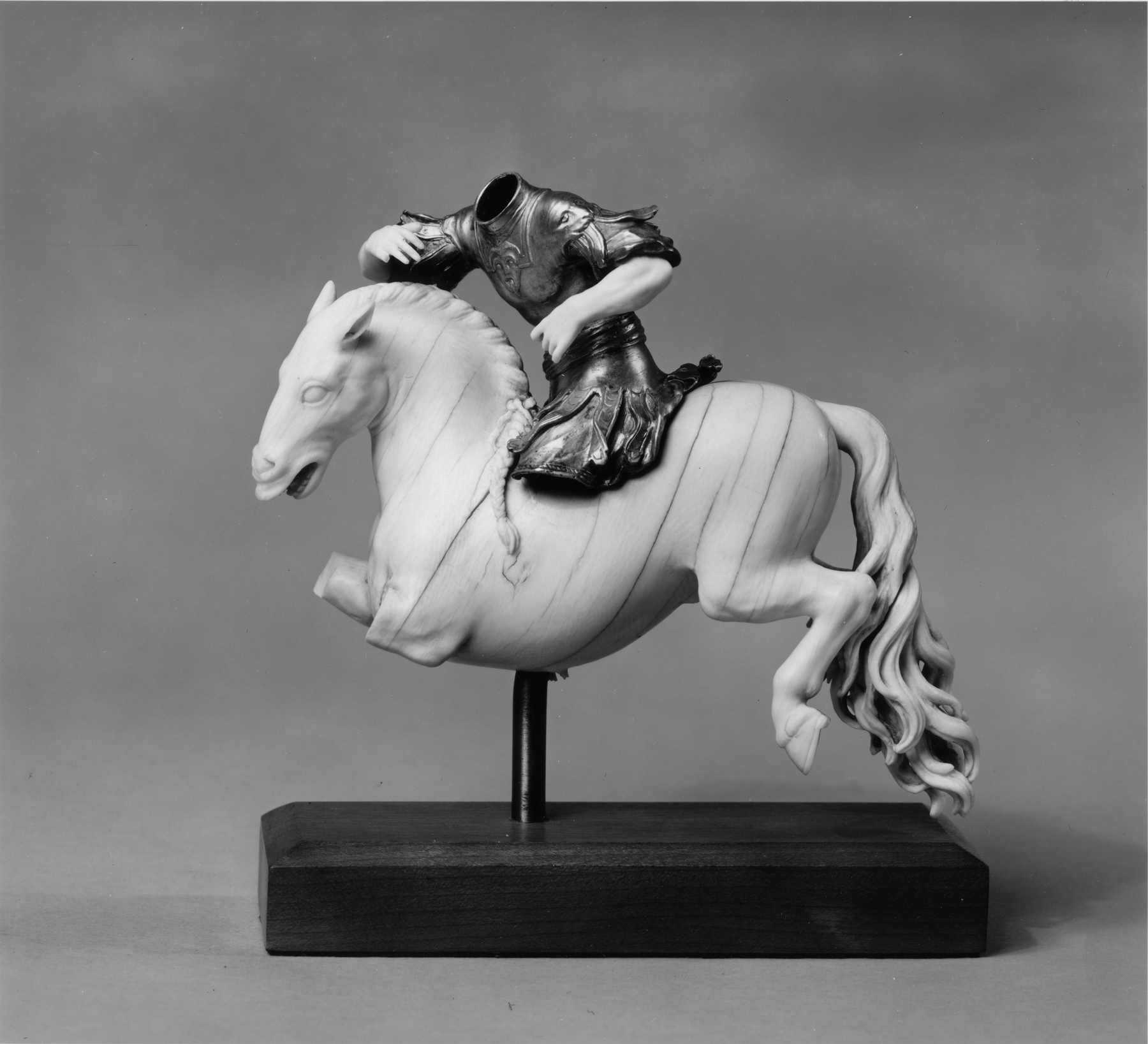 Chryselephantine work is unusual in the Baroque period, although a number of works utilizing ivory and contrasting dark wood were created. The rider wears a Roman cuirass of cast silver. His arms are ivory as were his missing head and legs. The spirited horse, with mouth open and ears laid back, is at full gallop. The finely carved tail is made in two sections. The braided mane terminates in a long pigtail with a ribbon.

The rider's head and legs are missing, and the horse's forelegs and right hind leg are broken. There is an original hole in the horse's underside for a support, and there are fragments of attached ivory which may have been plants or flames.

The subject is suggested by an ivory at Schloss Ansback attributed to the sculptor Ignaz Elhafen, showing Marcus Curtius leaping into the pit. The Ansback ivory was made in several sections. While this method may have been dictated by its size (it is larger than the Walters example), it suggests that the front legs of the horse in the Walters fragment may have been separate pieces.