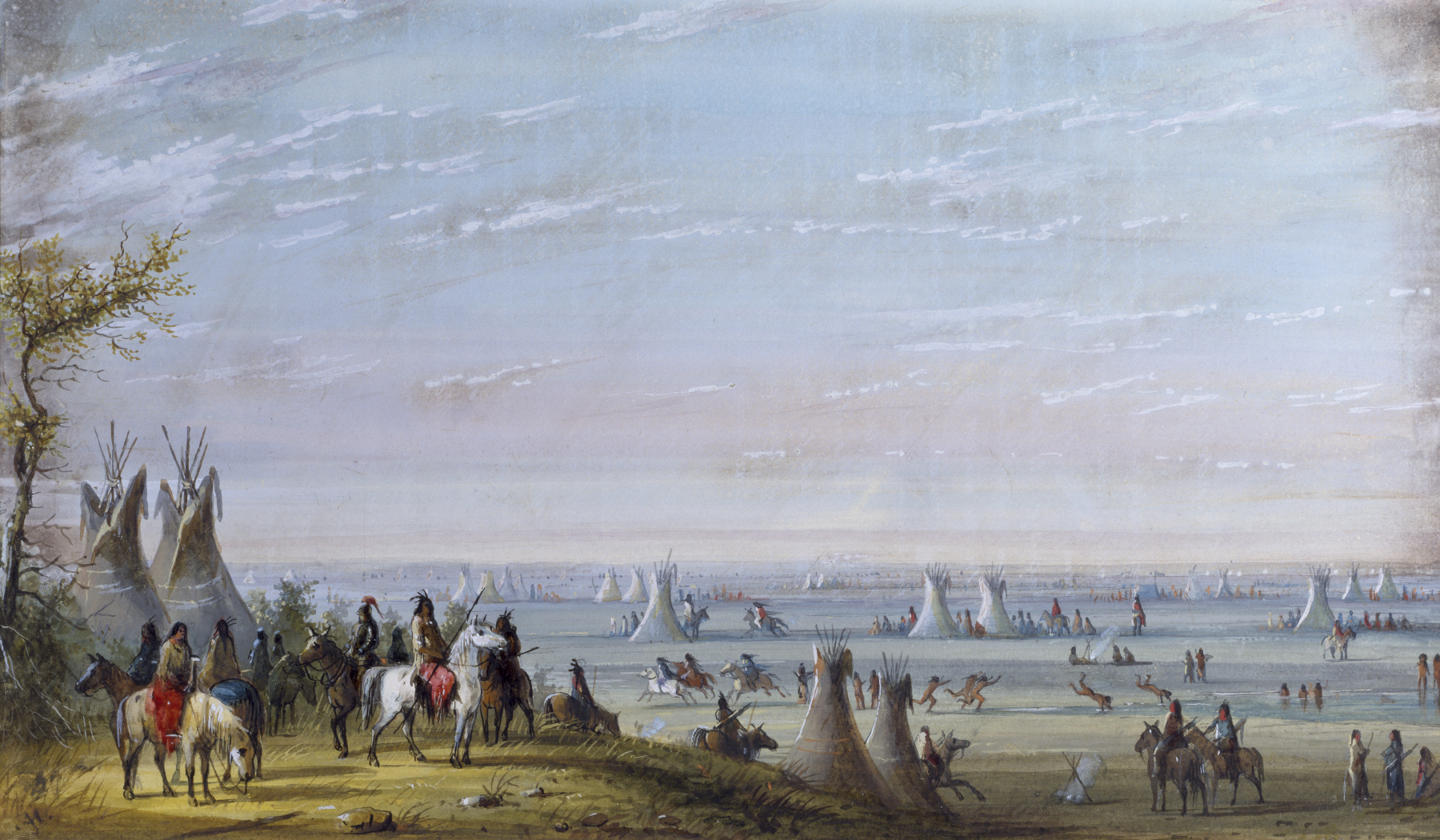 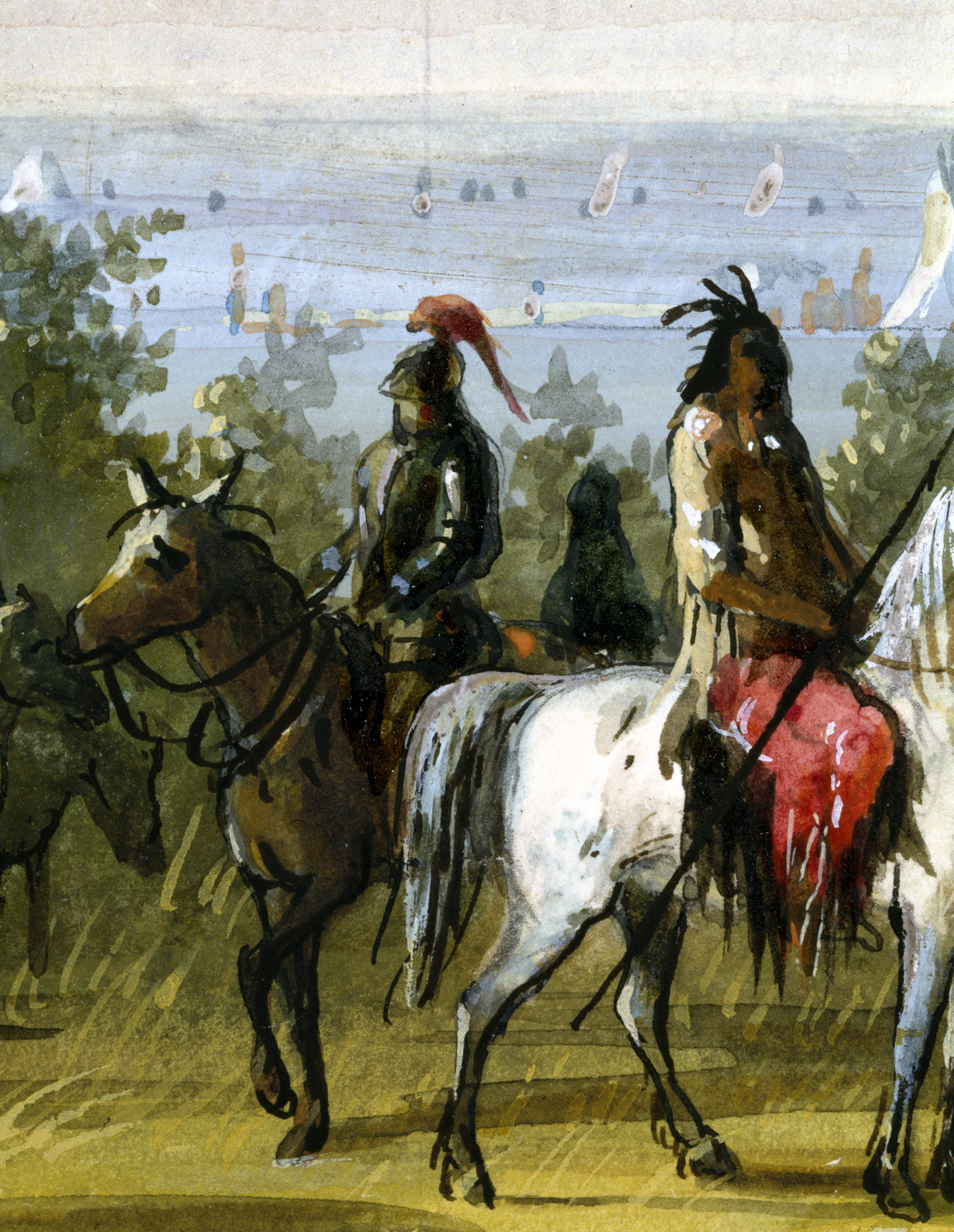 "The scene represented is the broad prairie; the whole plain is dotted with lodges and tents, with groups of Indians surrounding them;- In the river near the foreground Indians are bathing; to the left rises a bluff overlooking the plain whereon are stationed some Braves and Indian women. In the midst of them is Capt. Bridger in a full suit of steel armour. This gentleman was a famous mountain man, and we venture to say that no one has travelled here within the last 30 years without seeing or hearing of him. The suit of armor was imported from England and presented to Capt. B. by our commander;- it was a fac-simile of that worn by the English life-guards, and created a sensation when worn by him on stated occasions." A.J. Miller, extracted from "The West of Alfred Jacob Miller" (1837).