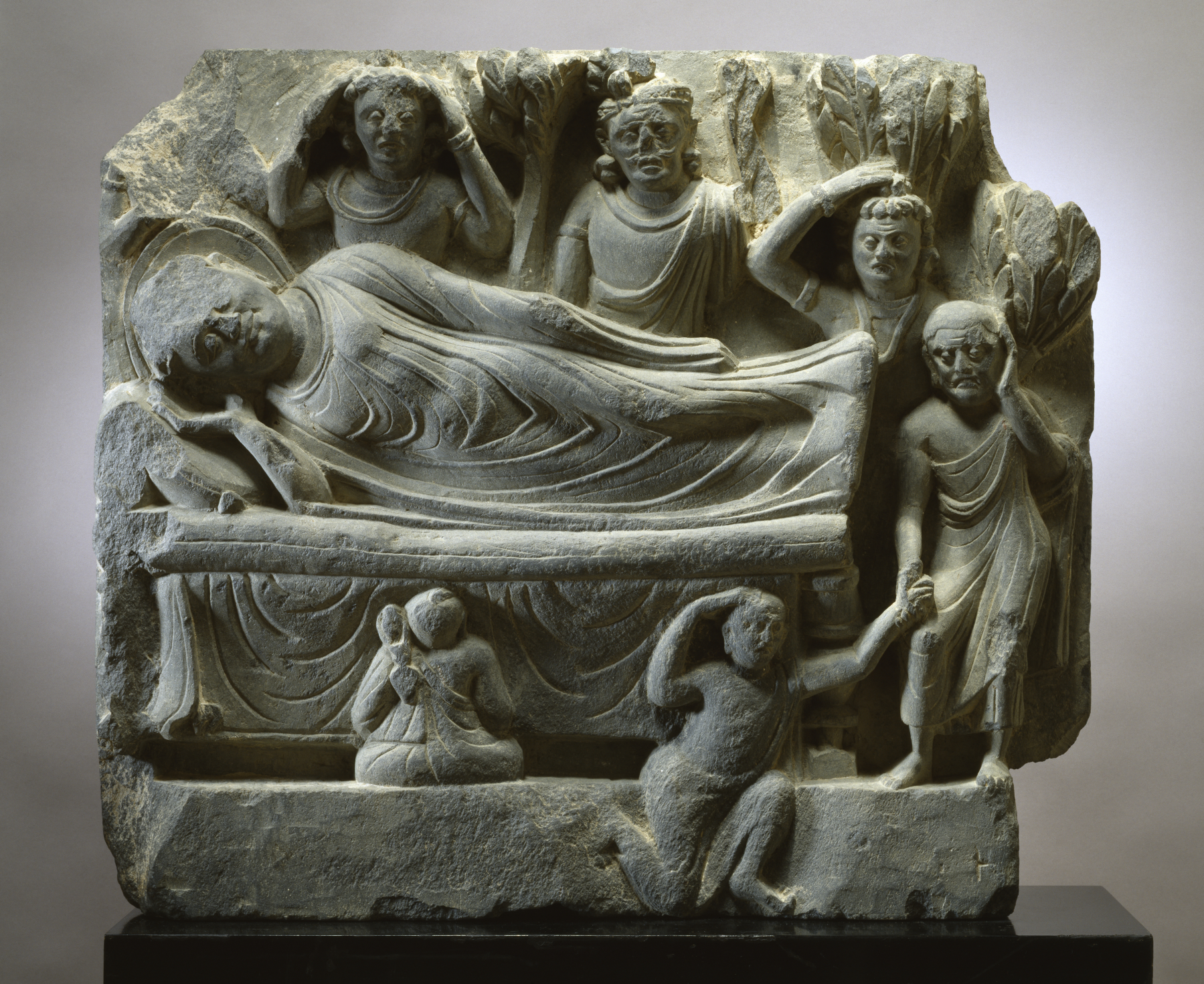 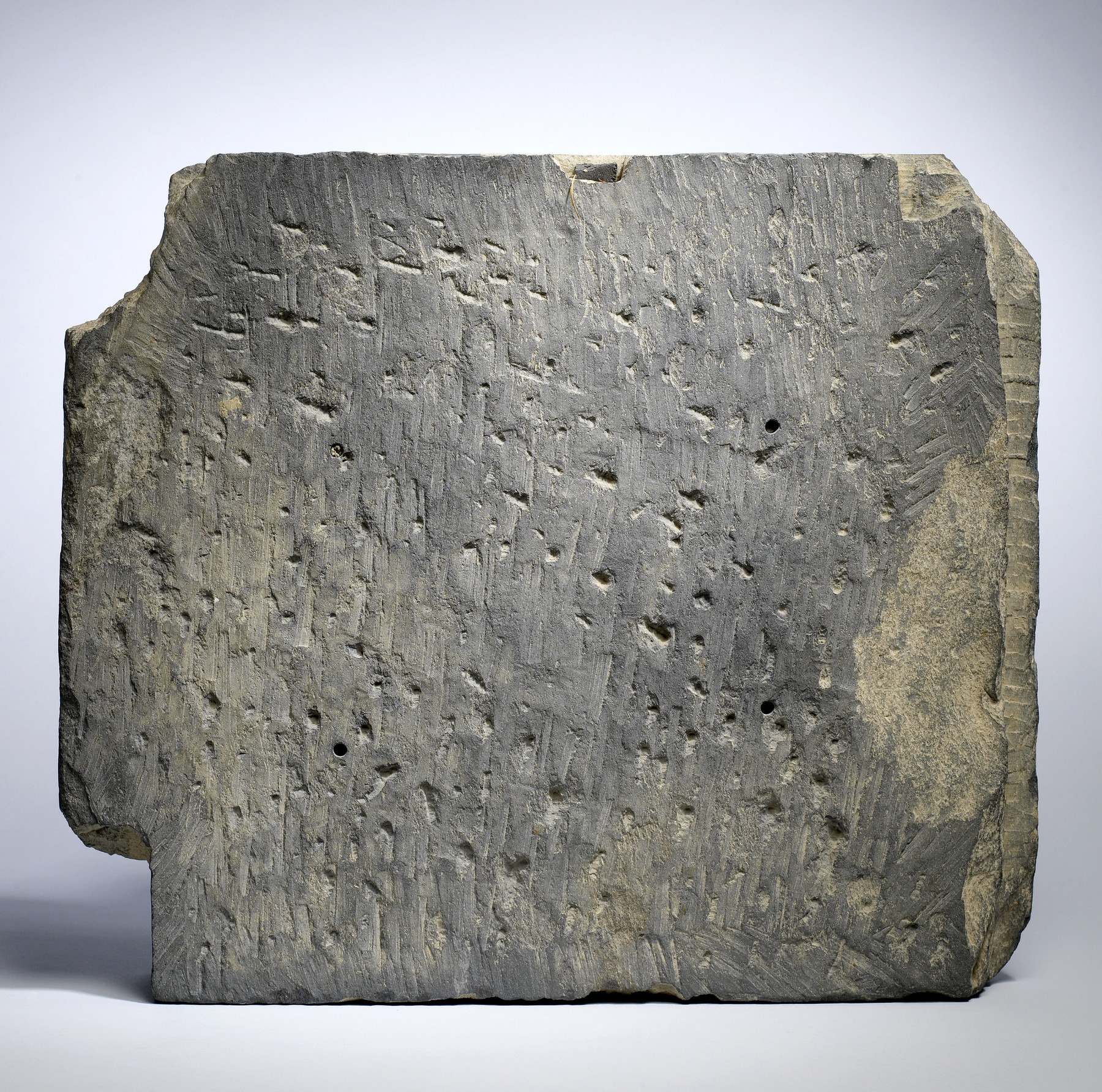 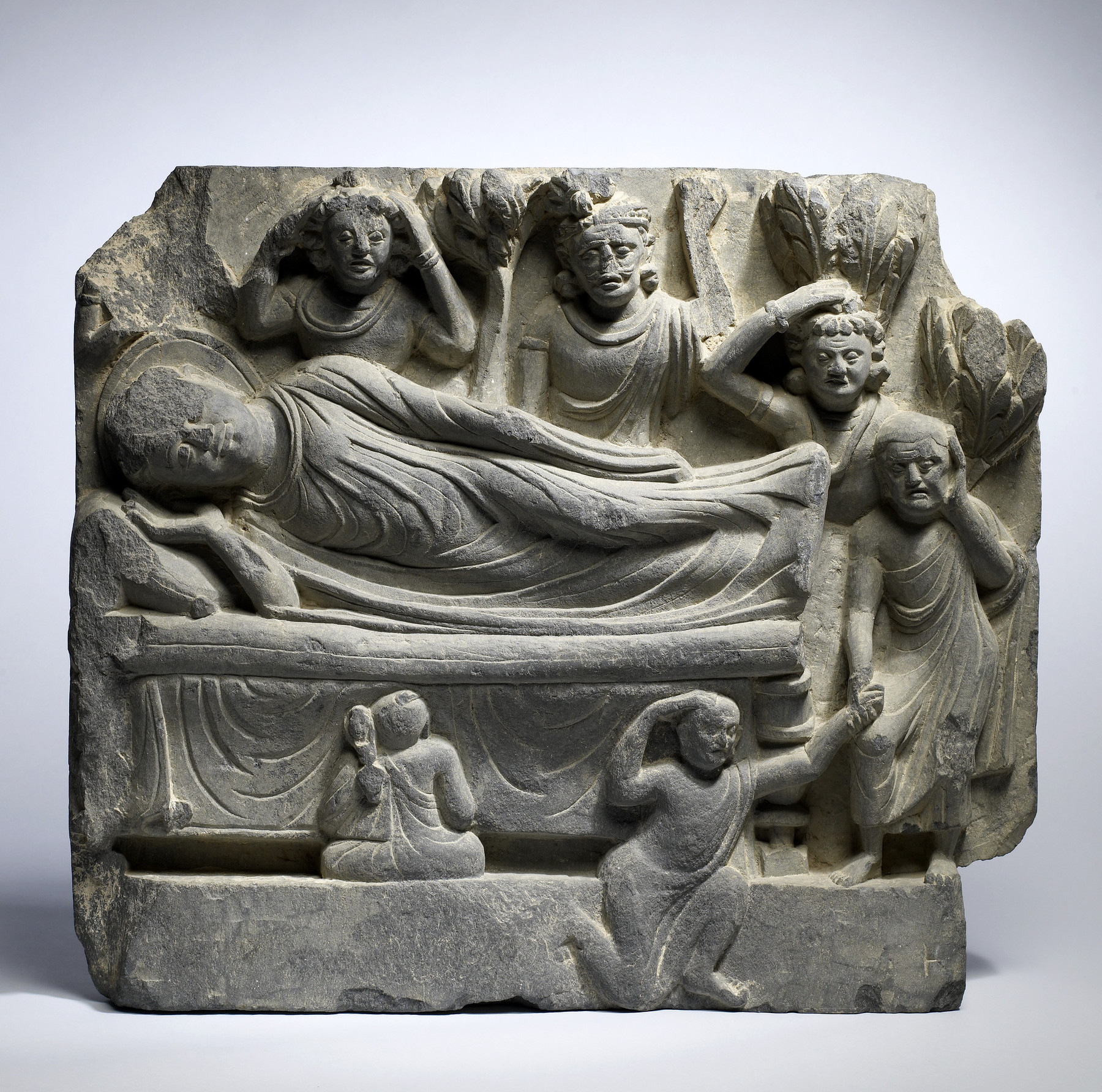 Death of the Buddha

This relief panel featuring a scene from the life of the Buddha was made to adorn the surface of a stupa, a sacred mound, usually encased in brick or stone, containing relics of the Buddha or one of his followers. This panel depicts the death of Buddha Shakyamuni, when he passed into "nirvana," the end of his cycle of rebirth. The three disciples standing behind him raise their arms in grief; two monks at his feet similarly mourn his death. However, one monk—identified as Subhadra, the Buddha’s last convert—sits calmly at the Buddha’s bedside, remembering that the Buddha has attained "nirvana," a state of non-existence and freedom from suffering.

Born in Lumbini (present-day southern Nepal, the historical Buddha, Siddhartha Gautama (ca. 563–483 BCE), attained enlightenment when he was 35 years old at Bodh Gaya in northeastern India. He gave his first sermon in a deer park at Sarnath, close to Bodh Gaya, and spent the following 45 years teaching. According to some traditions, he died when he was 80. The Buddha’s body was cremated and distributed among his followers. The stupas that guarded his remains became important pilgrimage sites for Buddhists.