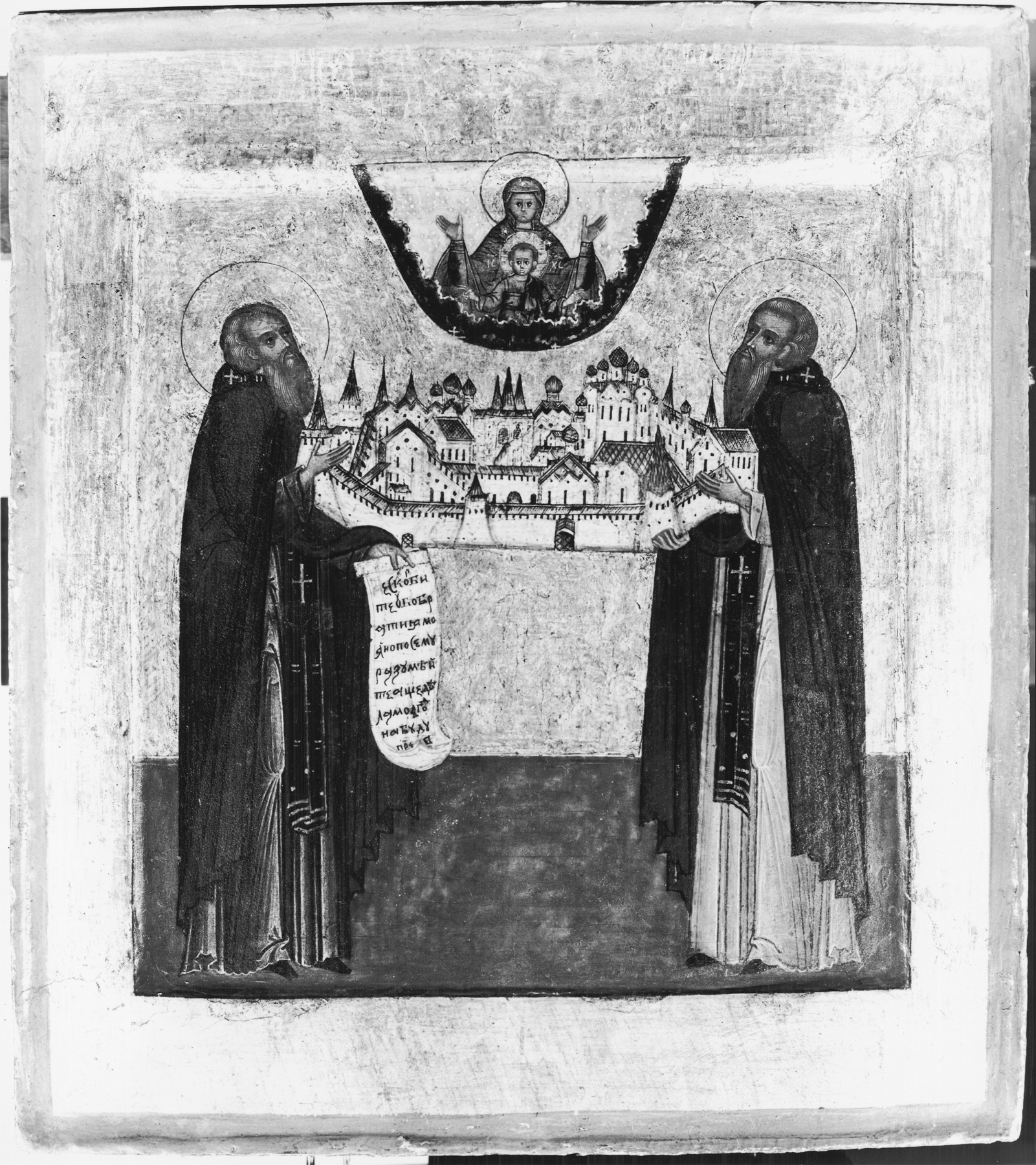 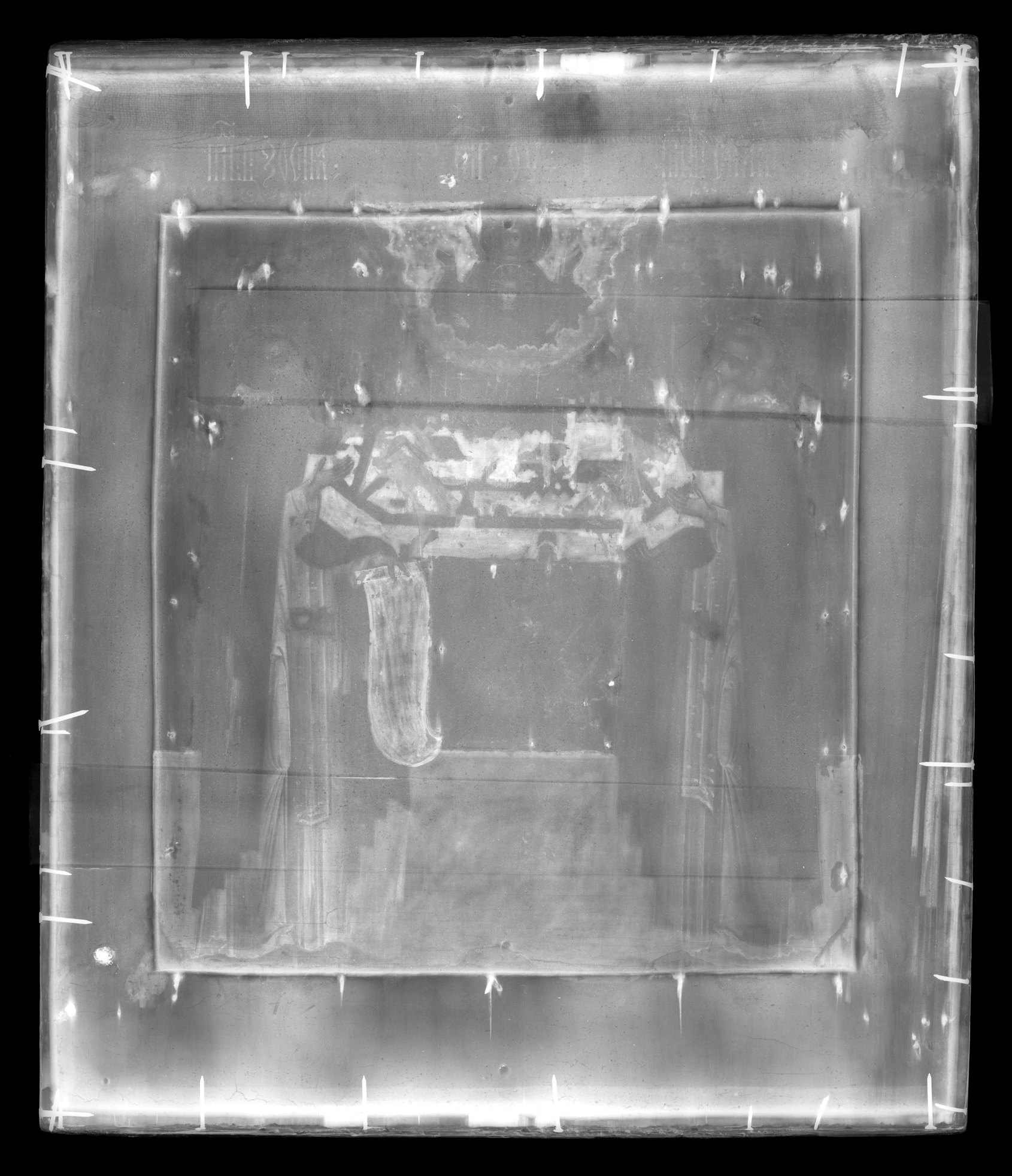 In 1436, the two monks (later saints) Zosimus and Sabbatius founded the monastery of Solovki on an island in the White Sea, Northern Russia. This posthumous portrait shows them presenting to the Virgin and Child a detailed model of their foundation. Zosismus also holds a scrolls with the last words he addressed as advice to his monastic brethren from his deathbed.