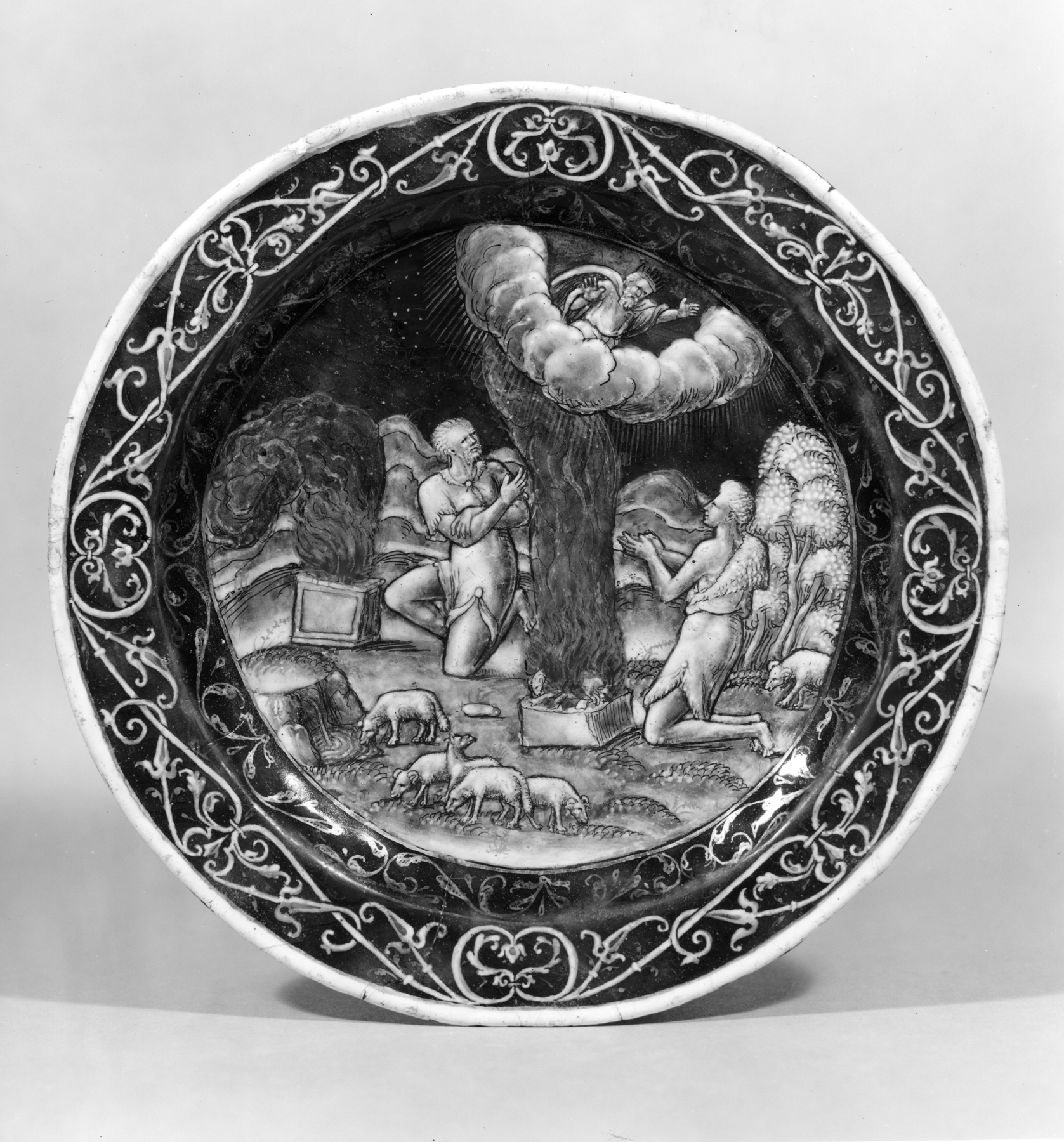 The Sacrifice of Cain and Abel

This plate is a companion piece to Walters 44.56. At the right Abel kneels in prayer before the small square altar on which the flame of his offering mounts straight heavenward, while his brother Cain, kneeling at left center, turns in dismay from his altar where the flames of his crop-offering do not mount. In the foreground Abel's sheep graze in the landscape. Above in the clouds God the Father, wearing a crown, appears to Abel who had offered "...the firstlings of his flock, and of their fat: and the Lord had respect to Abel, and to his offerings. But to Cain and his offerings he had no respect..." (Genesis 4:4-5). 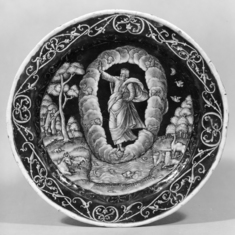 Creation of the Animals