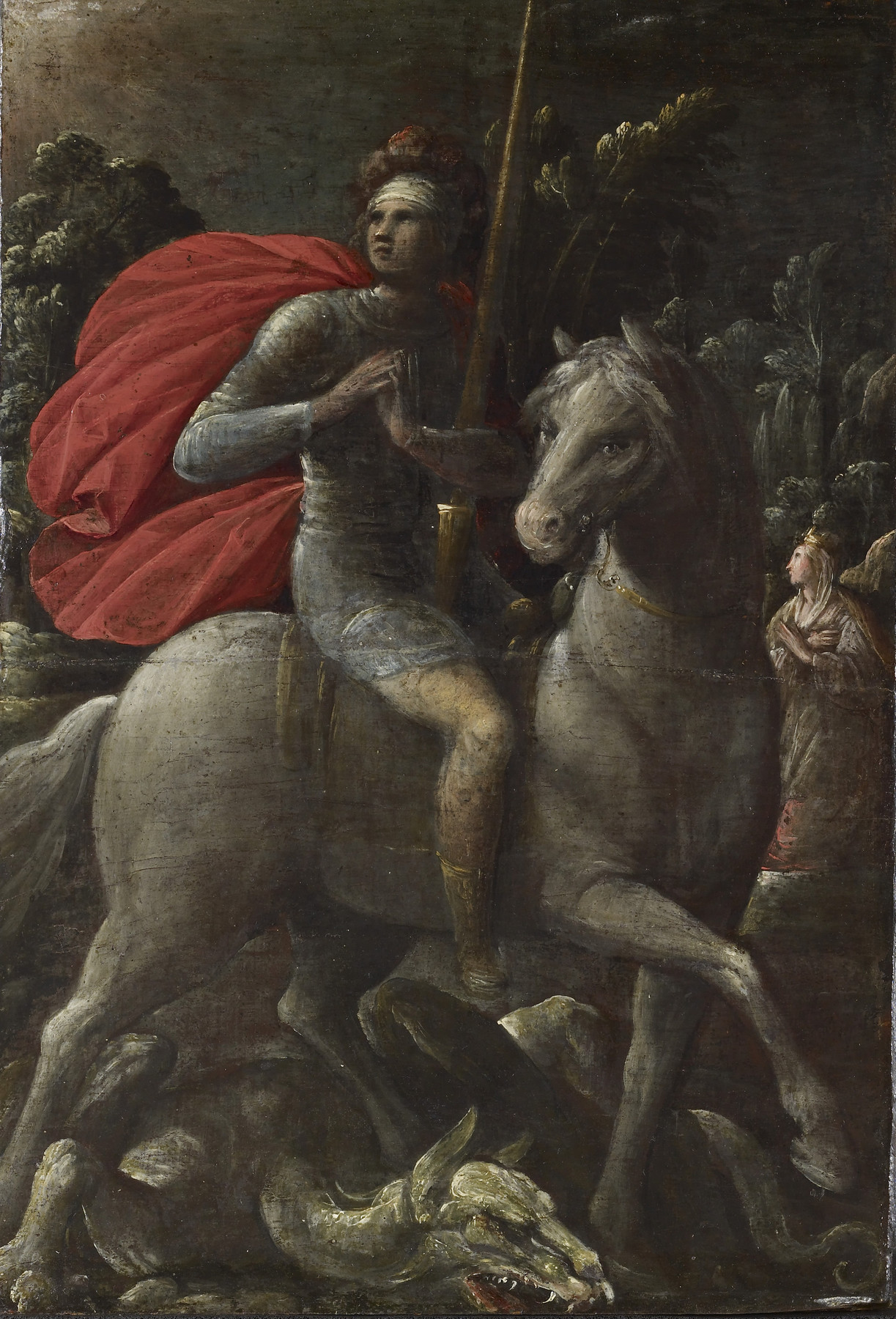 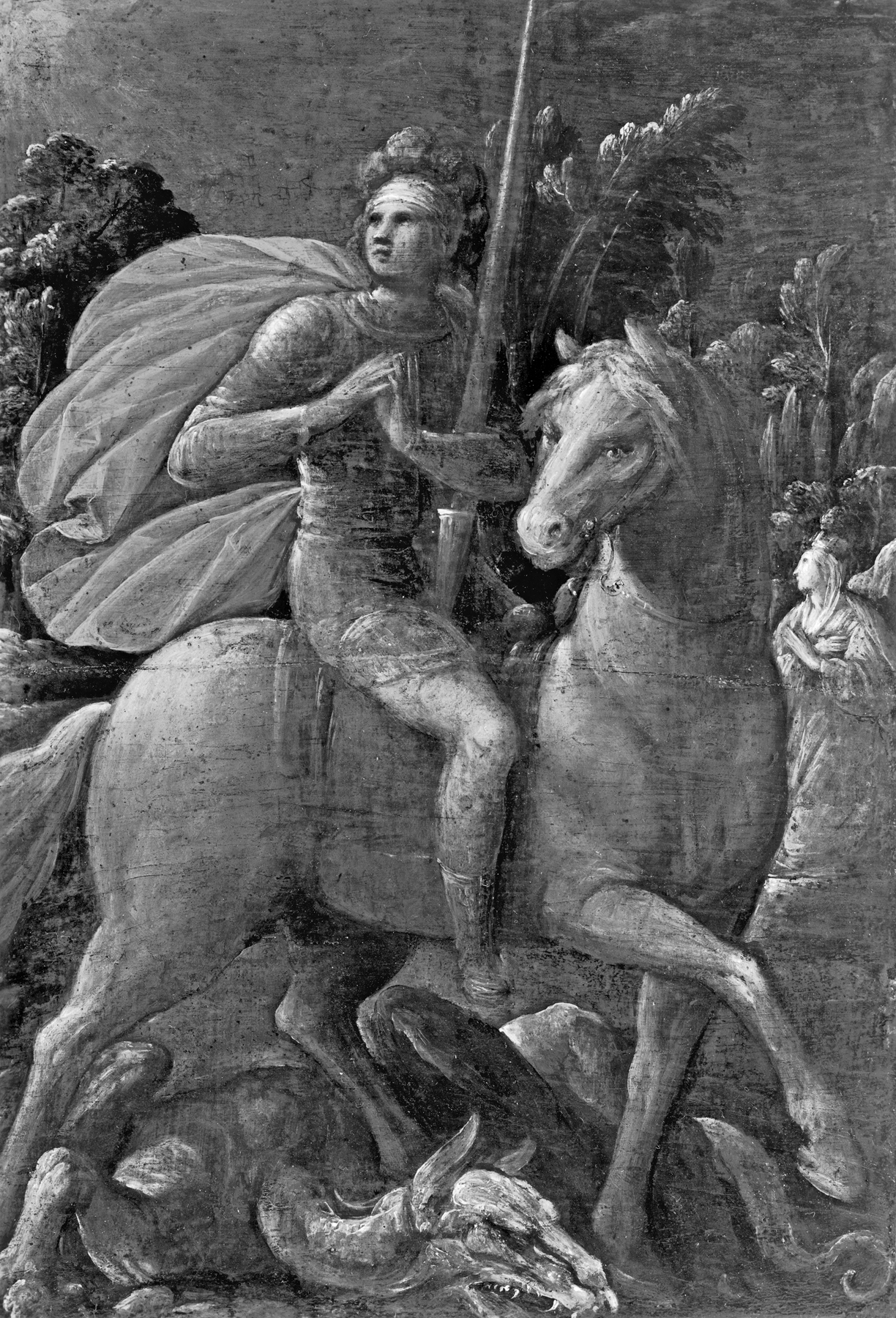 Saint George and the Dragon

The veneration of St. George, a Palestinian Christian soldier (d. ca. 303), as a symbol of chivalry and courage in overcoming seemingly insurmountable evil, is distilled in the legend of his killing a dragon. This dragon, terrorizing a whole country, was appeased by offerings of animals or people selected by lot. When the lot fell to the king's daughter, George came to her rescue. After thrusting his lance through the dragon, incapacitating it, he promised to kill it if the king and his subjects became Christians, which they did.
By the 1600s, the existence of dragons was disputed by many naturalists, but the symbolism of a knight who vanquishes evil through the power of God-for which he here gives thanks-retained its currency in secular literature as well as religious practice.
In the latter 1600s the Jesuit Bollandists (followers of Jean Bolland), with their headquarters in Antwerp, were the primary group to seek renewal in the Catholic Church by purging the lives of the saints of the fantastical, as they did of St. George; nevertheless, they confirmed his historical existence.
Some artists represented George with the armor or weapons of a Renaissance knight while others tried to keep true to George as a Roman. Rosettis's George appears to be dressed in vaguely Roman attire and rides, in Roman fashion, without stirrups, an Asian invention from about the 3rd century BCE which was introduced to Europe by Germanic nomadic tribes by 600.
However Rosetti's George also carries the type of heavy, long, stout Renaissance lance used by a knight or man at arms for fighting with another man of equal status on horseback, the first goal being to knock (basically push) the opponent off his horse. The weapon required stirrups because bracing oneself was critical to maintaining balance at the moment of impact. Indeed the heavy armor characteristic of the Renaissance (much heavier than Roman armor) was made possible by the stirrup, which meant that a heavily-armored figure could actually mount his horse! The introduction of the stirrup was a game-changer in the development of a mounted, high-sttus military class which some scholars think impacted the very development of feudalism.