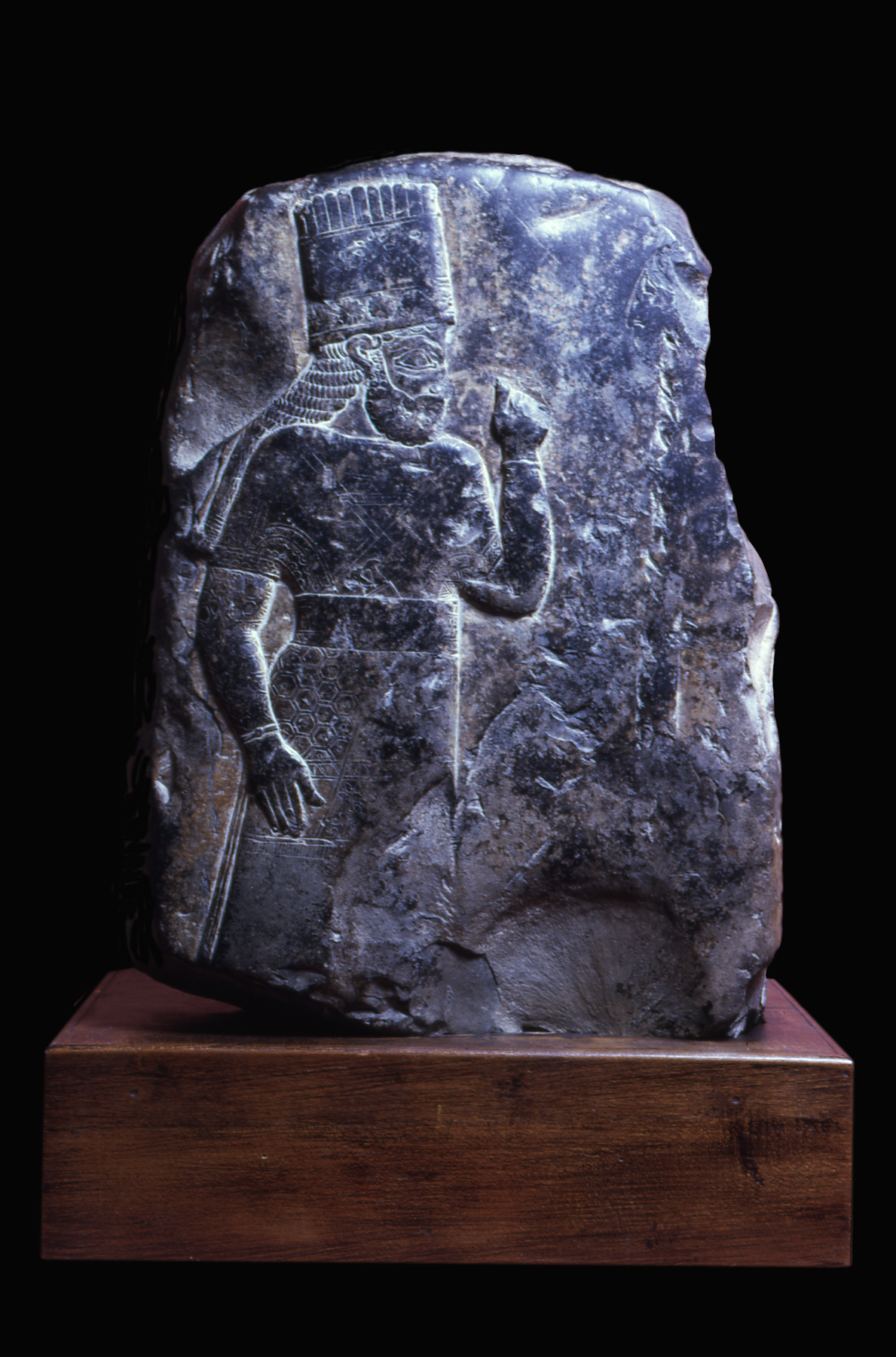 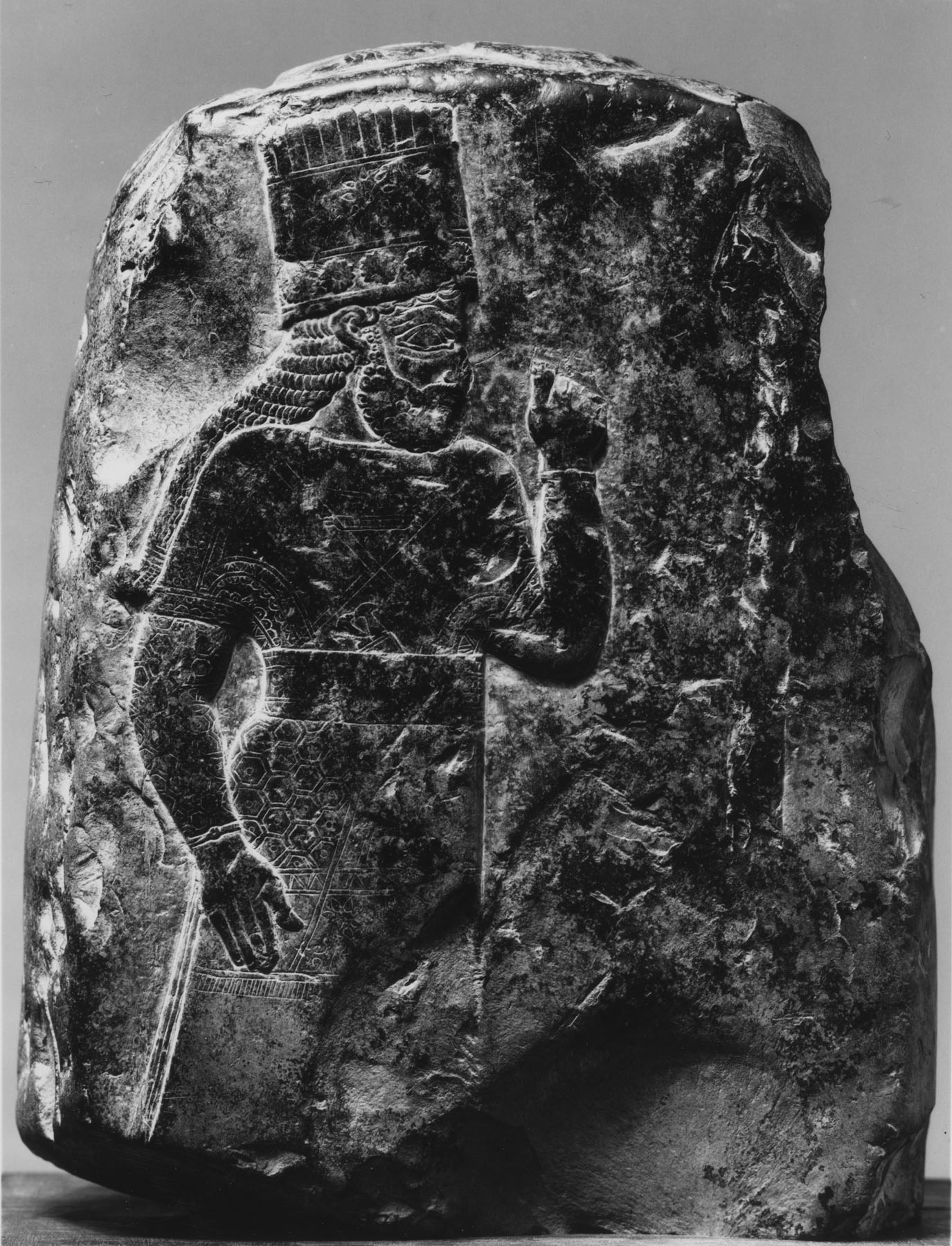 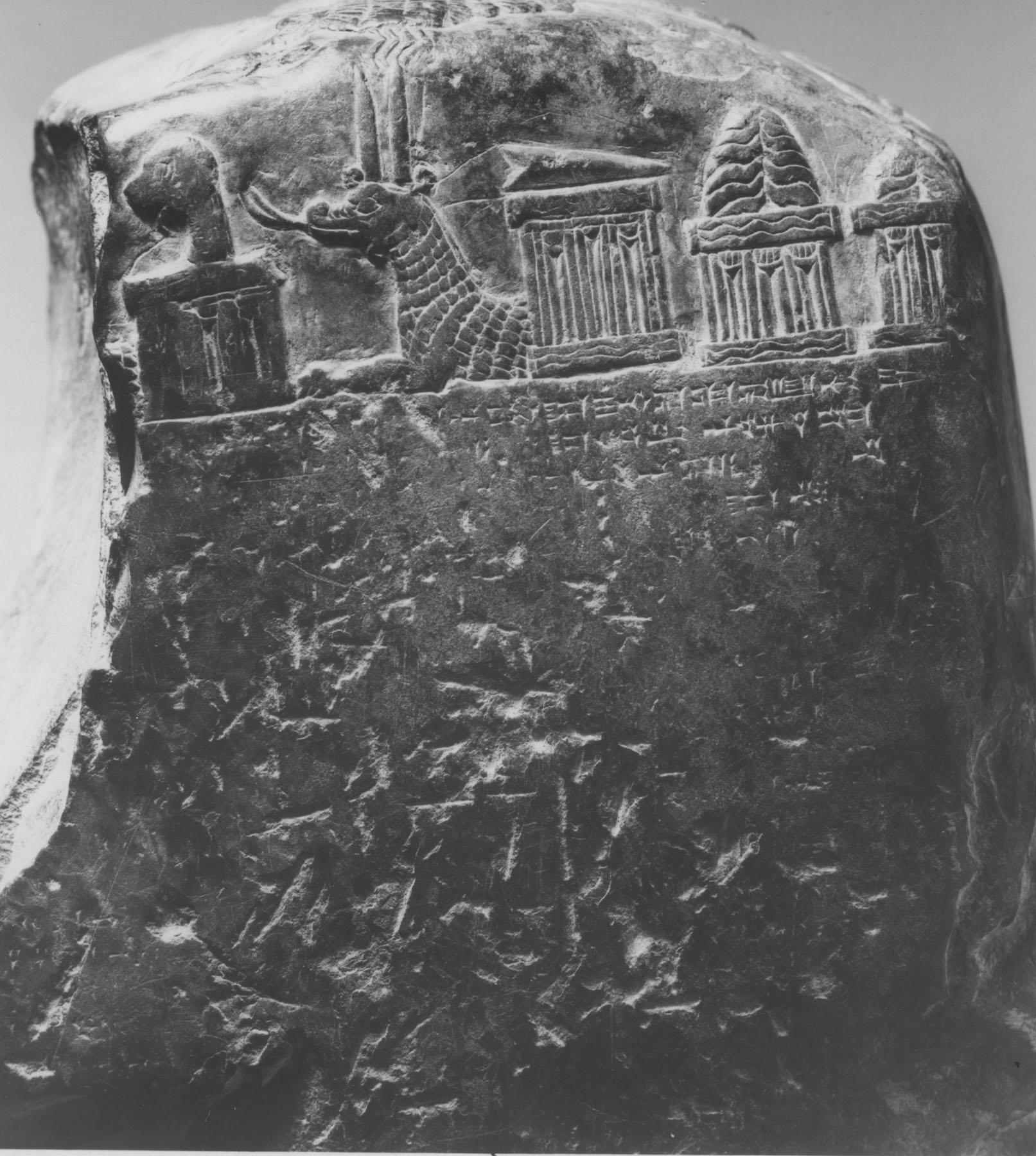 A "kudurru," the Akkadian term for boundary stone, combines images of the king, gods, and divine symbols with a text recording royal grants of land and tax exemption to an individual. While the original was housed in the temple, a copy of the document was kept at the site of the land in question. This example was found at the temple of Esagila, the primary sanctuary of the god Marduk. The king Marduk-nadin-ahe is depicted with his left hand raised in front of his face; he wears the tall Babylonian feathered crown and an elaborately decorated garment with a honeycomb pattern. On the top are a sun disk, star, crescent moon, and scorpion, representing deities who witnessed the land grant and tax exemption. A snake-dragon deity emerges from a row of altars shaped like temple façades along the back.