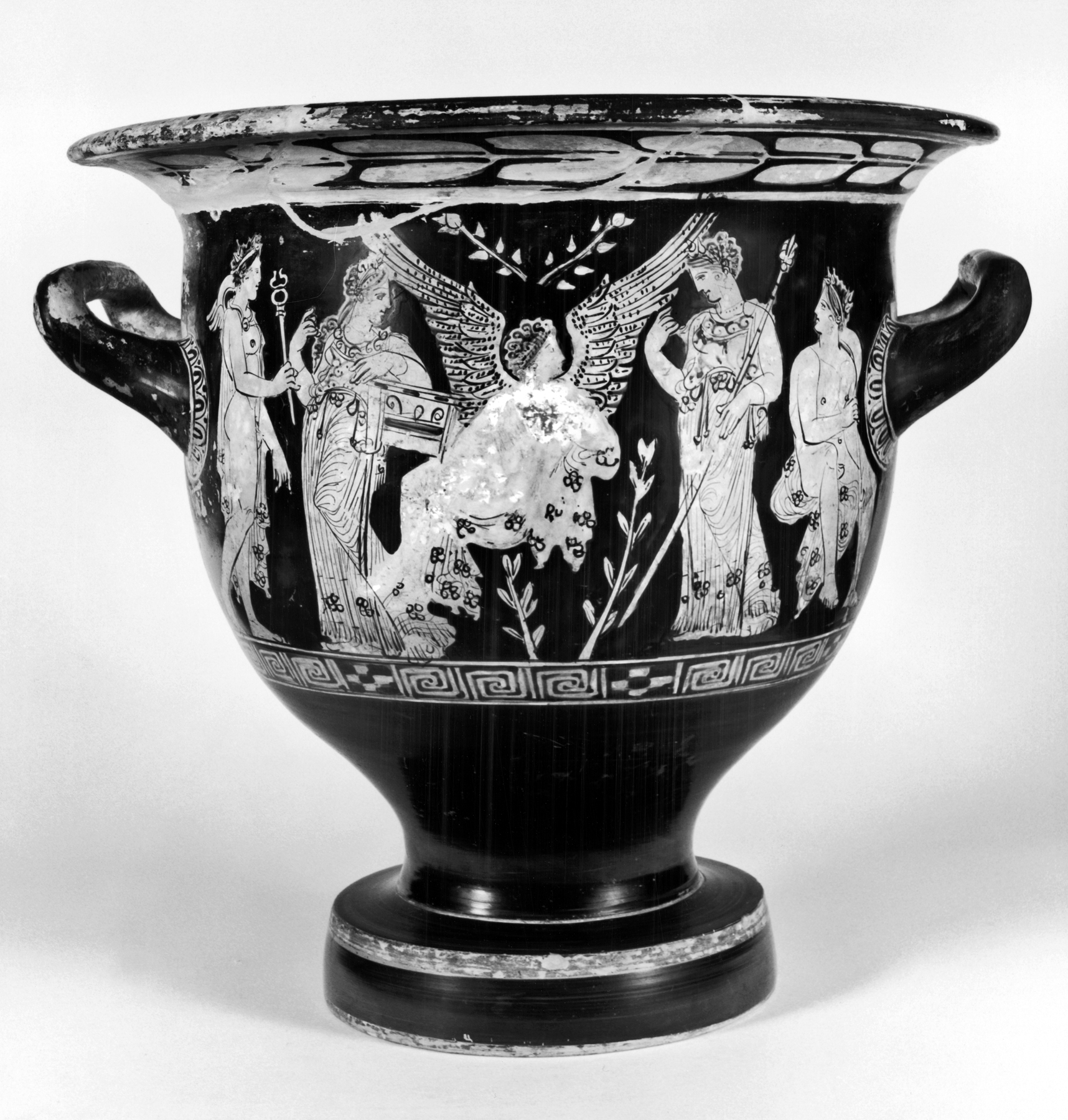 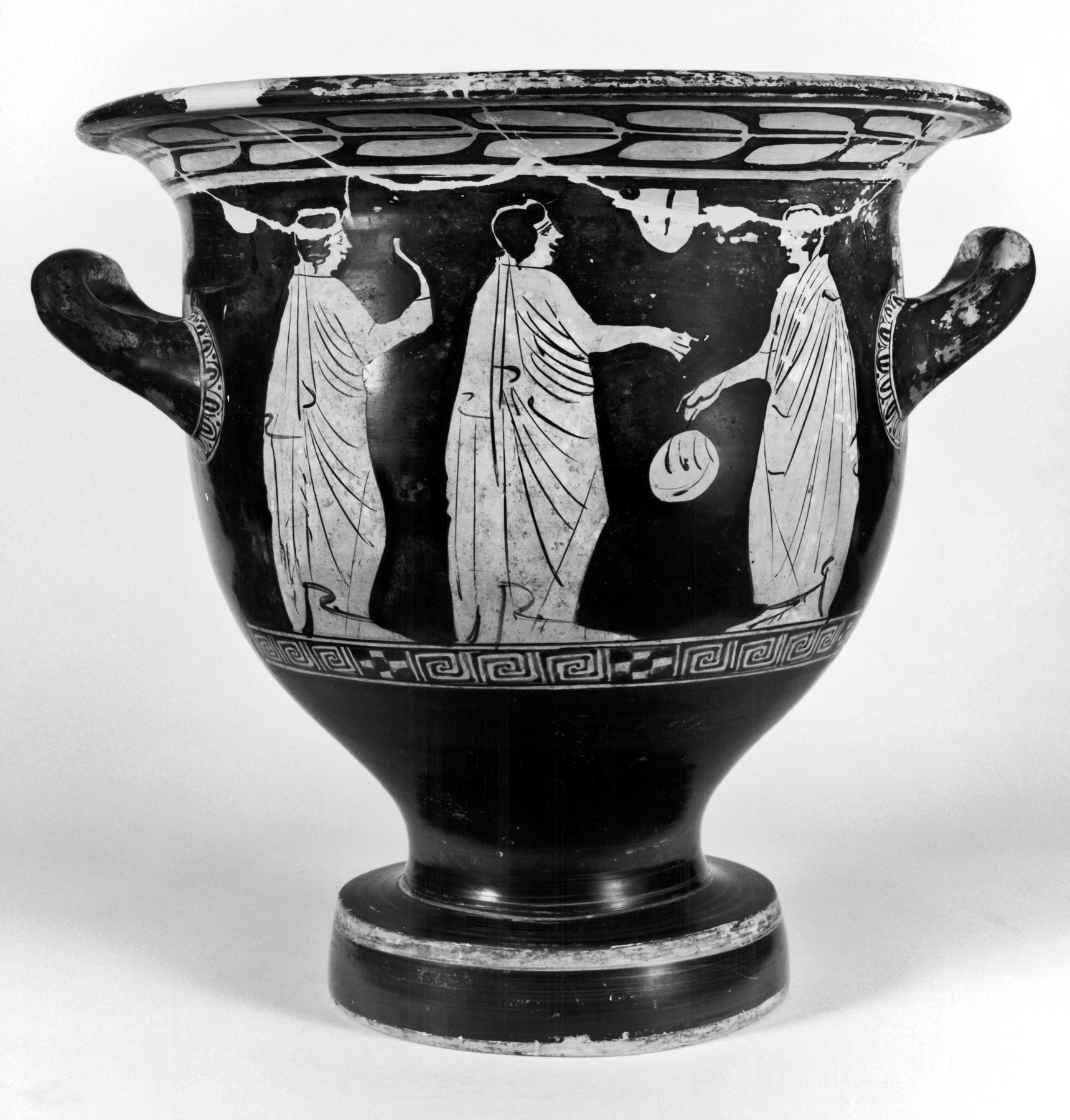 Bell Krater with Scenes of Eros and Standing Youth

The light subject matter, languid, conventional poses and gestures, and decorative detail are characteristic of the transitional period in vase painting. A seated Eros in the center is flanked by two goddesses; on the right is probably his mother, Aphrodite. Hermes stands on the far left. Eros's flesh was originally emphasized with white pigment, now mostly lost. The back shows a scene of youths with their sporting equipment.