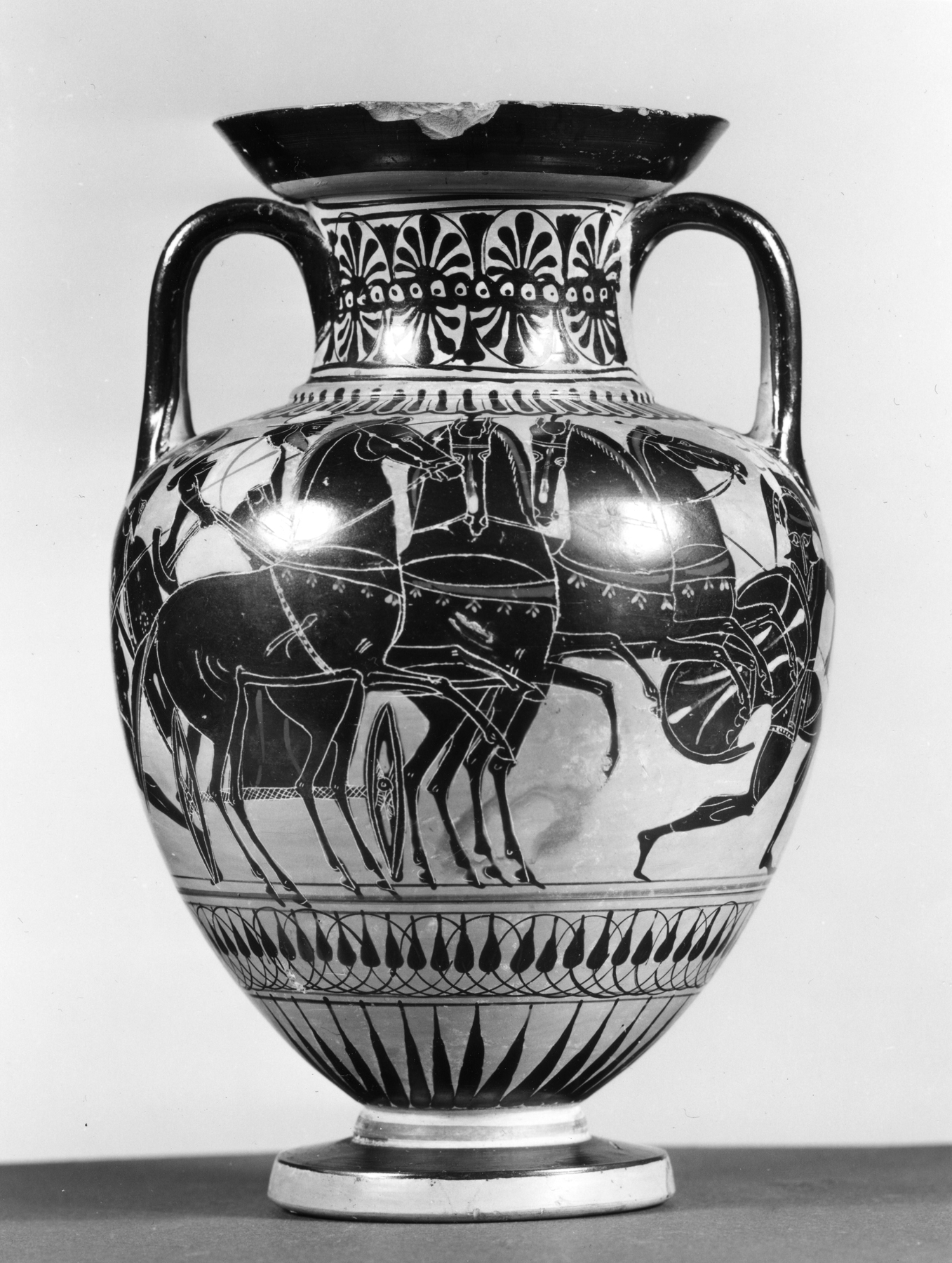 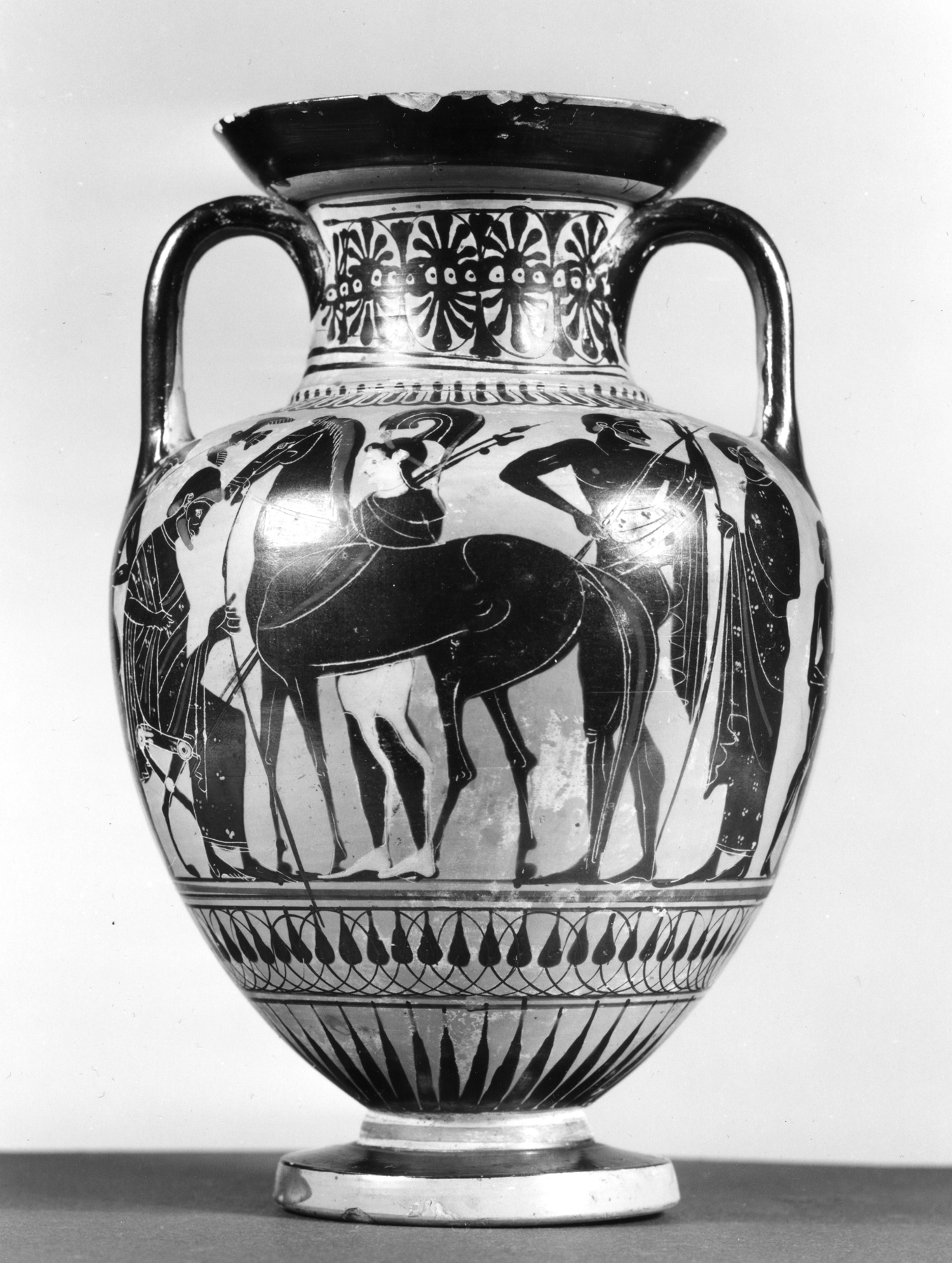 Amphora with Chariot and Amazon

The central figures on one side of this vase are a seated man holding a staff, who faces an armed woman-indicated by the white skin-leading a horse. They could be Priam, the king of Troy described in the "Iliad," receiving Penthesilea, an Amazon queen. She fought against the Greeks in the Trojan War and was killed by Achilles. The other side of the vessel shows a charioteer in the process of turning his chariot around, while two foot soldiers on either side flee from the rearing horses.