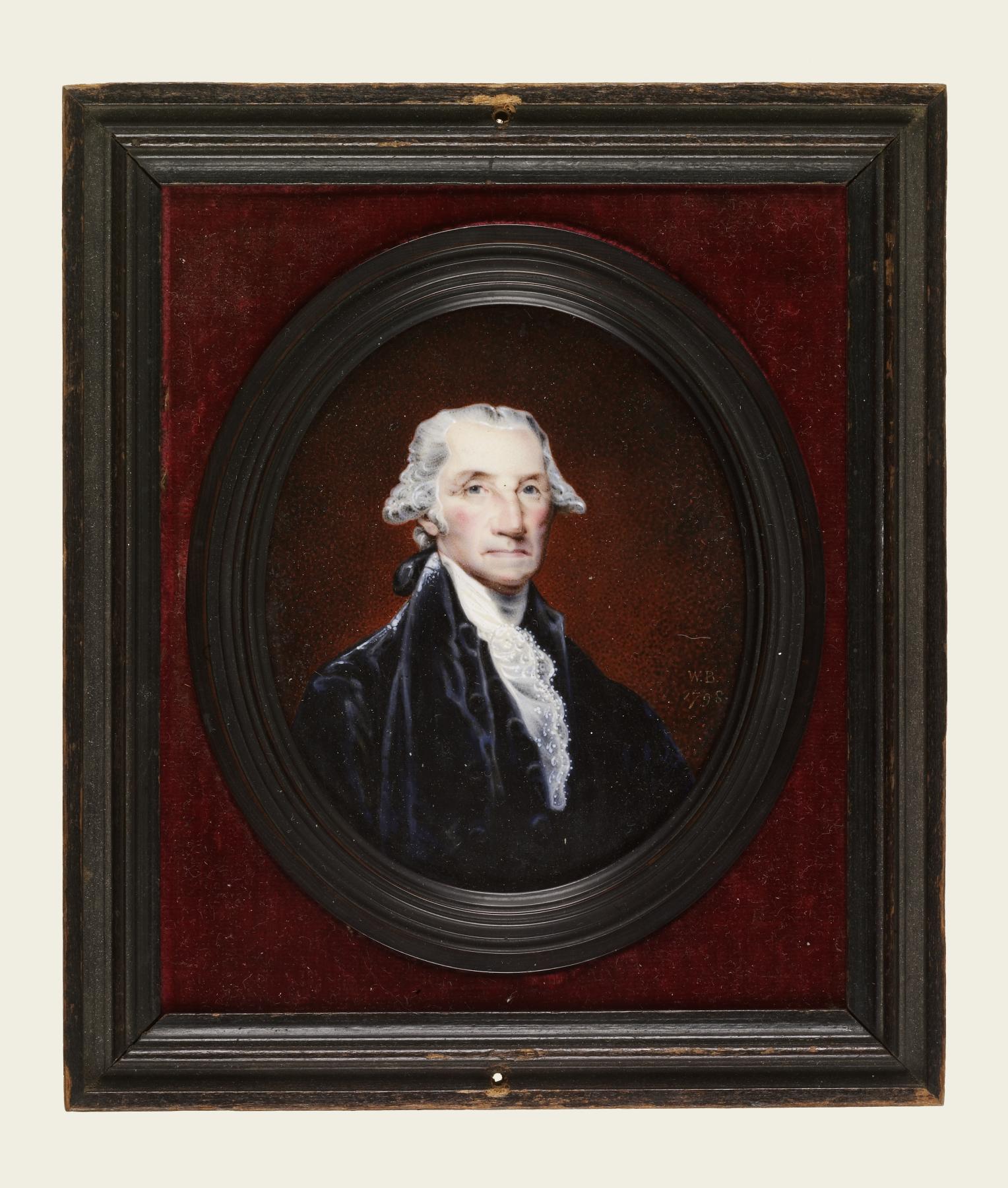 This miniature is after the "Vaughan portrait" of George Washington by Gilbert Stuart. Birch, an English-born miniaturist, enamel painter and engraver, studied at Bristol and London. In London between 1781 and 1784 he exhibited at the Royal Academy, and copied portraits by Joshua Reynolds in miniature. He invented a new color for the use of enamelists. In 1784 he was awarded a silver palette by the Society of Art for the Painting in Enamel. Though he seems to have been successful in England, in 1794 he came to America with a letter of recommendation from Benjamin West, who was then in London, and settled in Philadelphia with his four children. He soon found a number of commissions for enamels and is particularly famed for his portraits of Washington. He worked after the so-called "Athenaeum" and "Vaughan" portraits of the president, making approximately sixty copies, of which this may be one. He was also an engraver, and is known in America for his views of Philadelphia and American country seats, produced with his son Thomas. He apparently had Baltimore connections, and made several trips to the city on buisness. The miniature is in a turned wood frame.