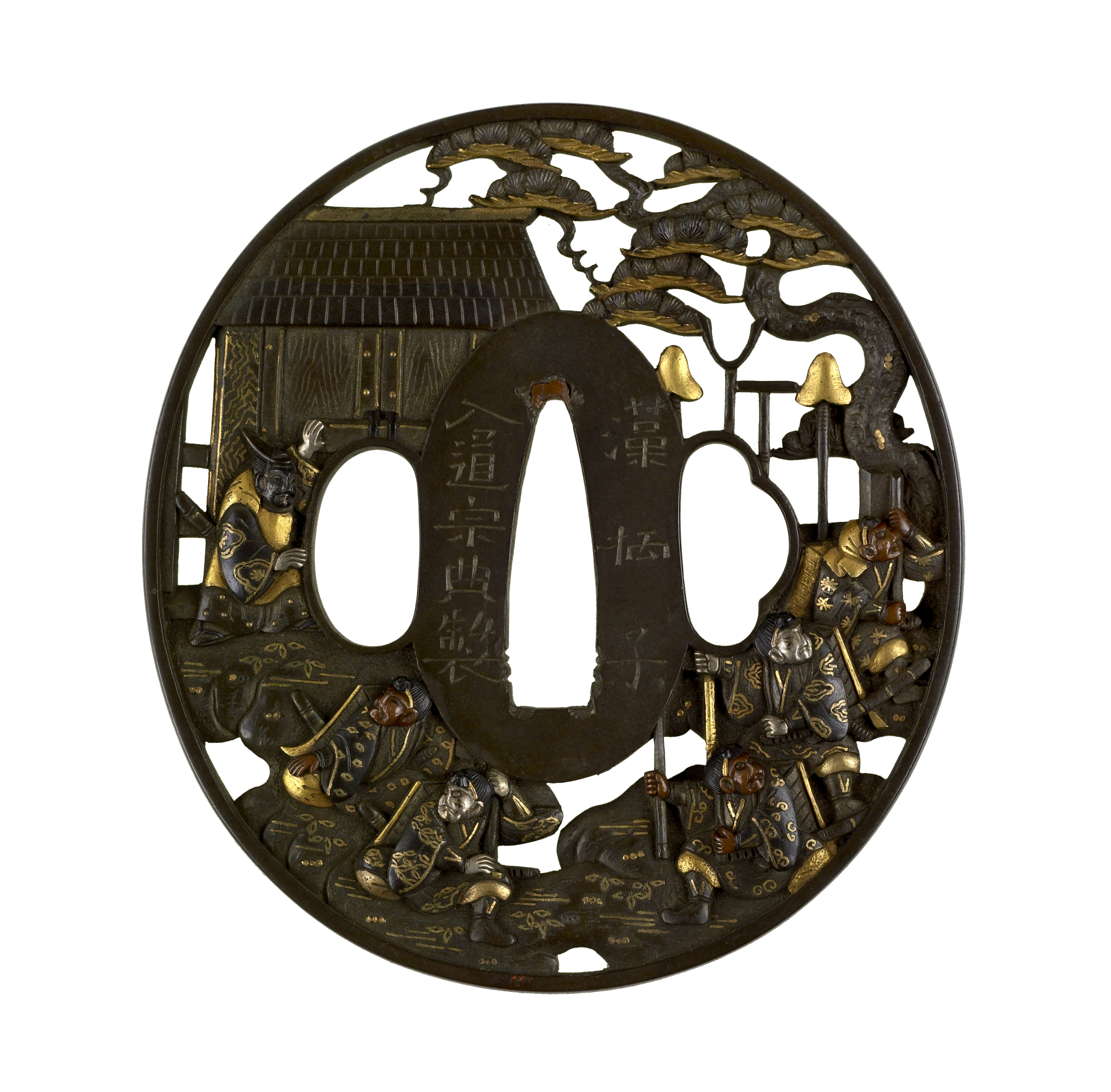 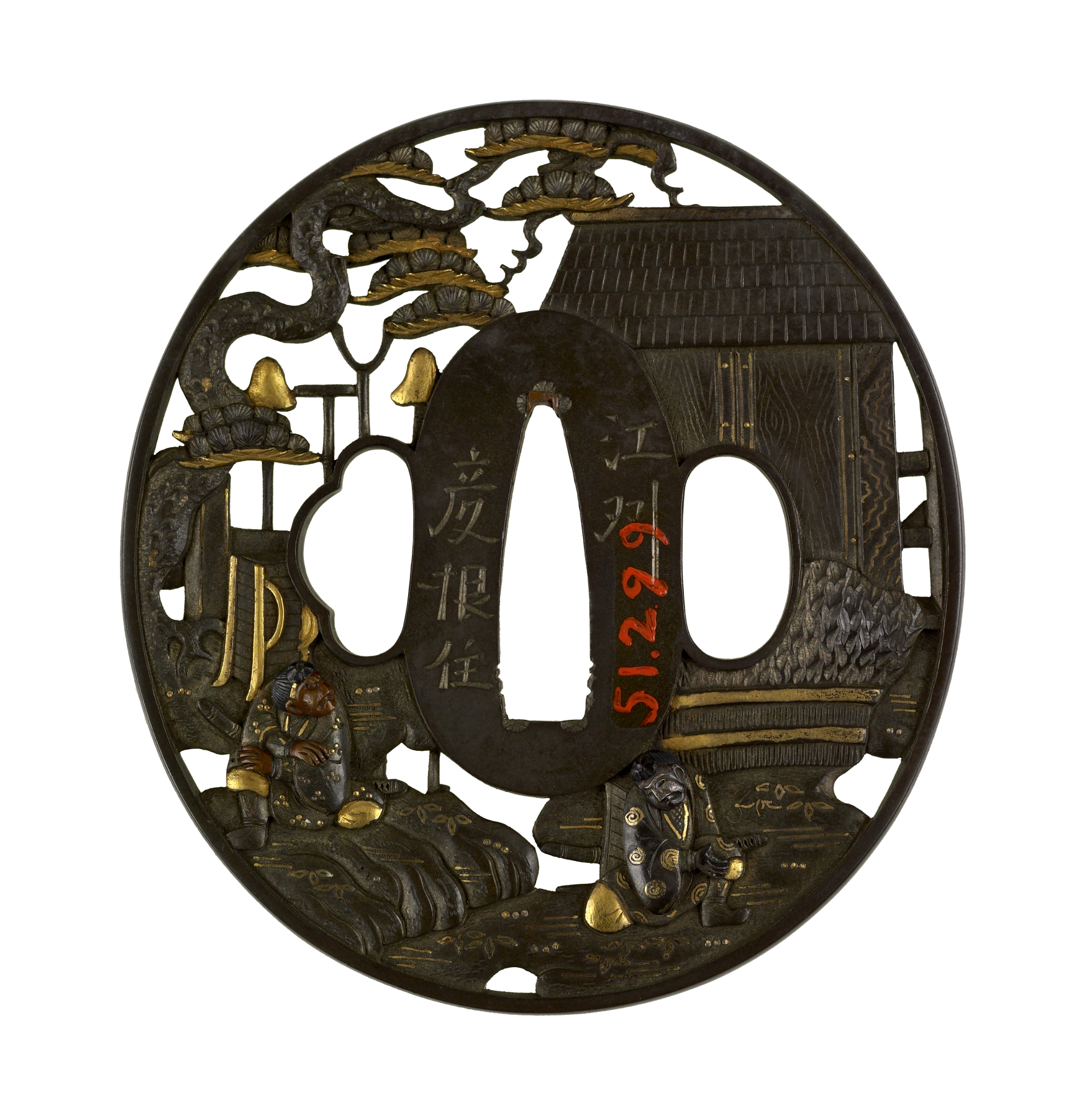 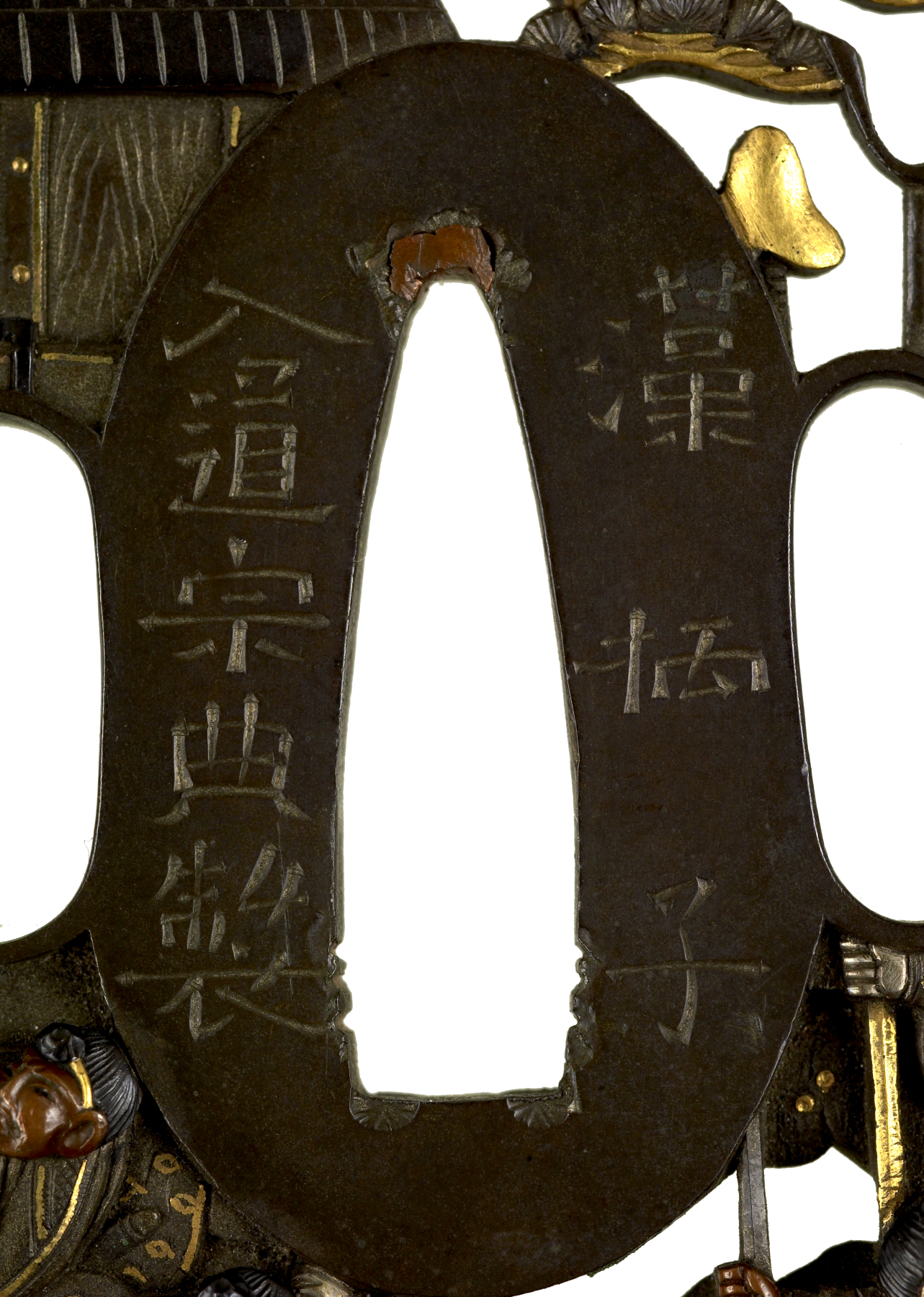 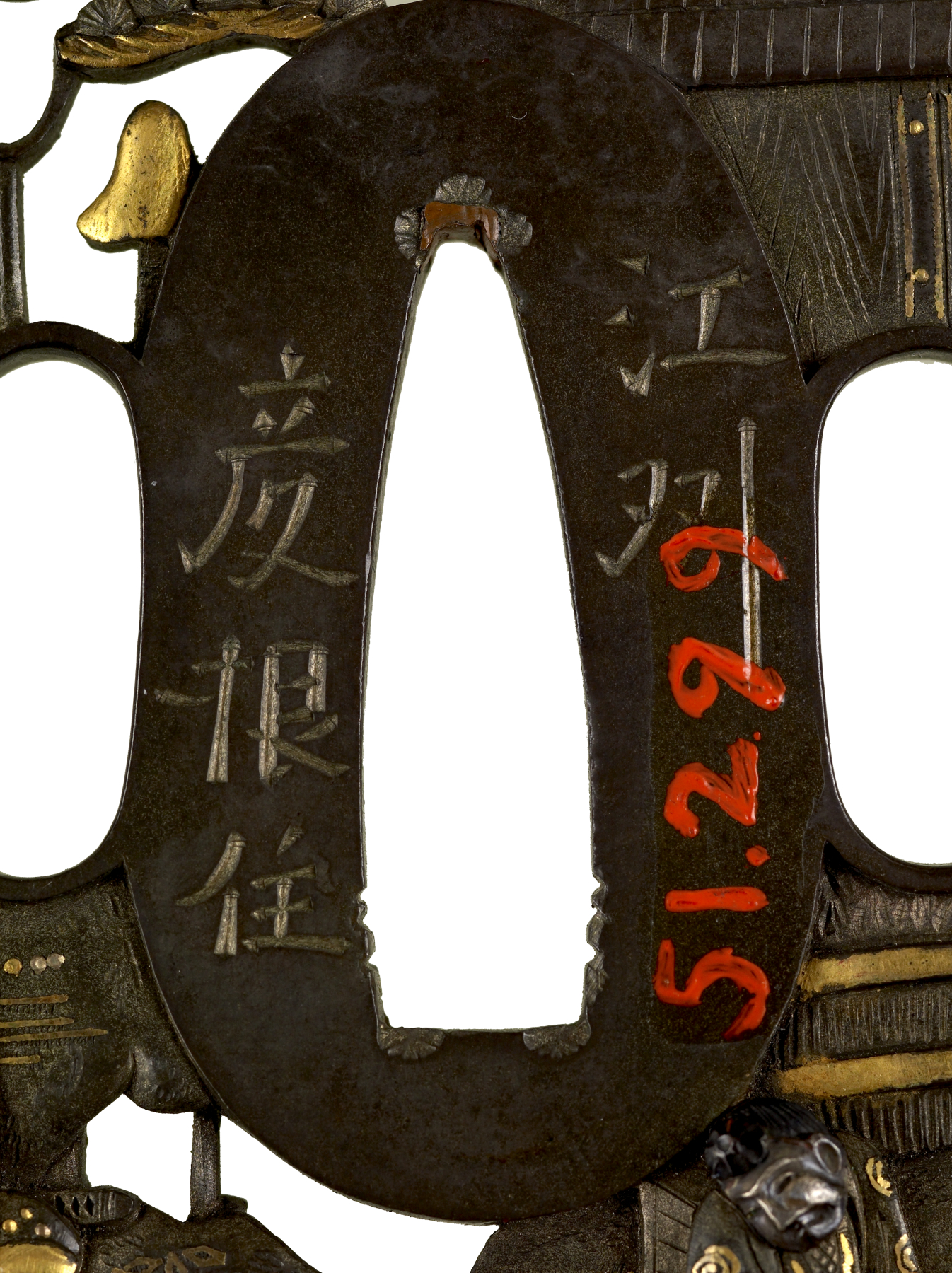 Tsuba with the Story of Shûtendôji

This tsuba may depict part of the story of Shûtendôji, who was a monstrous ogre killed by Minamoto no Yorimitsu in 947. Shûtendôji was born human, but his constant drinking and bad temper turned him into an ogre. He and his followers devastated the area around their home and took maidens as prisoners. The Emperor Murakami sent Yorimitsu (also known as Raigô) and four of his retainers to kill Shûtendôji. They were helped in this task by the spirit of Sumiyoshi, who appeared to them in the form of an old man. The old man gave Yorimitsu a golden cap to wear for protection and a magical rope to bind the ogre. This tsuba shows Yorimitsu and his men dressed as traveling priests while they look for Shûtendôji. The tsuba is a pair with 51.300. 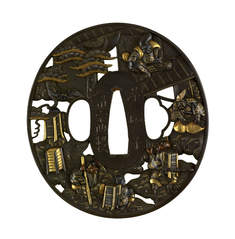 Tsuba with the Story of Shûtendôji