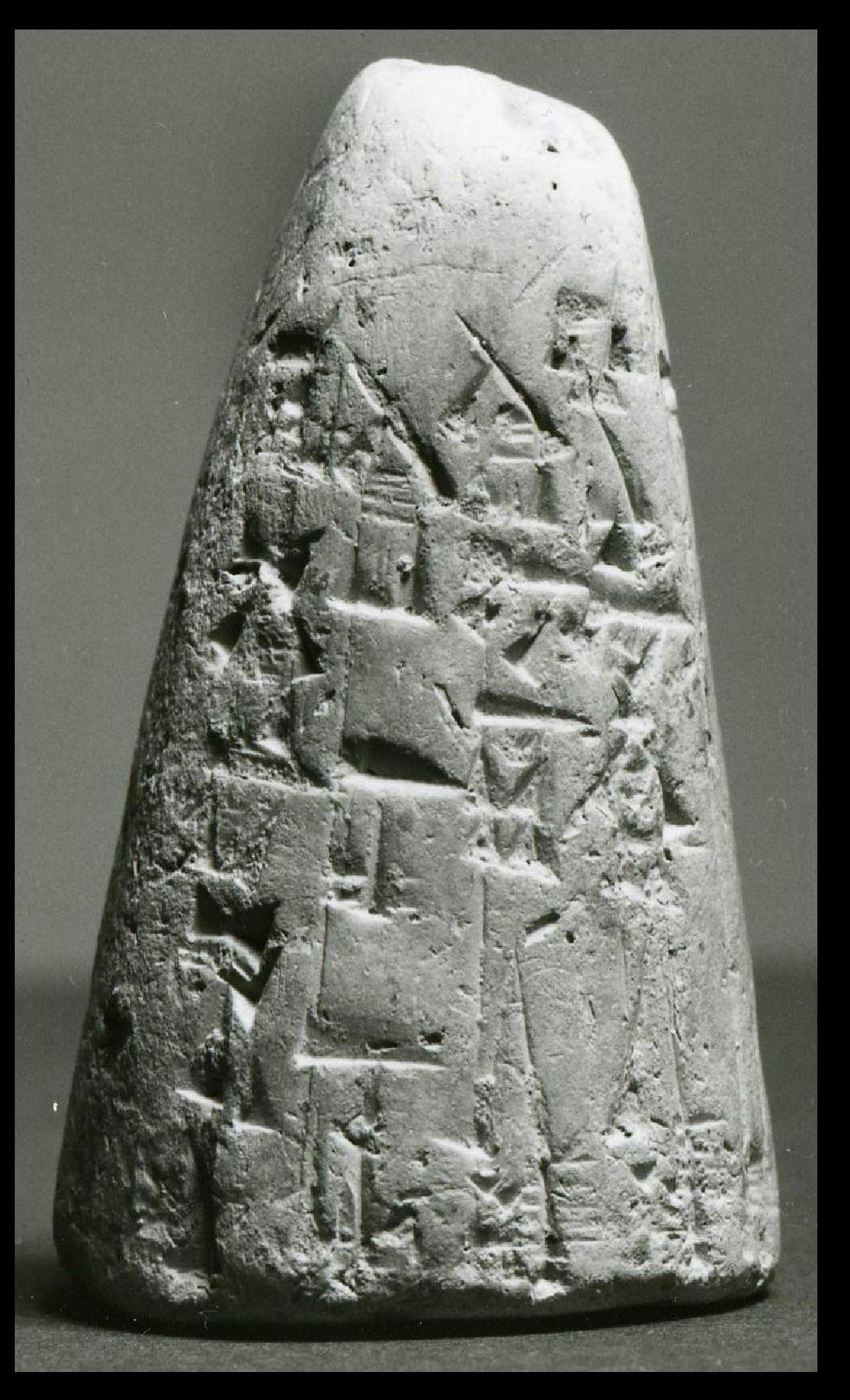 The comparatively large cuneiform characters covering this votive cone refer to the building of a royal palace in Uruk (modern Warka) by Sin-Kashid, ruler of Uruk in the mid-19th century BCE. He also refers to himself as ruler of the Amnanum, an Amorite tribe that also had links to Babylon and as far north as Mari. More than one hundred examples of this text survive, appearing on bricks, tablets, and cones.