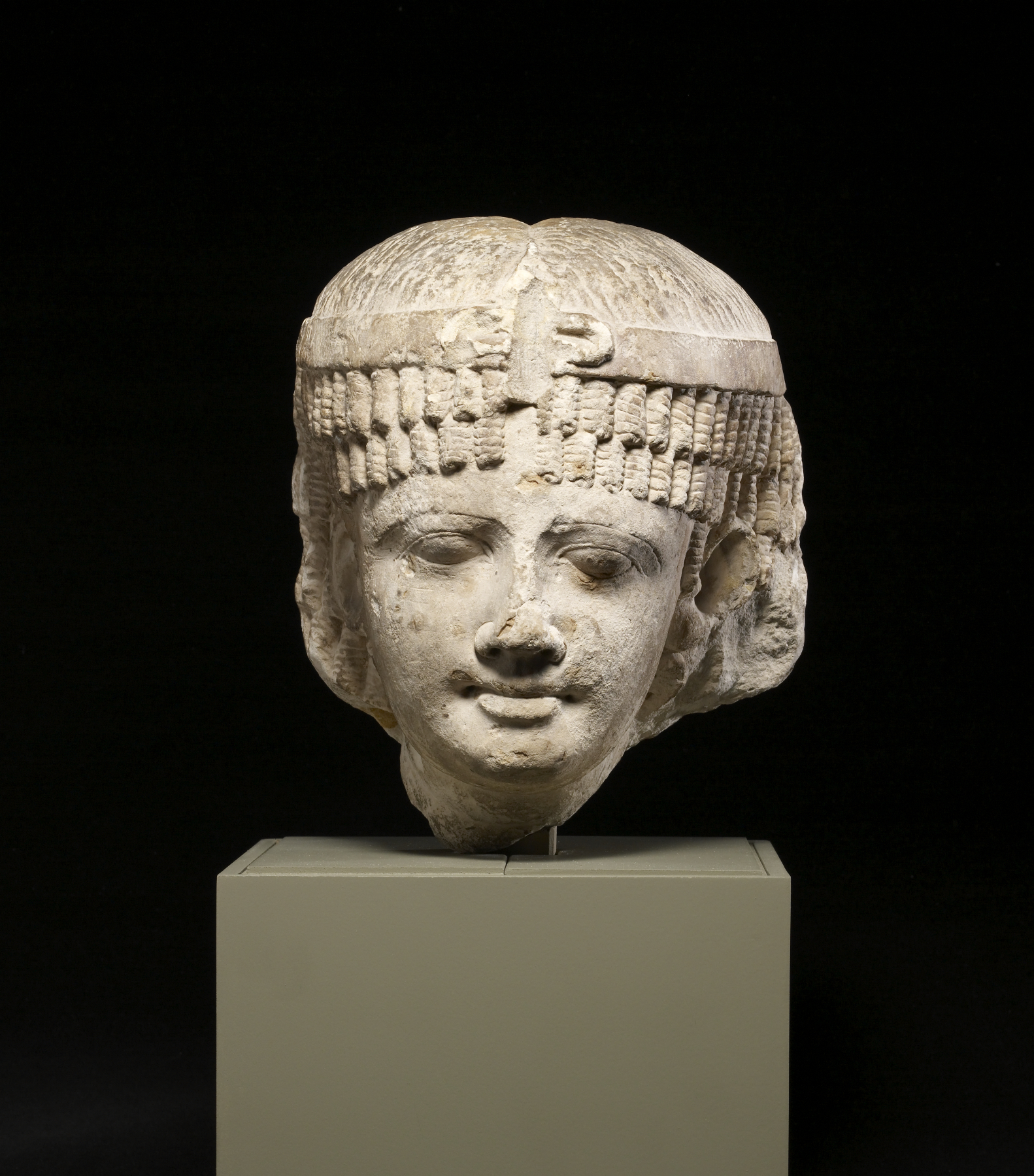 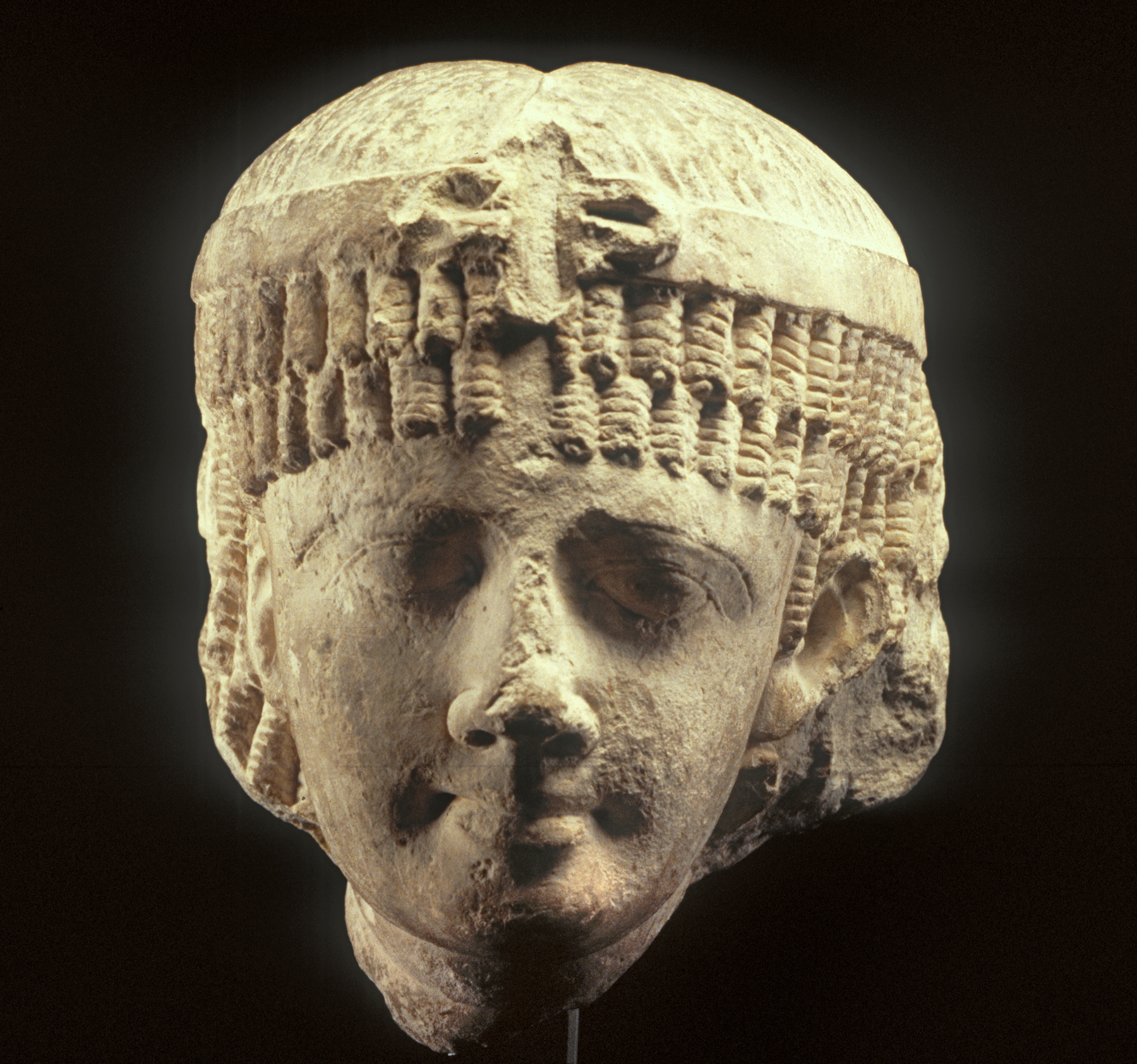 Shown wearing a heavy wig composed of tiers of "corkscrew" curls, the queen also has a headband with a coiled uraeus serpent above her brow. Of the seven Ptolemaic queens named Cleopatra (the last being the Cleopatra associated with Julius Caesar and Marc Antony), this head may represent Cleopatra II or her daughter, Cleopatra III, both of whom lived in the 2nd century BCE. The facial features are more individualized, reflecting the Greek influence of the Ptolemaic royal court.