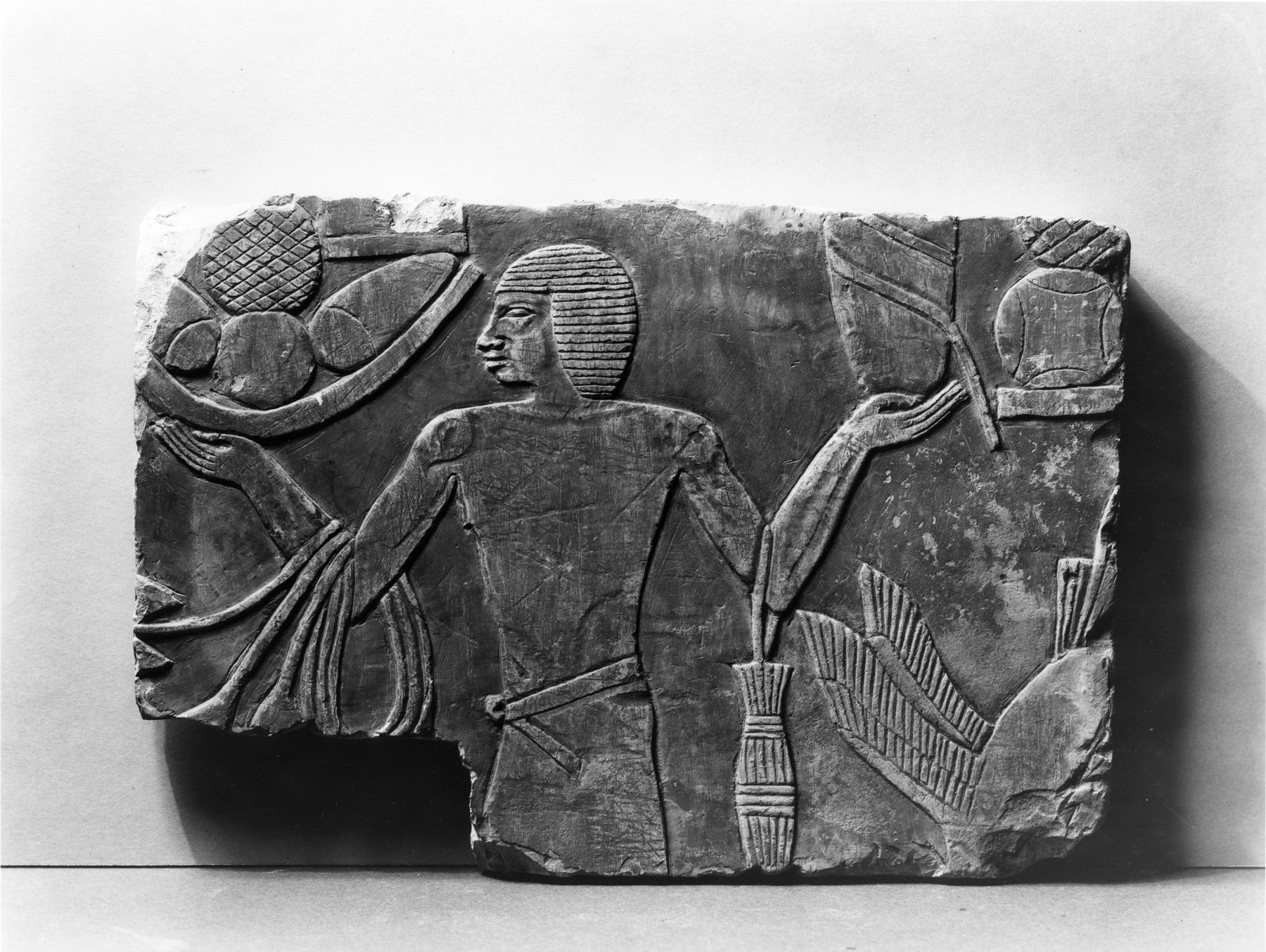 Wall Fragment with a Man and Offerings

This wall fragment is carved in low relief and depicts a man to the left with offerings on each hand. This piece is said to be from Luxor but is probably from the Tomb of Nespeqashuty, 312, at Deir el-Bahri, and the same tomb as Walters 22.331.