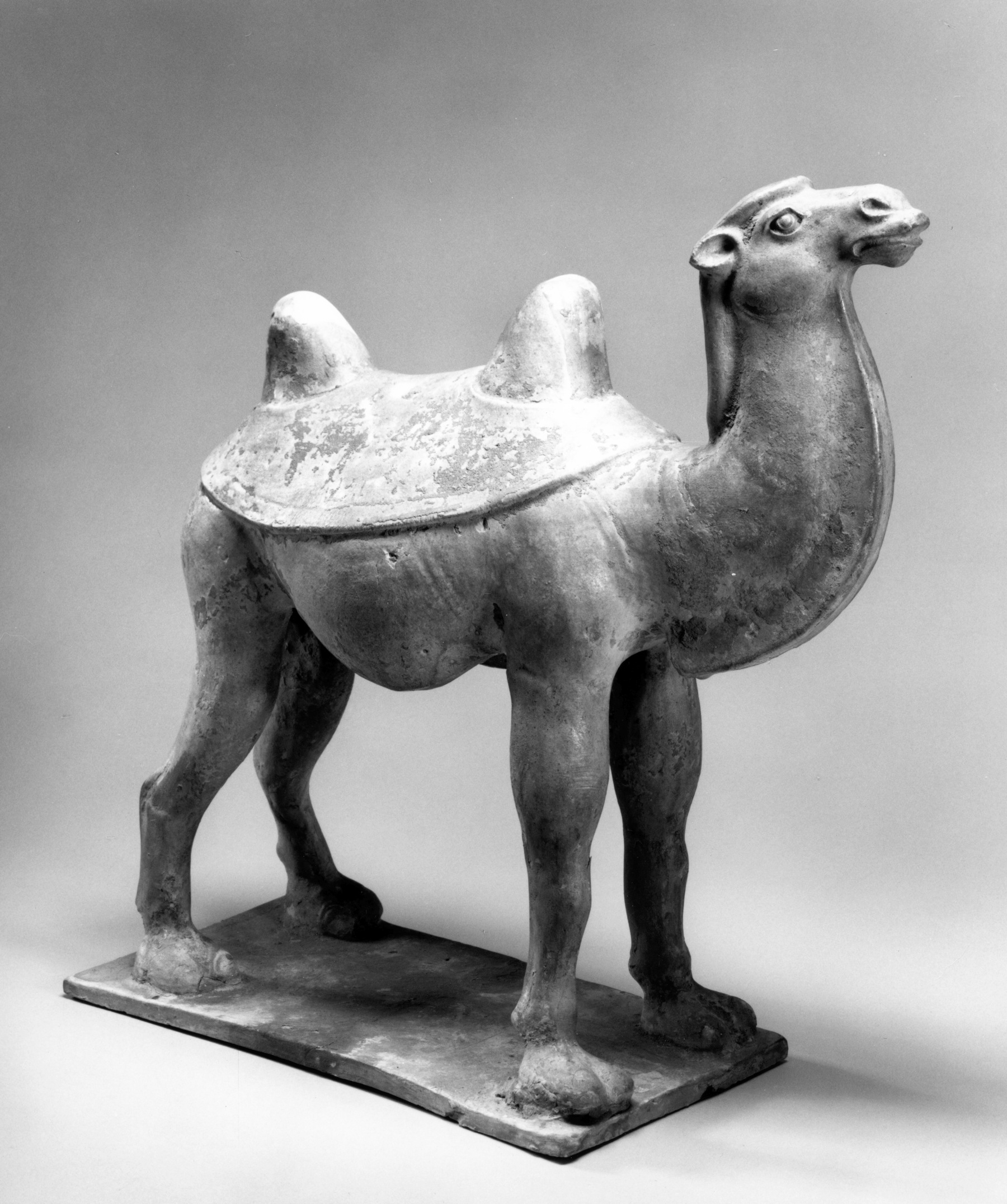 The two-humped Bactrian camel is native to central Asia and was domesticated around 2500 BC. Camels were the primary mode of transport along the trade routes connecting the ancient civilizations of North Africa, the Near East, South Asia, and East Asia. Bactrian camels followed China's "Silk Route." After Alexander the Great's conquest of western and central Asia around 400 BC, these trade routes flourished. The camels that traveled along the routes uniting the Eastern and Western worlds became symbolic of these crucial links.

Gift of Robert and Dorothy Ballentine, 1997