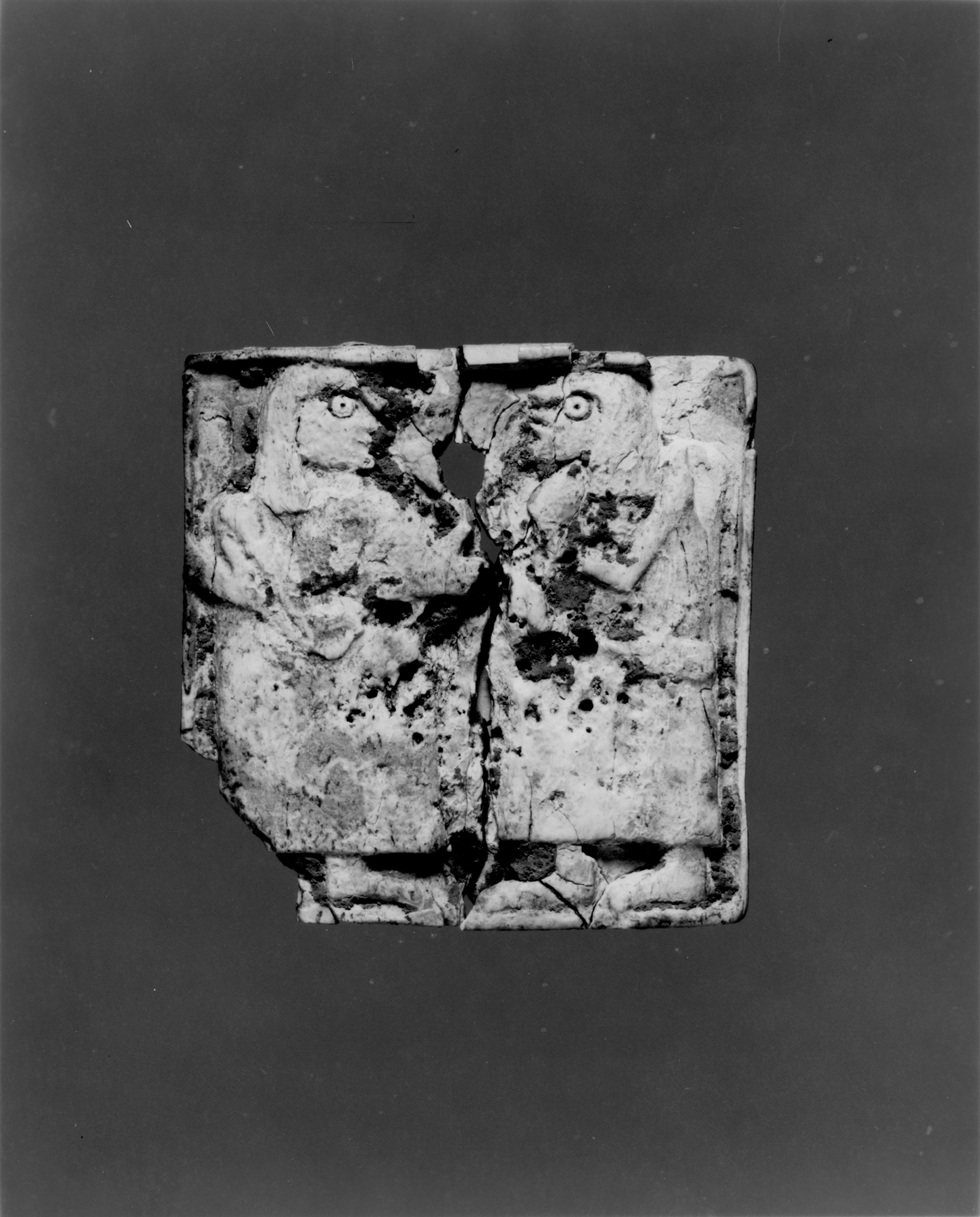 On one face of the square, flat plaque, two crude figures, surrounded by a thin frame, are seen in relief. They have long hair and thick bodies. The round eyes are incised. The figure at left wears a belt. The figure at right has no belt, but the tuft of his skirt (?) projects below his shoulders. Both figures appear to have their arms bent and hands raised.

The piece is in very poor condition. A hard gray material remains in the recessed areas. Between the faces of the figures and between their feet are perforation and traces of brown material in the upper one.