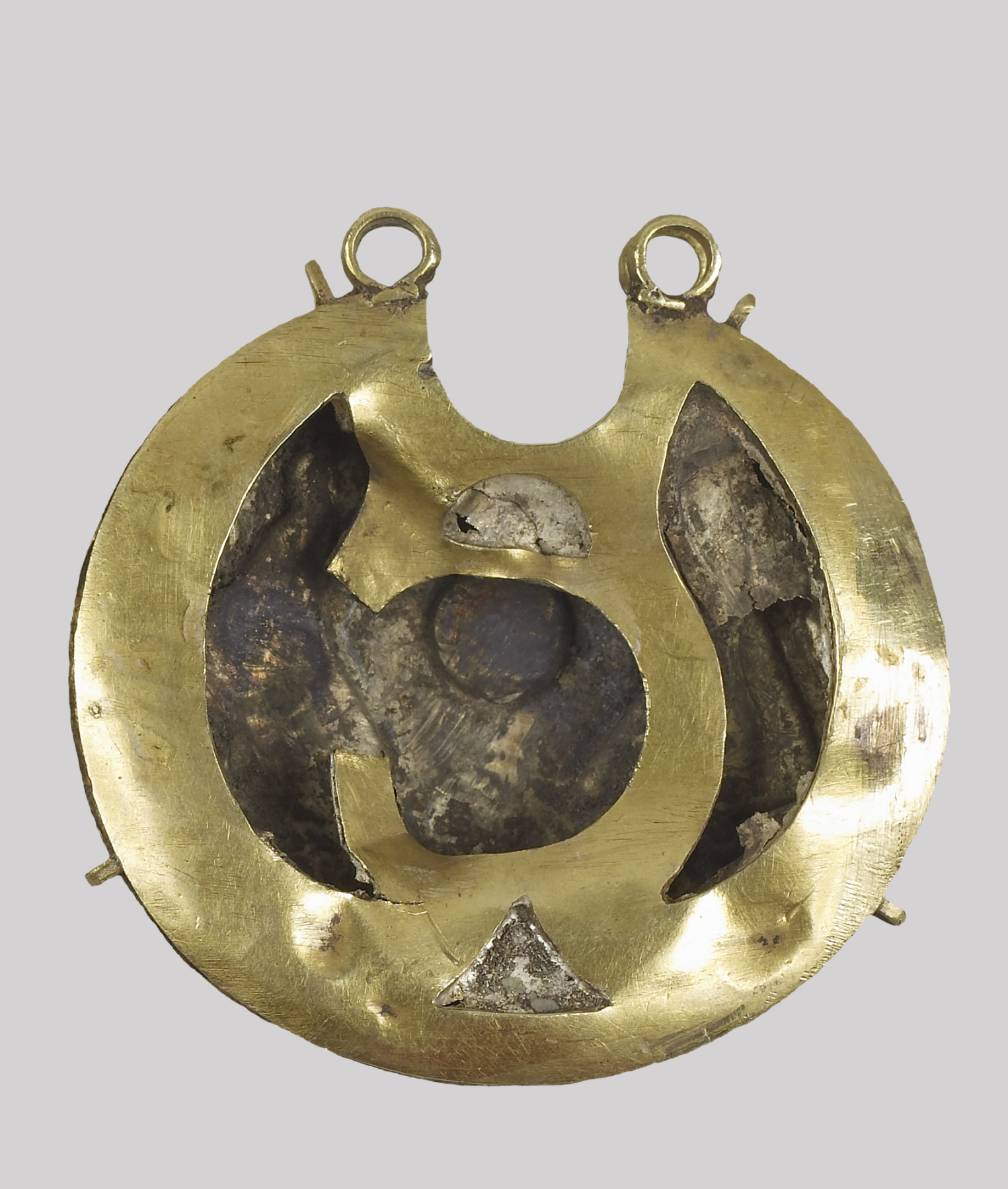 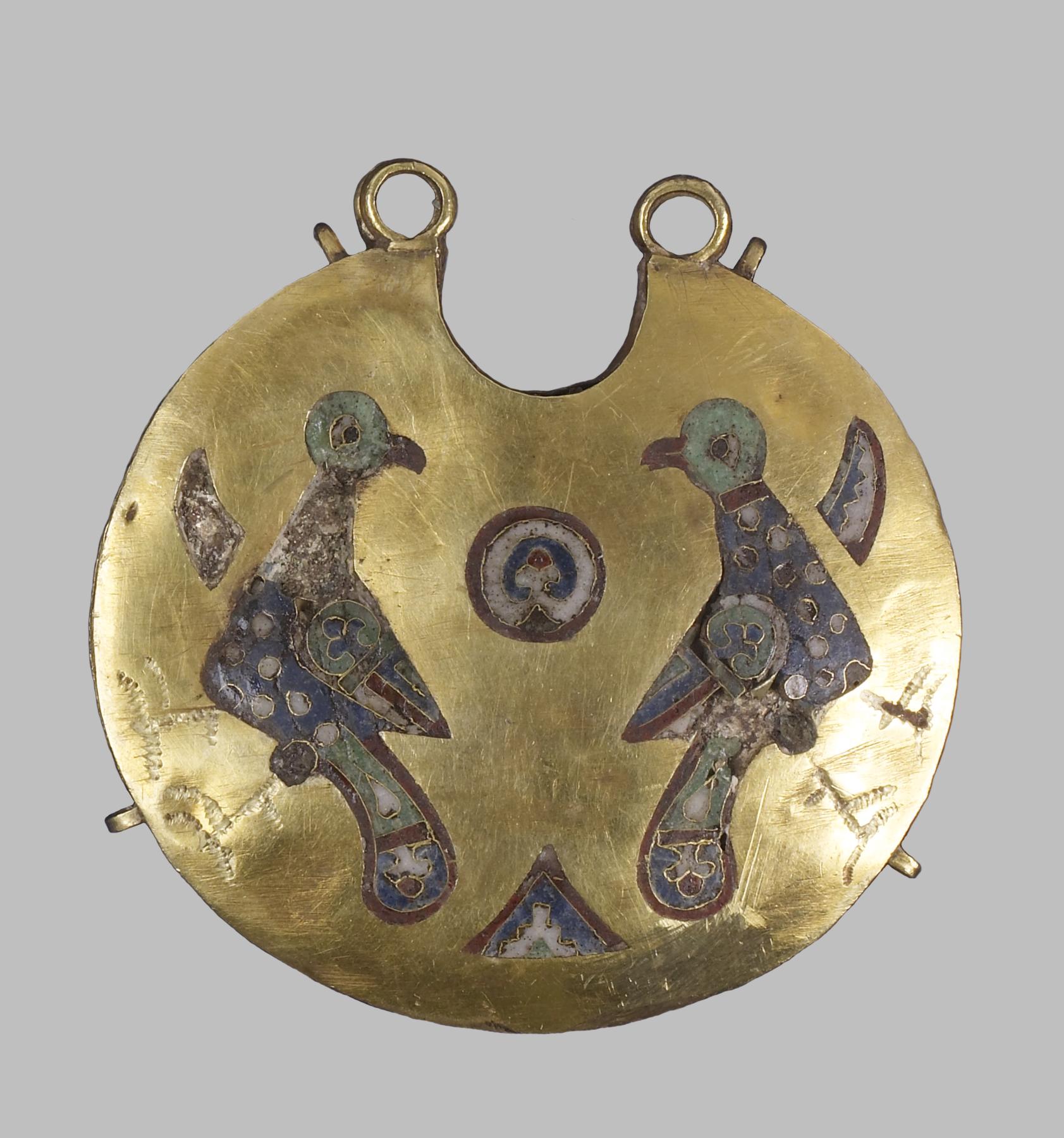 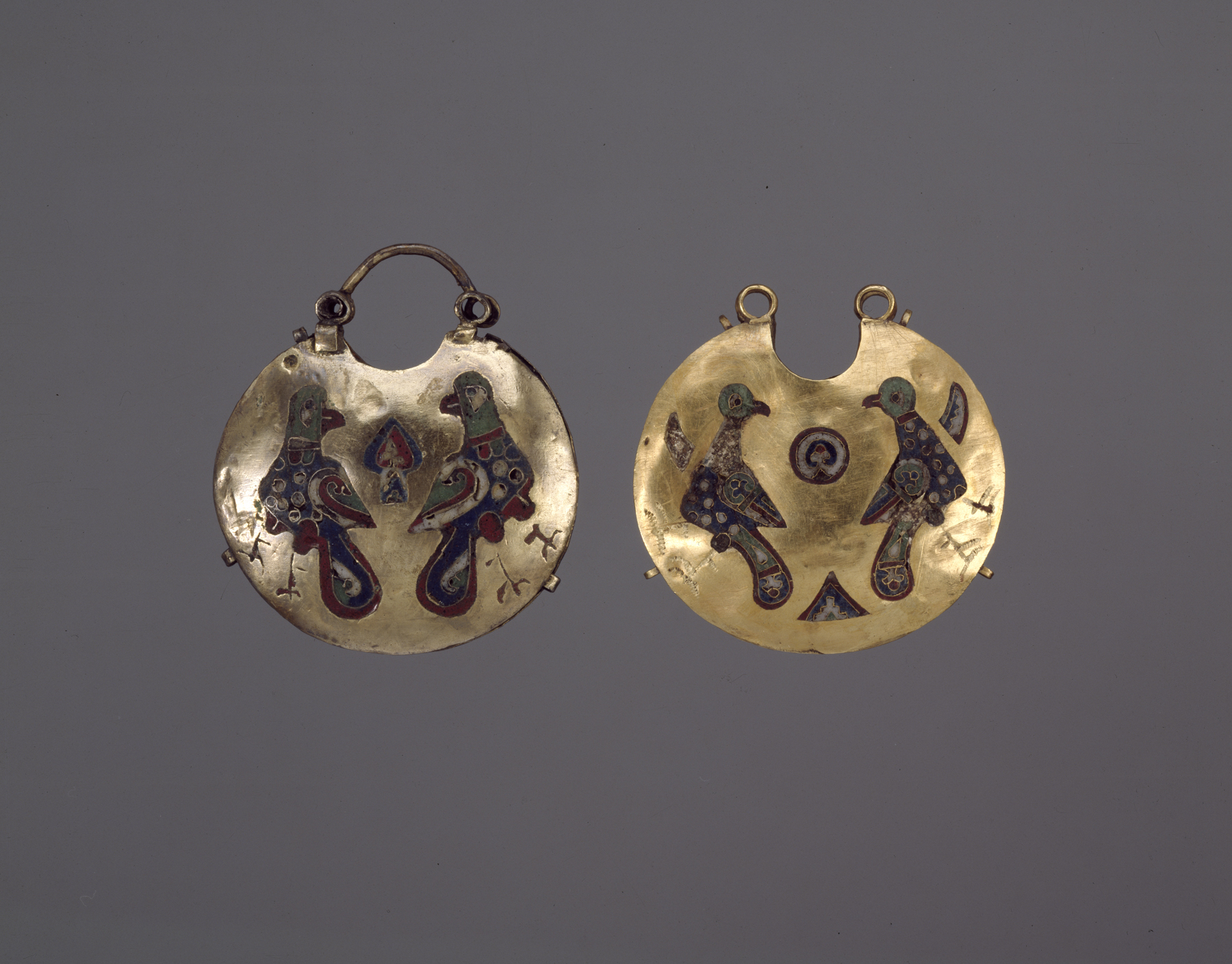 "Kolty" (singular "kolt") are pendants that attached to a woman's headdress at the temples. The hollow space within the two concave gold disks that compose a "kolt" contained perfumes or scented oils. The pendants were usually decorated on both sides, since they could rotate as the woman walked. This "kolt" is decorated with delicate cloisonné enamel, a technique learned from Byzantine masters starting in the late 10th century. "Kolty" were frequently worn at wedding ceremonies; the lilies (center), birds, and seeds that fleck the birds' breasts are all symbols of fertility. The bird is also an image retained from Russia's pagan past.