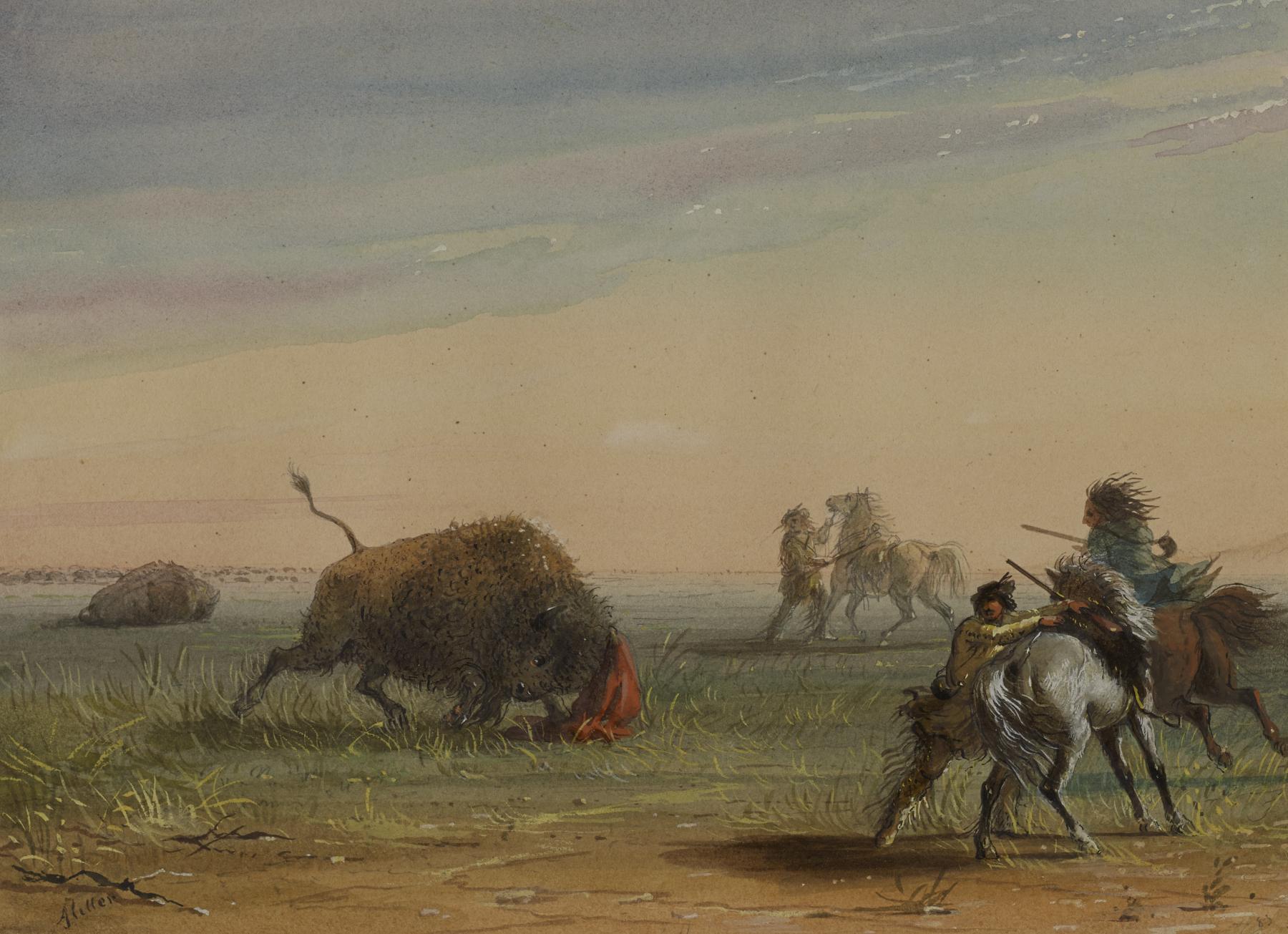 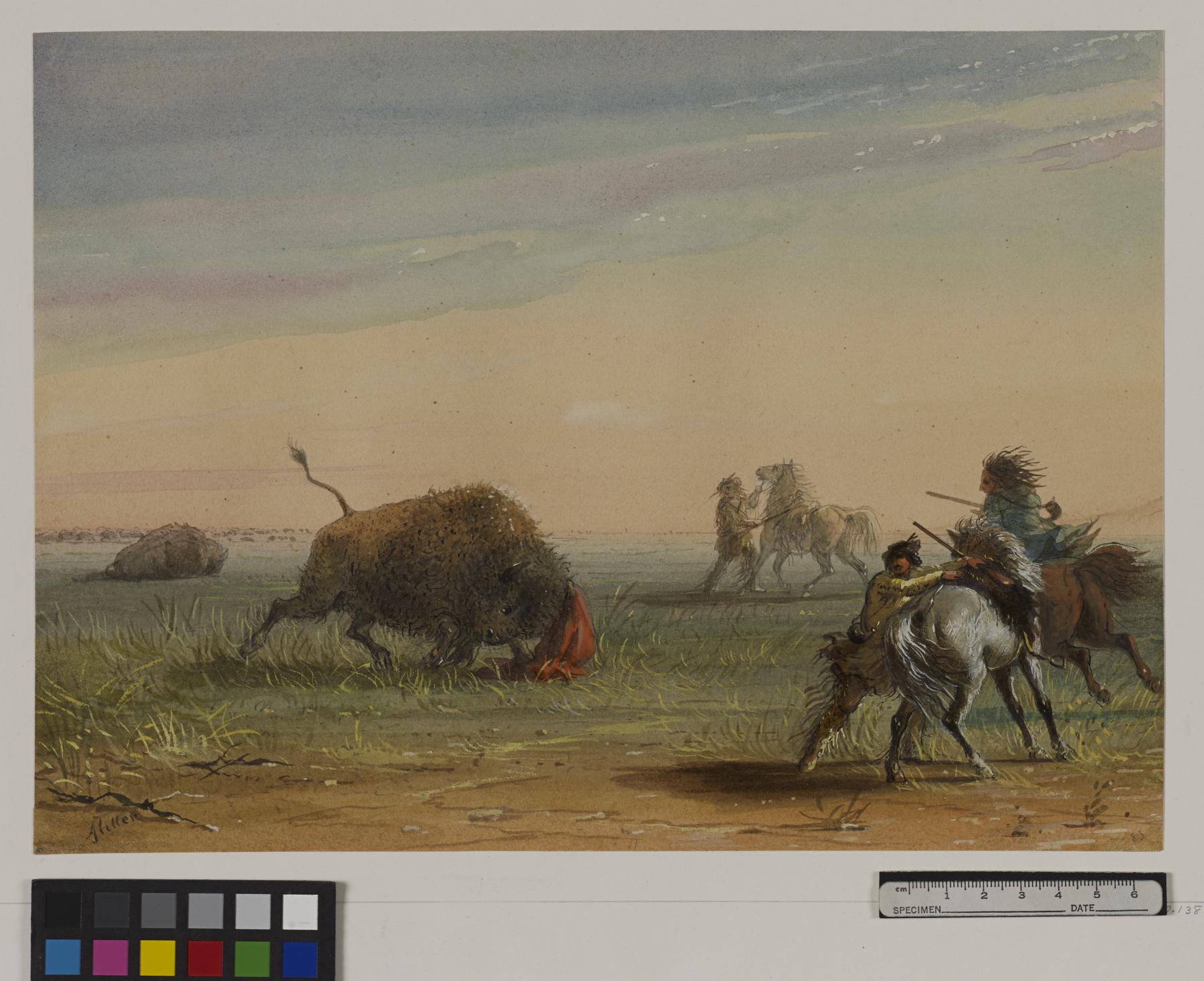 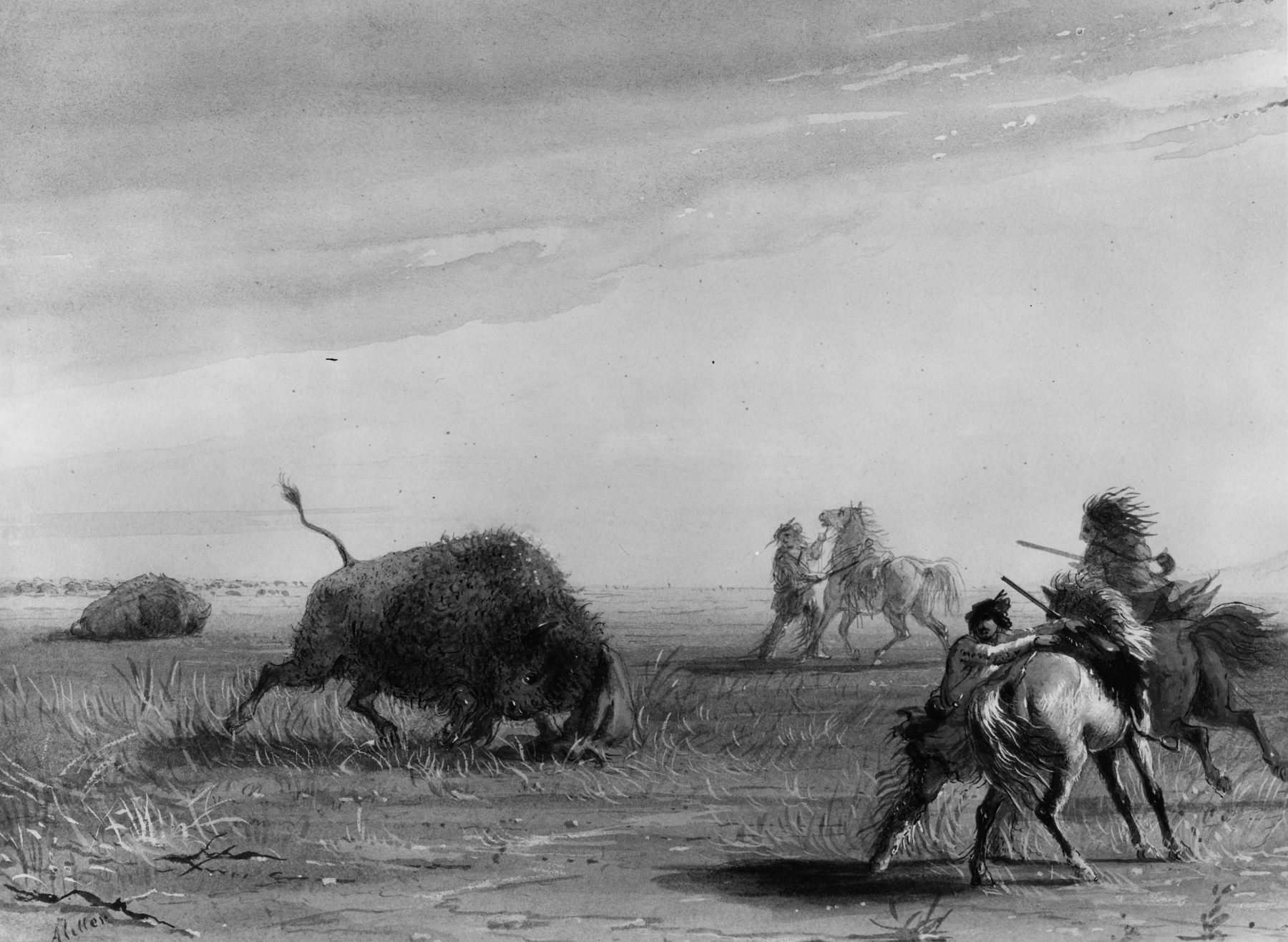 Buffalo Turning on His Pursuers

"Hunters, after wounding the Buffalo and seeing him fall, sometimes alight from their horses and approach. In this case they have reckoned without their host:- the animal has again regained his feet and gives battle. One of them to escape his fury has thrown down his blanket, in order to have time to regain his saddle;- on this unlucky blanket, the Buffalo is expending his fury, under the pleasing delu-[sion] that he is pitching into somebody, and while so engaged, another shot is prepared for him which gives him his quietus." A.J. Miller, extracted from "The West of Alfred Jacob Miller" (1837).