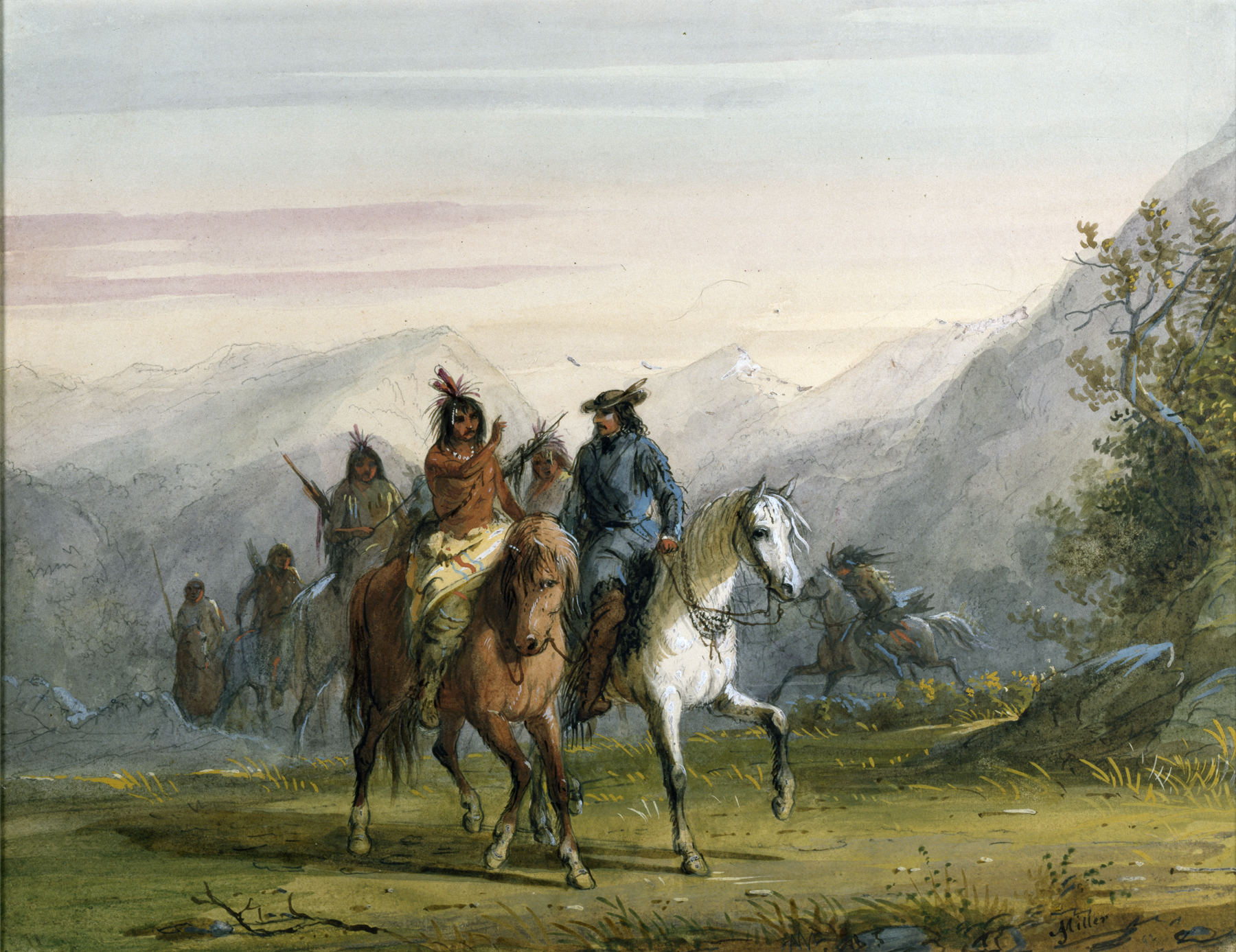 "In one of our hunting excursions, we encountered a small party of Indians, our interpreter was not present, and it was desirable to have some information that we stood in need of. The sketch represents the Indian communicating this by signs, which he does by graceful action and significant gesture, so that in the main, it is readily comprehended by persons, of course having some practice and experience. Some of the signs are easily interpreted,- for instance,- joining the palms of the hands and throwing them upward and outward, to signify day time,- action reversed, palms downward, night. Time is indicated by pointing directly over-head for meridian, and at any point from East to West, where the sun would probably be at the time,- for that hour. Sleeping is indicated by inclining the head in the palm of the hand, and closing the eyes for a moment &c. One of the cheif difficulties in acquiring the Indian language is the gutteral pronounciation;- without the even, it is not an easy matter." A.J. Miller, extracted from "The West of Alfred Jacob Miller" (1837).