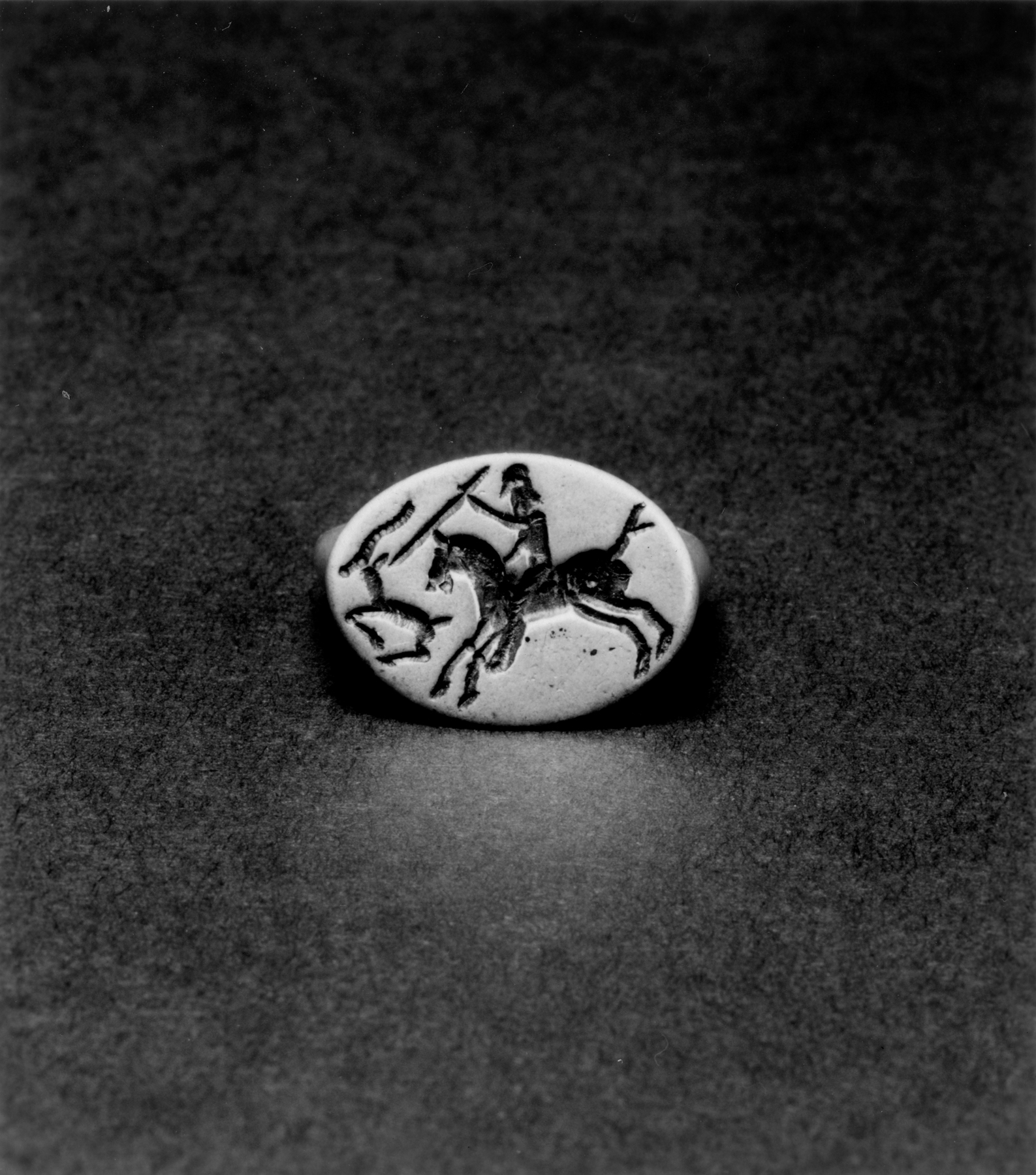 Ring Engraved with a Hunter on Horseback

The hollow hoop is rounded on the outside and slightly ridged on the inside, with a spreading shoulder. On the oval bezel is a hunter on horseback wearing a Persian cap, brandishing a spear, and chasing an antelope. A hunt on horseback was the favorite recreation of Persian nobility. However, the type of ring and its style are typically Greek. It has been suggested that this ring belongs to a group made by local "barbarian" Anatolian craftsmen in imitation of the so-called Greco-Persian gems. The date is probably the second quarter of the fifth century BC.