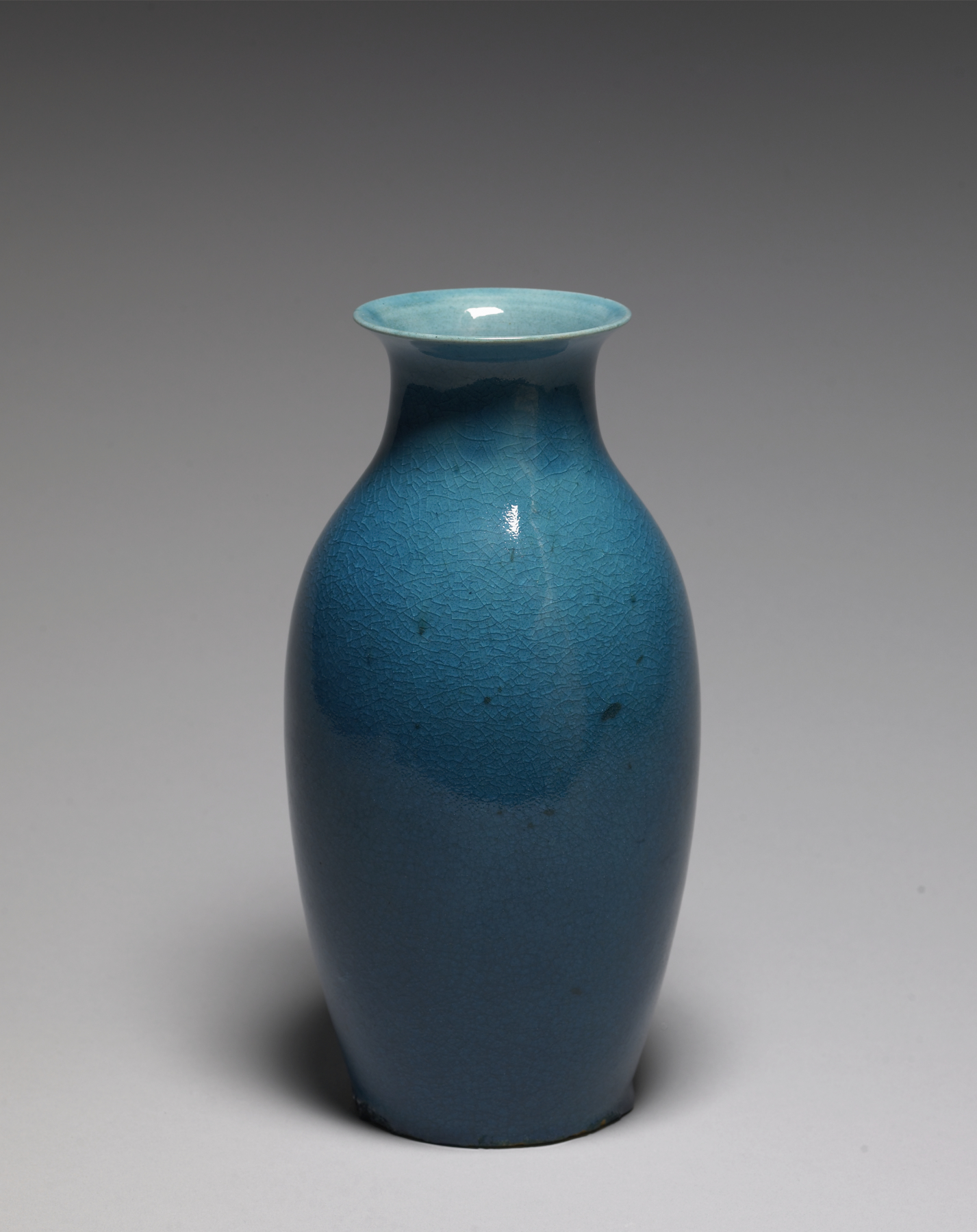 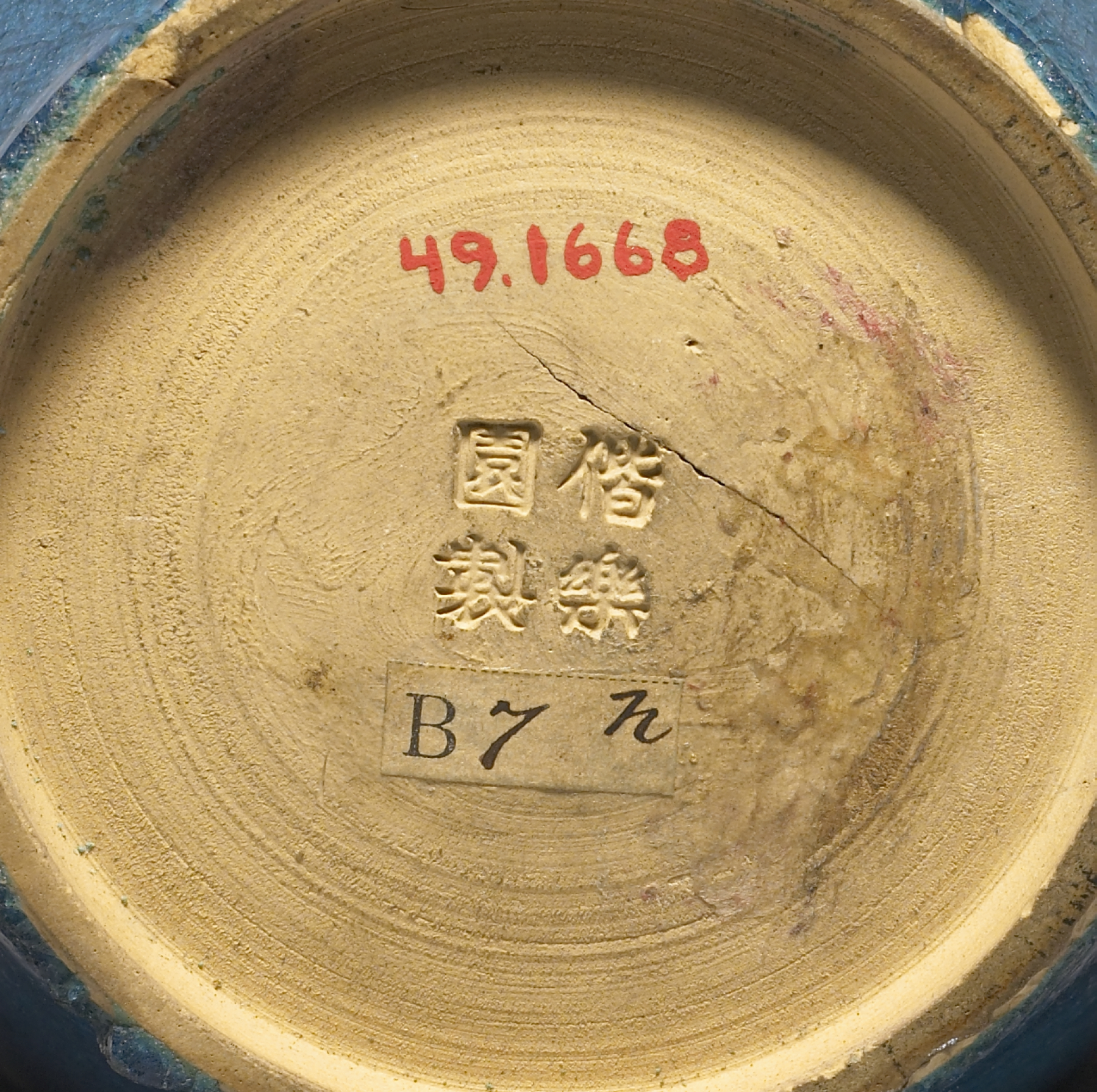 This vase was made at the Kairakuen kiln which was the "garden kiln" sponsored by the Kii branch of the Tokugawa house, in Kii province. Like the Rakurakuen kiln, it operated irregularly (firing just four times between 1819 and 1836), drawing upon the services of potters from various Kyoto workshops. Kairakuen products reflect a marked revival of interest in Chinese ceramics in the late 18th and early 19th centuries.