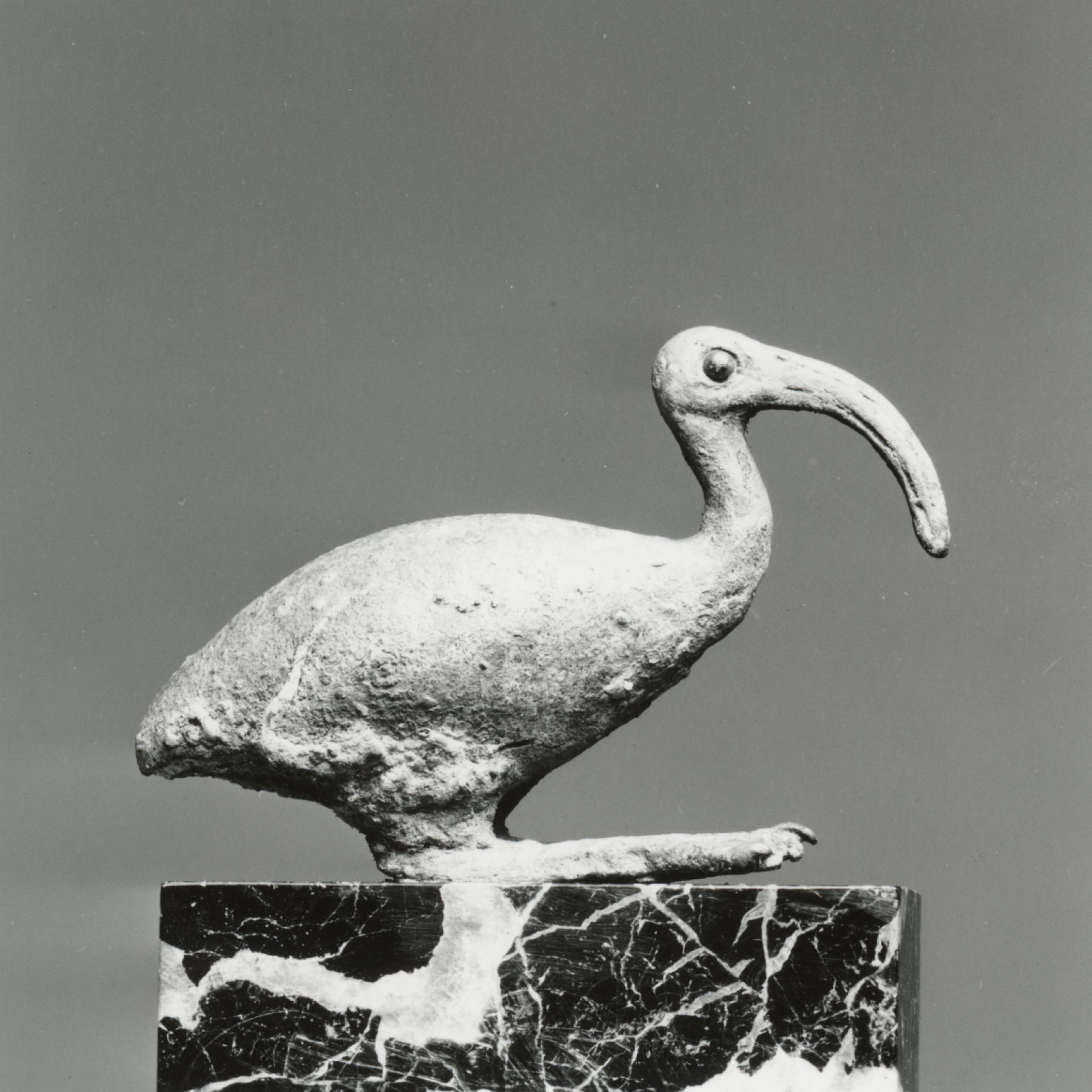 The main cult center of Thoth, the god of wisdom, was at Hermopolis in Middle Egypt. The animals sacred to this god were the baboon and the ibis, and a gigantic cemetery for them was established nearby in Tuna el-Gebel. Small bronze figurines, such as this one, could surmount a coffin and be placed in an animal cemetery, or could be donated to the Thoth temple. While ibis figures and mummies have been found in many places in Egypt, baboon mummies are rarer, and most of them come from Tuna el-Gebel.