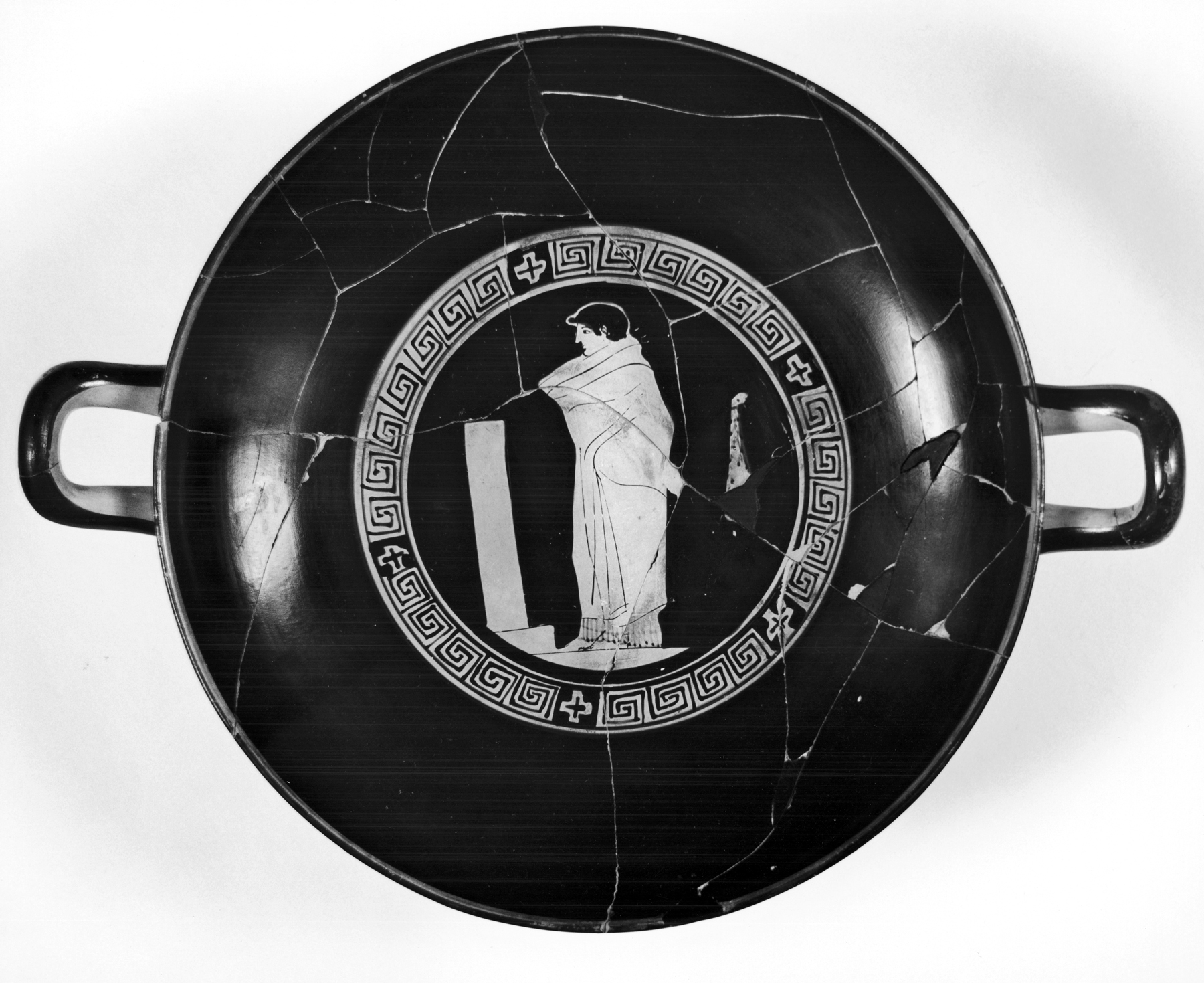 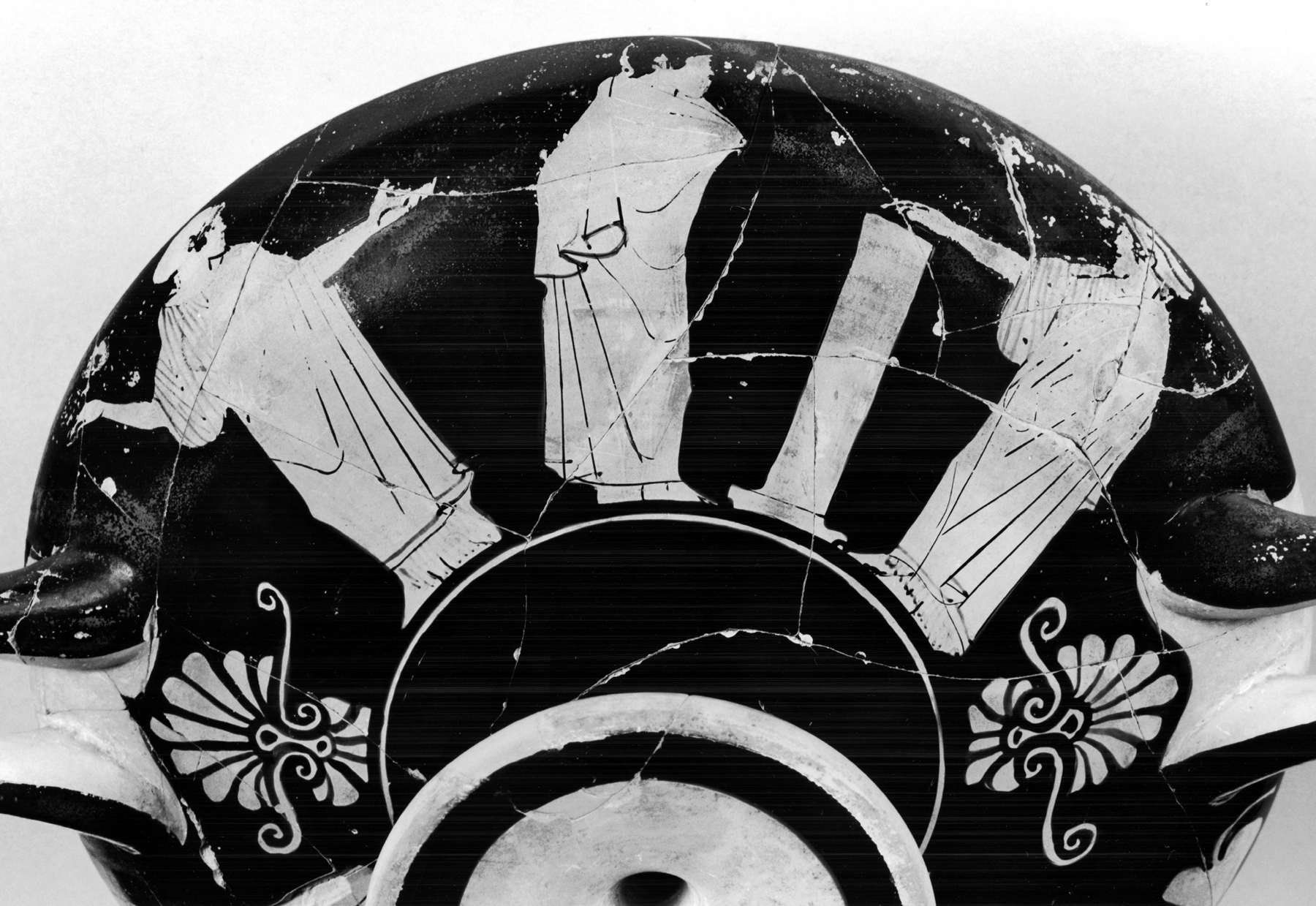 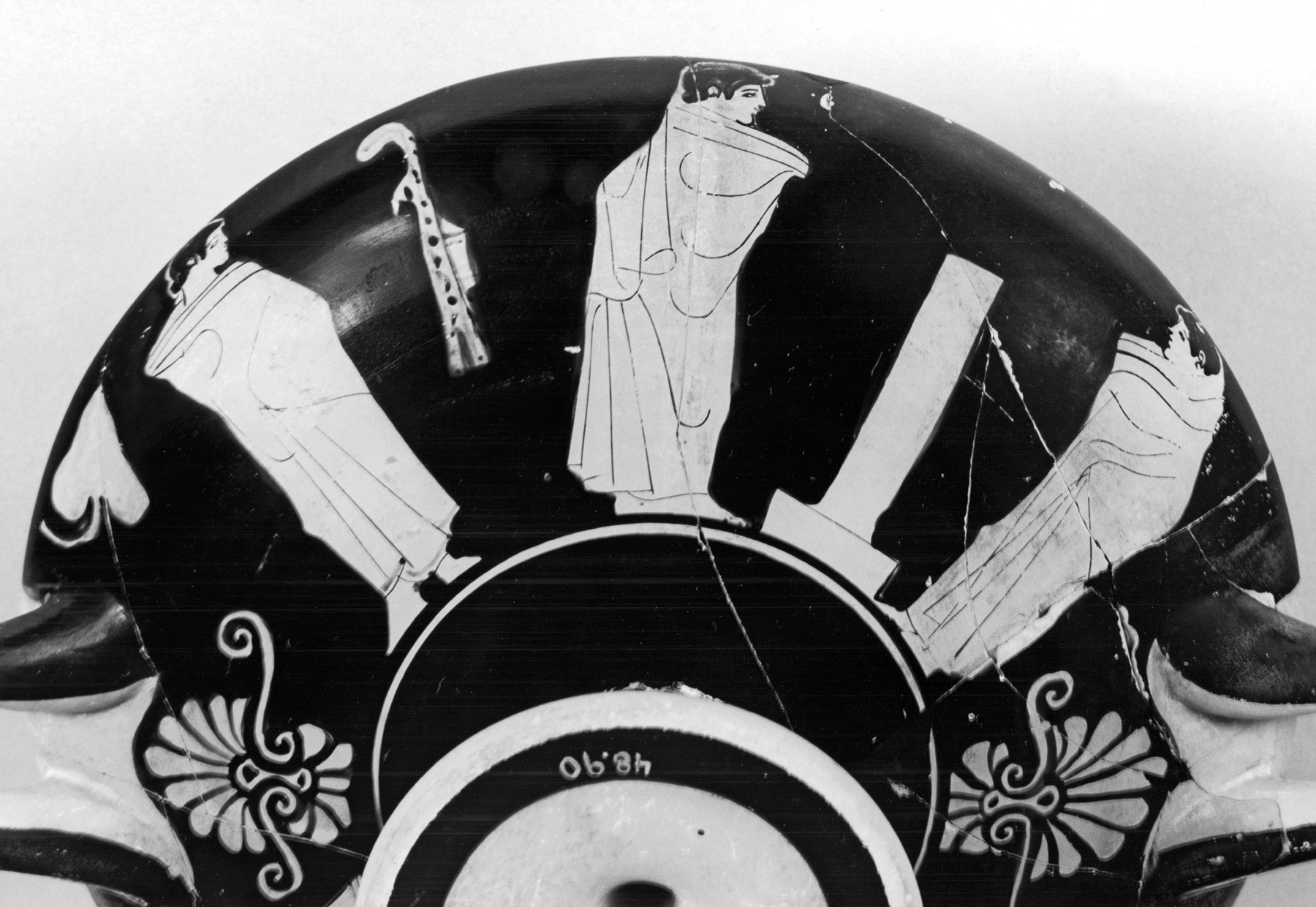 Kylix with Youths and Women

This red-figure kylix depicts a youth or a woman to the left on the tondo. The figure wears a chiton and mantle and stands before a pillar. A sakkos hangs on the right.

On the front are two women and a youth. On the left a woman stands frontally, looking right. She holds out both hands, gesturing to another woman on the far right who stands before a pillar, facing left, right arm extended. Both wear a chiton, mantle, and sakkos. In the center is a mantled youth who stands in profile to the right.

On the back three youths are depicted. The one on the left stands frontally, while looking right. Above on the left is an ivy leaf. A second mantled youth stands in profile to the right before a pillar between him and the third mantled youth who faces left. A flute case hangs between the first and second youths. The mantles of all three are pulled up around their necks; the last's extends over part of his head.

The sex of the figure in the tondo is unclear, and perhaps the painter himself forgot or changed his mind halfway through completing the figure. The dress and sakkos speak in favor of a woman, the head and stele for a youth.