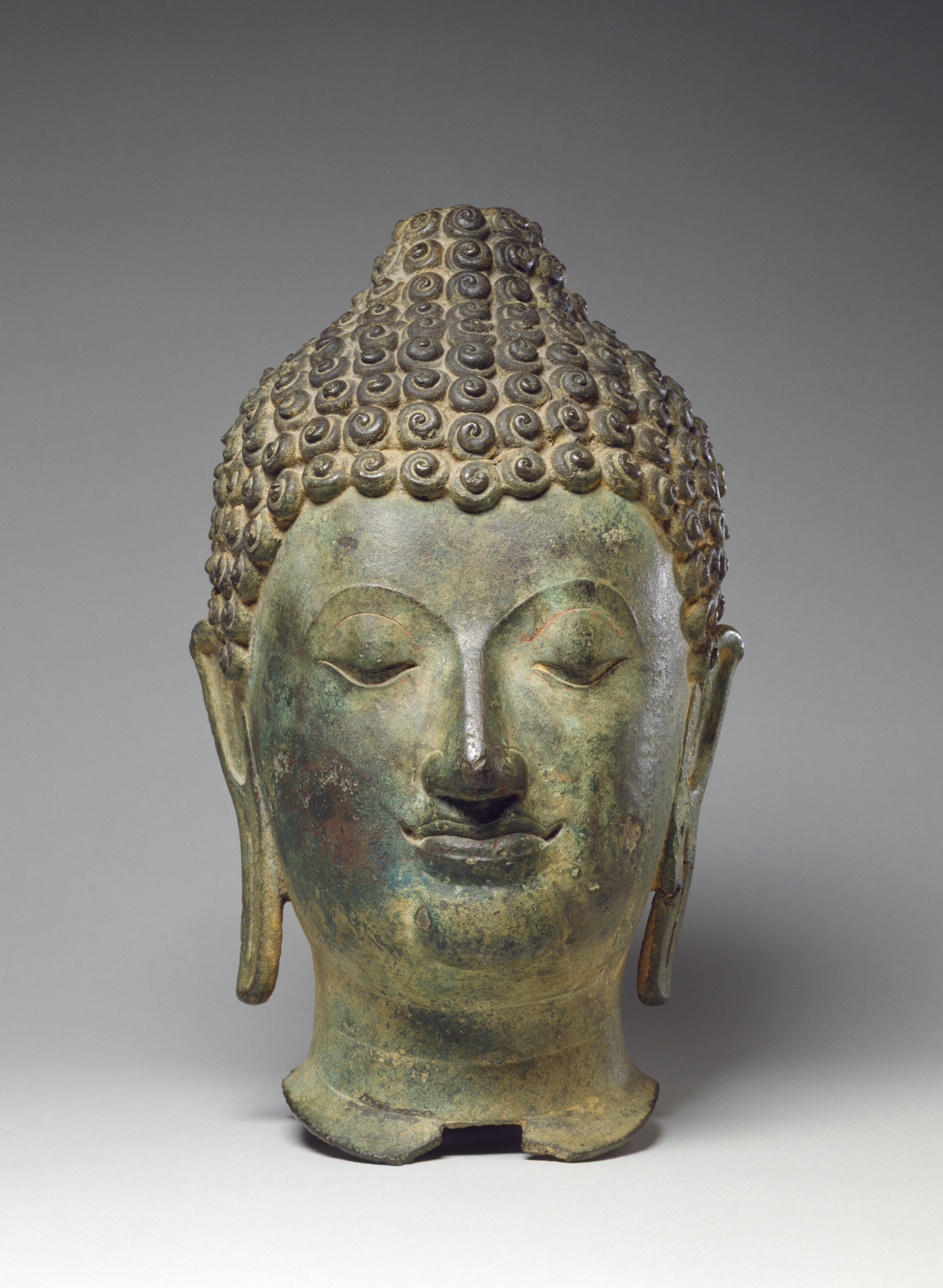 Head of the Buddha

This piece suggests that Sihing-type images began to be produced in Sukhothai and Chiang Mai workshops at the same time. The connections go further than this, however; it can be proposed that this head was cast in Chiang Mai by a Sukhothai-trained craftsman.

There are several Lan Na detached heads, similar in style, that were originally joined to the body at the neck, with corresponding notches on each edge.

Gift of A. B. Griswold, through transfer from the Baltimore Museum of Art, 1989