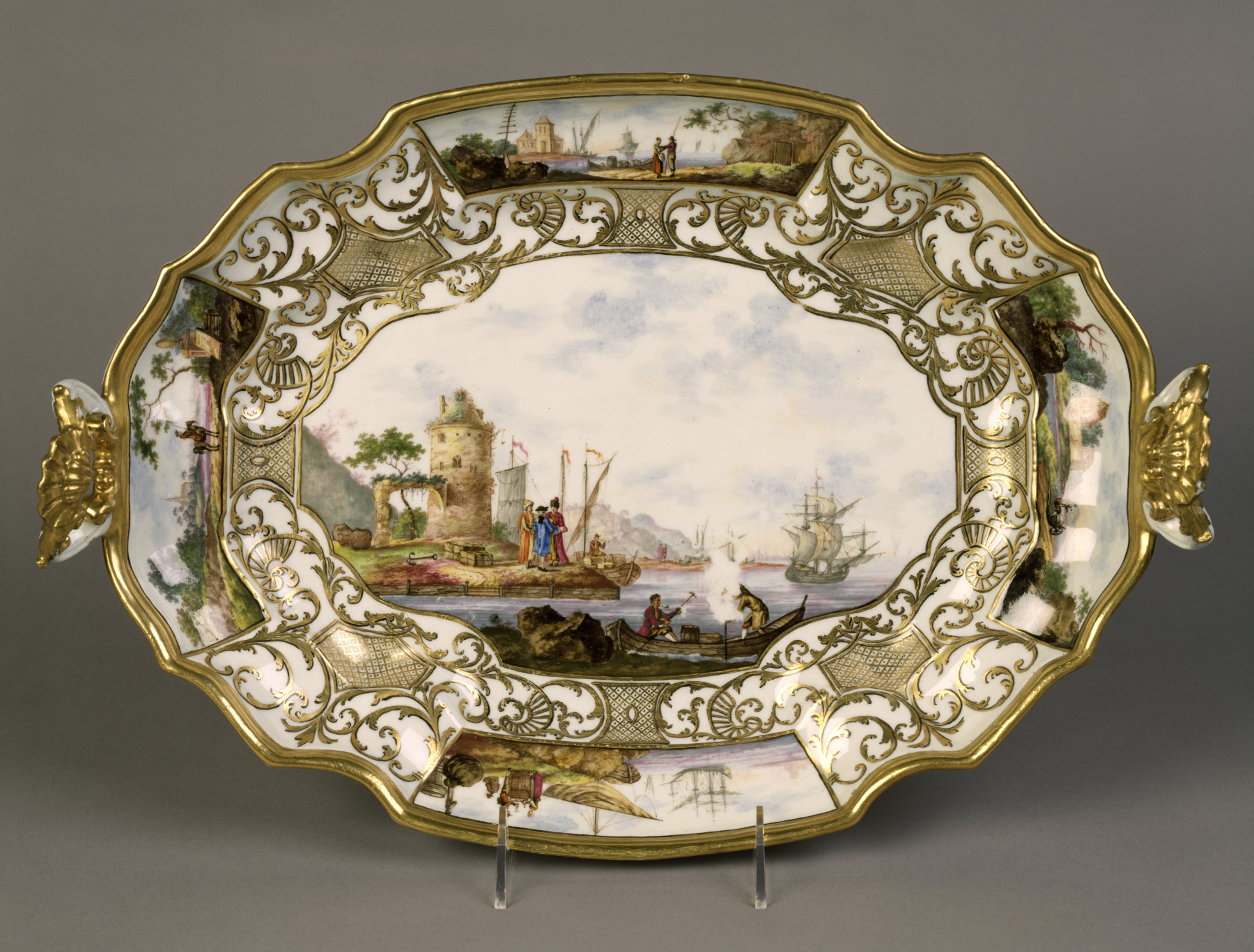 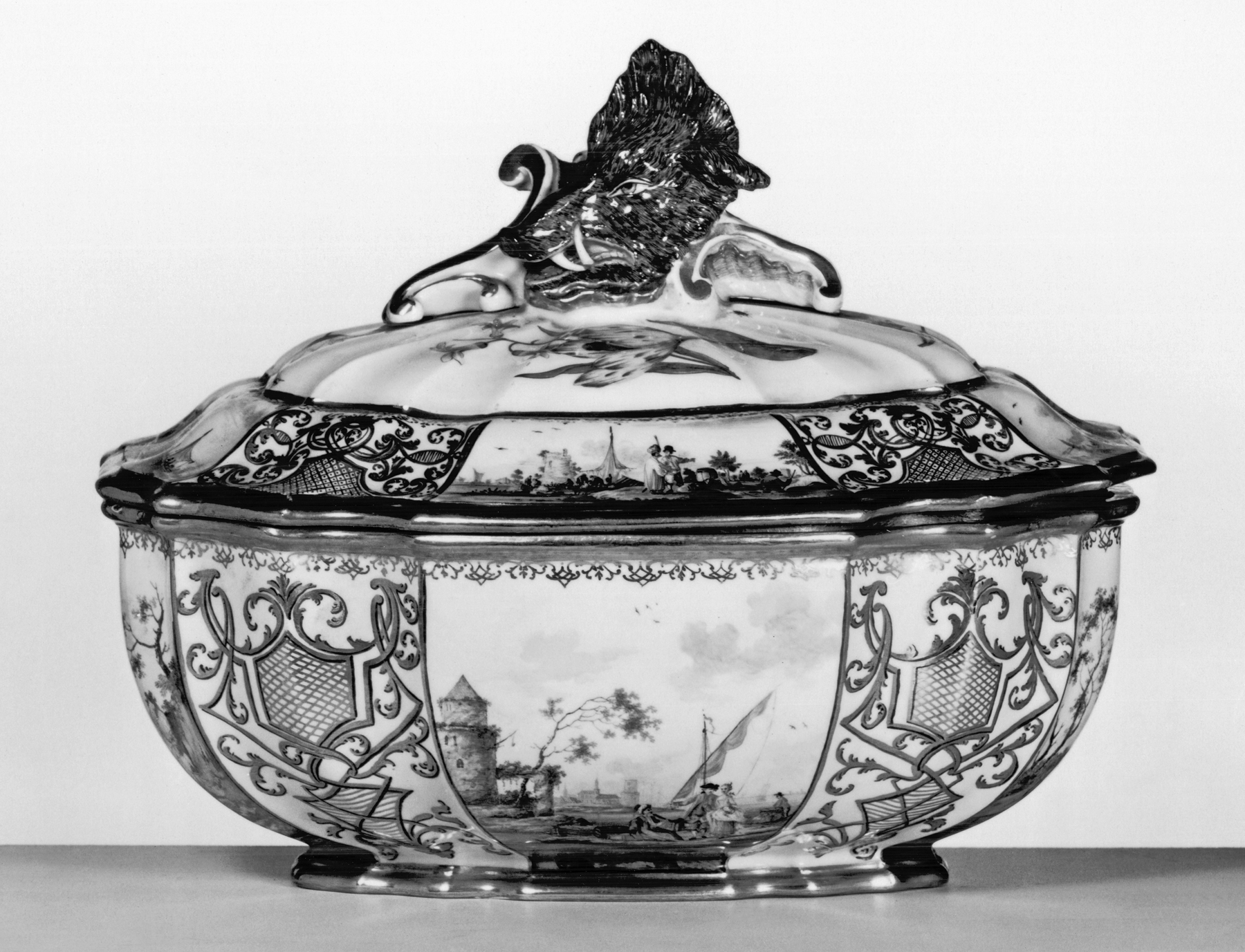 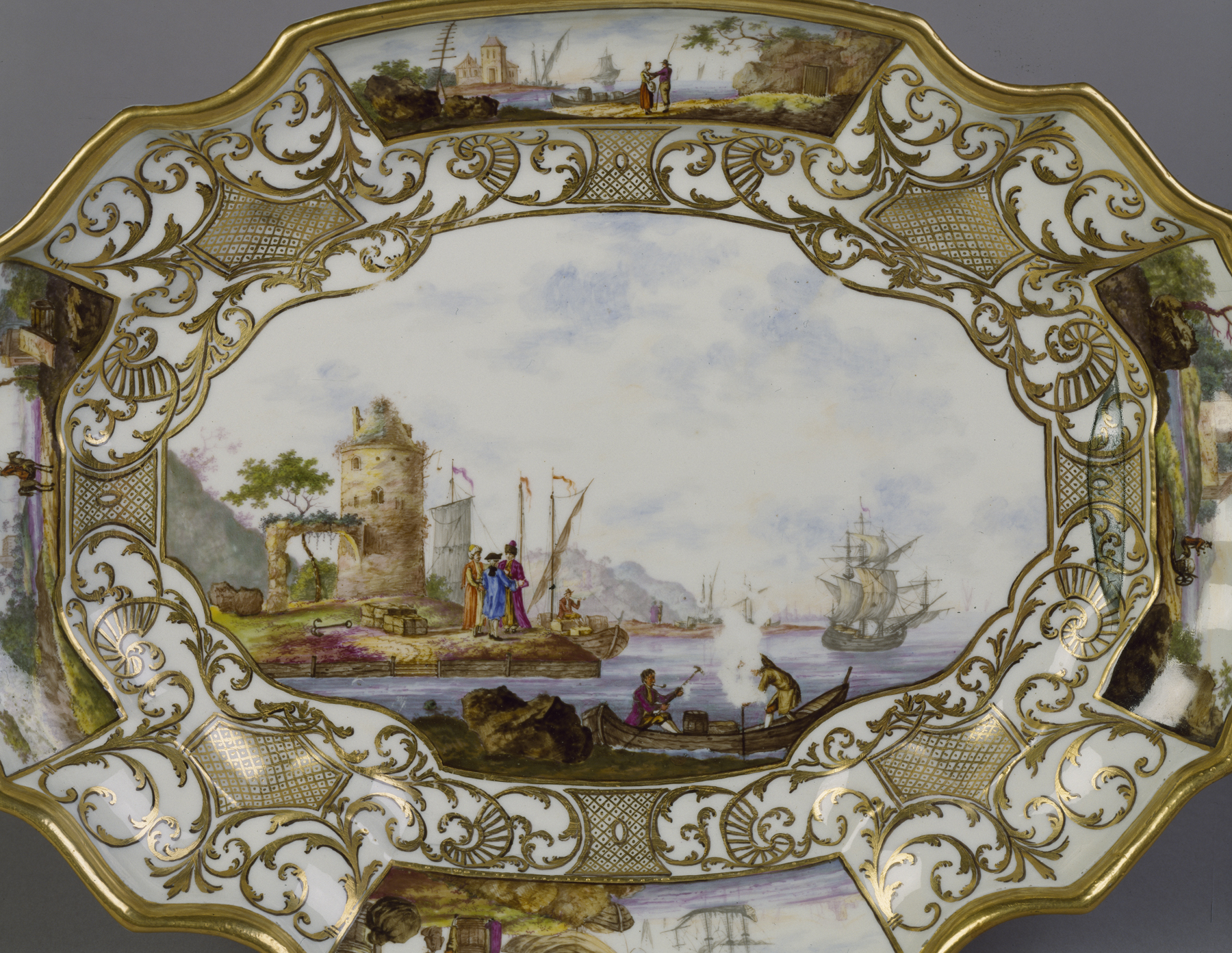 Many of the innovations made by Johann Gregorius Heroldt at the Meissen factory between 1720 and ca. 1750, are reflected in this platter and its matching tureen. Typical of this era are the harbor scenes painted in new enamel colors, the large floral motifs, and the distinctive lambrequin patterns of gilding known as "Laub und Bendelwerk." A similar tureen with the identical gilding was illustrated in Koller, Auction Preview, Zurich, March 2008, p. 28. It is dated ca. 1745.