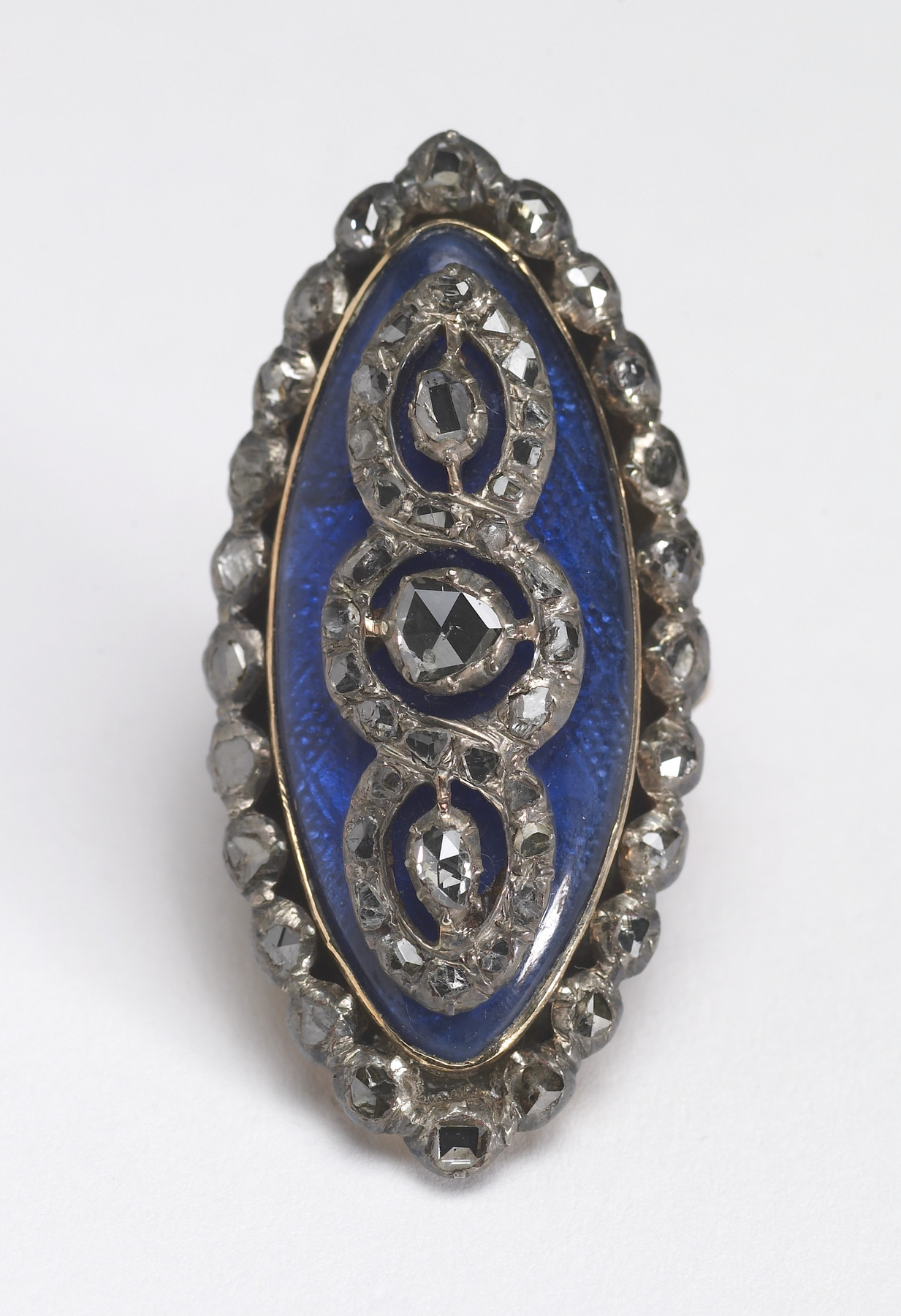 This finger ring has a navette or boat-shaped bezel with a triple-loop setting of diamonds over a foiled, enamel ground.