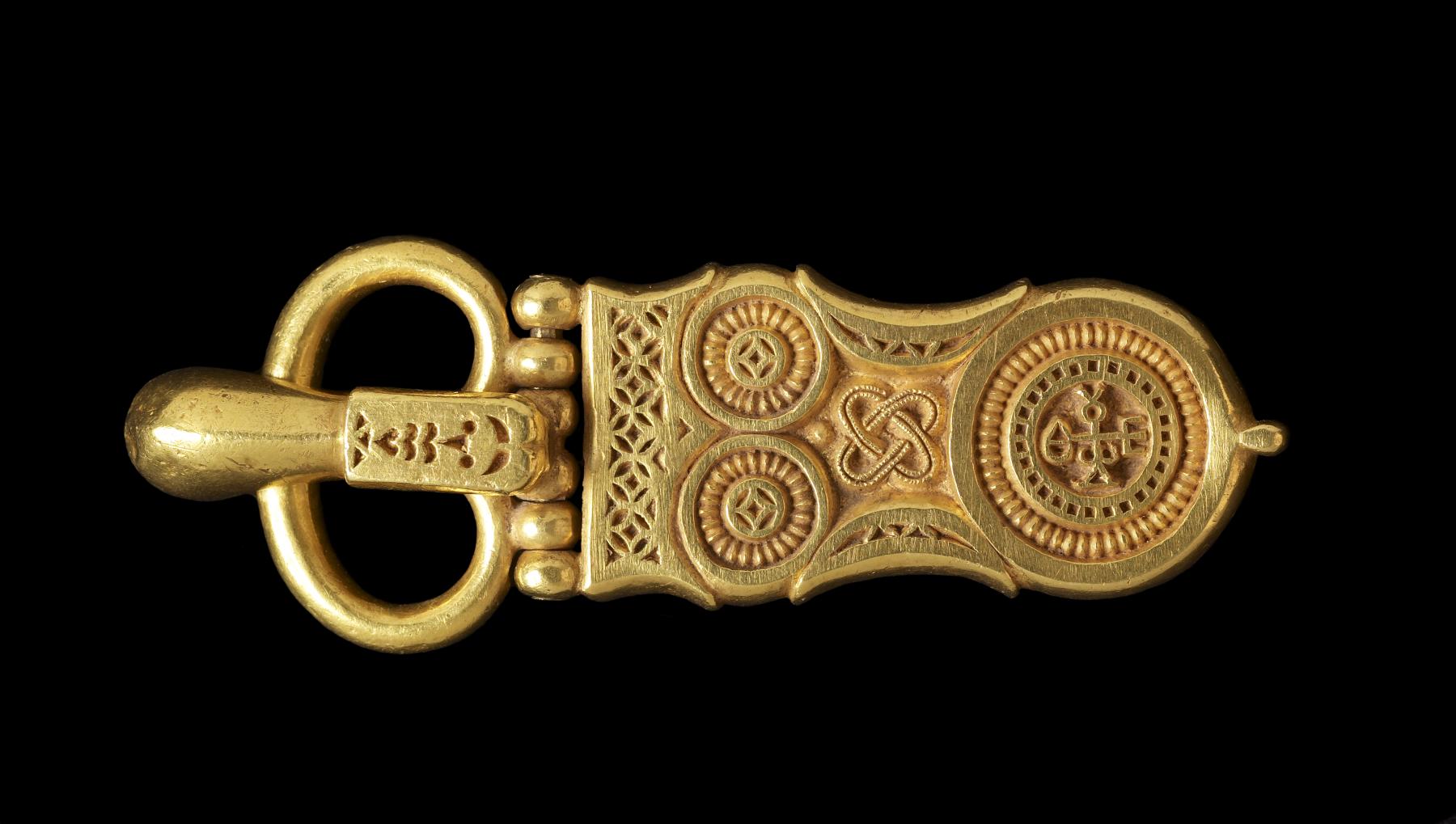 Gold belt buckles were usually personallized with the owner's name, like the small monogram of Theodore seen on this luxurious example. Belt buckles were in use in the Byzantine Empire by the 5th century, when the Roman toga began to be replaced by trousers as part of the cultural influence of the northern migratory peoples.