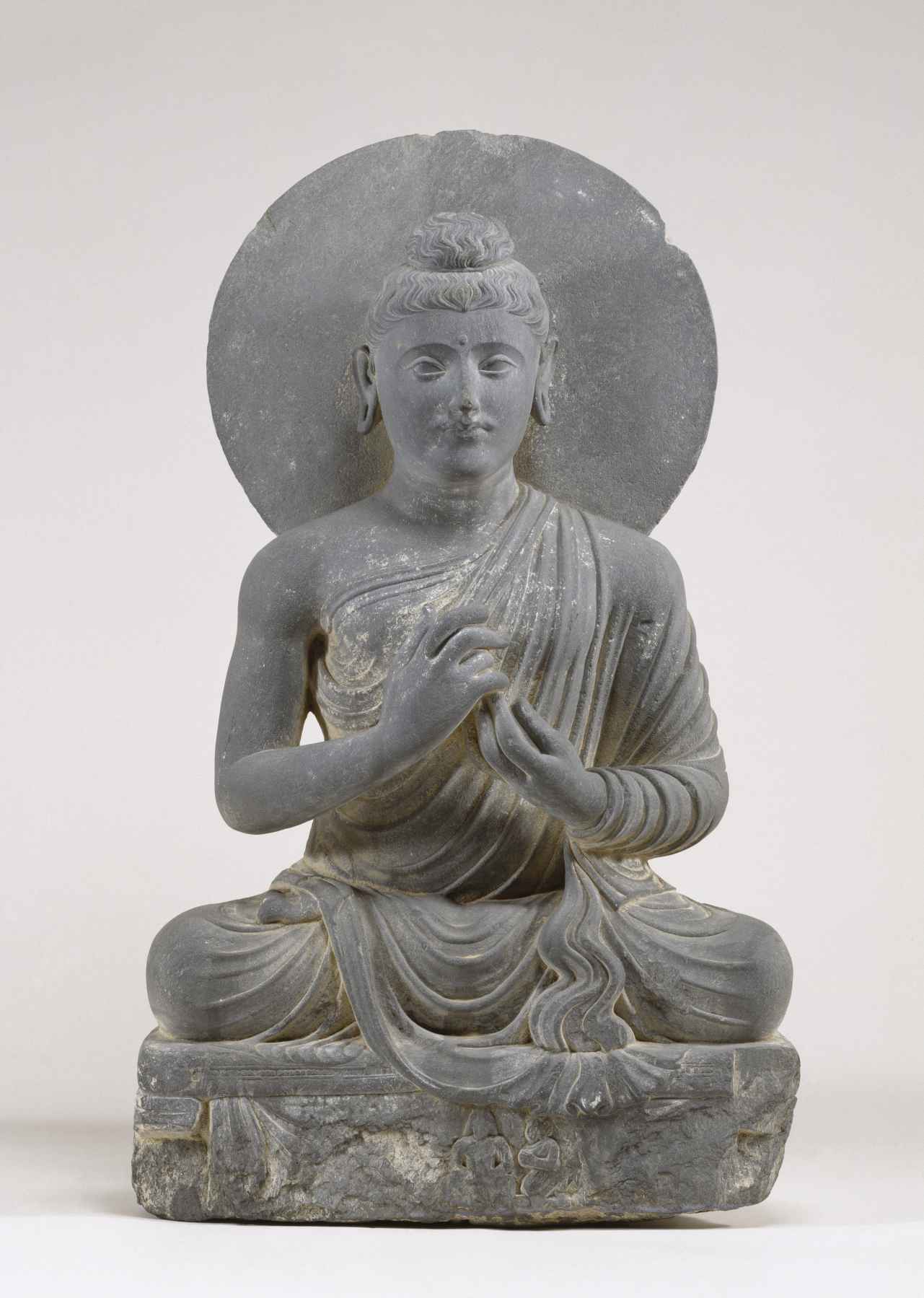 Seated Buddha in the Attitude of Preaching

The Buddha's hand gesture, or mudra, is called dharma-chakra. It reveals the Buddha to be preaching a sermon in which he explains the four Noble Truths of human existence and the path to enlightenment. Many sculptures of this type were created in the Gandharan region of present-day Pakistan. This region had fallen under the control of Alexander the Great during his conquest in the 4th century BC, and the sculptors there were greatly influenced by Greco-Roman artistic traditions.