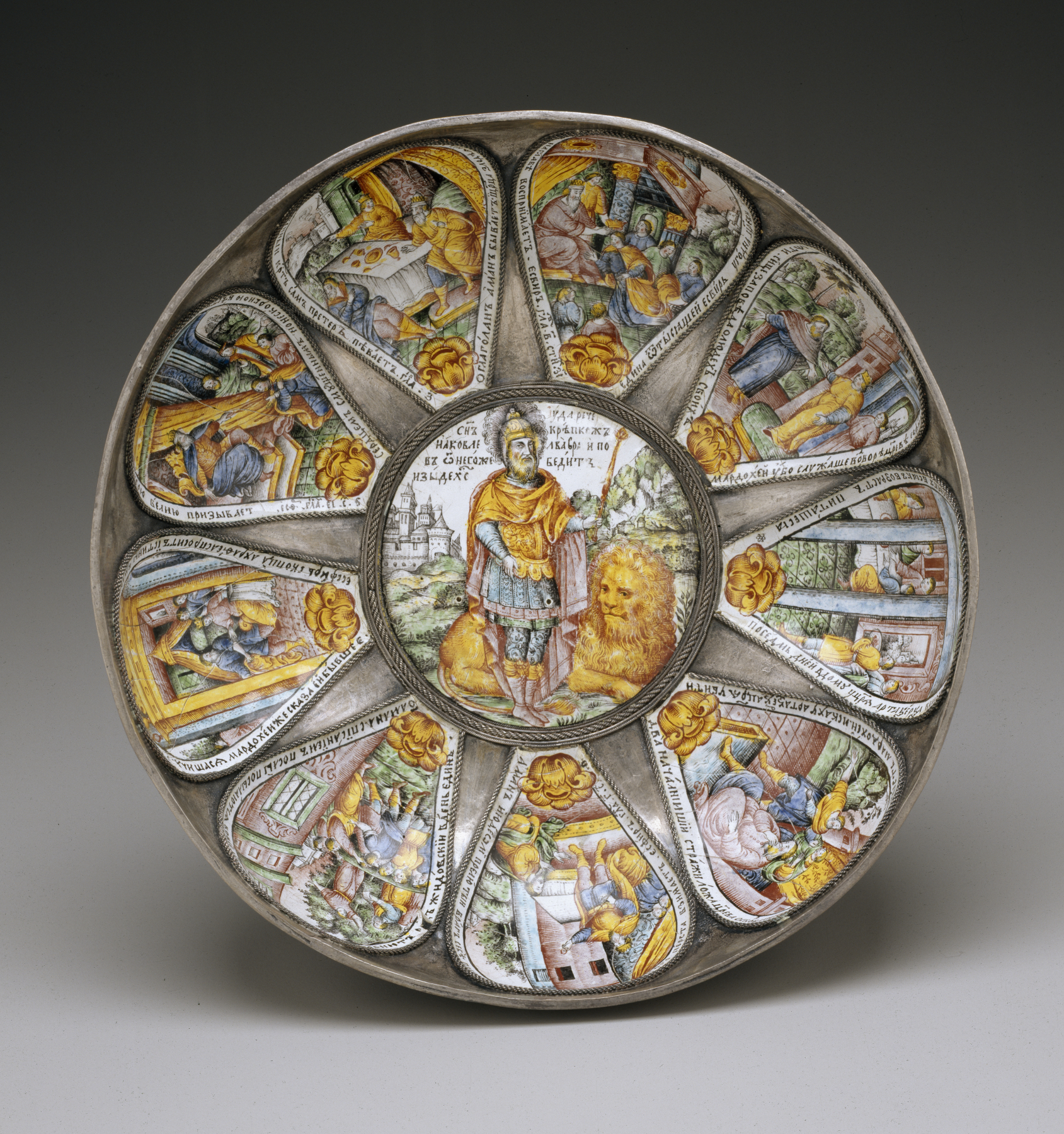 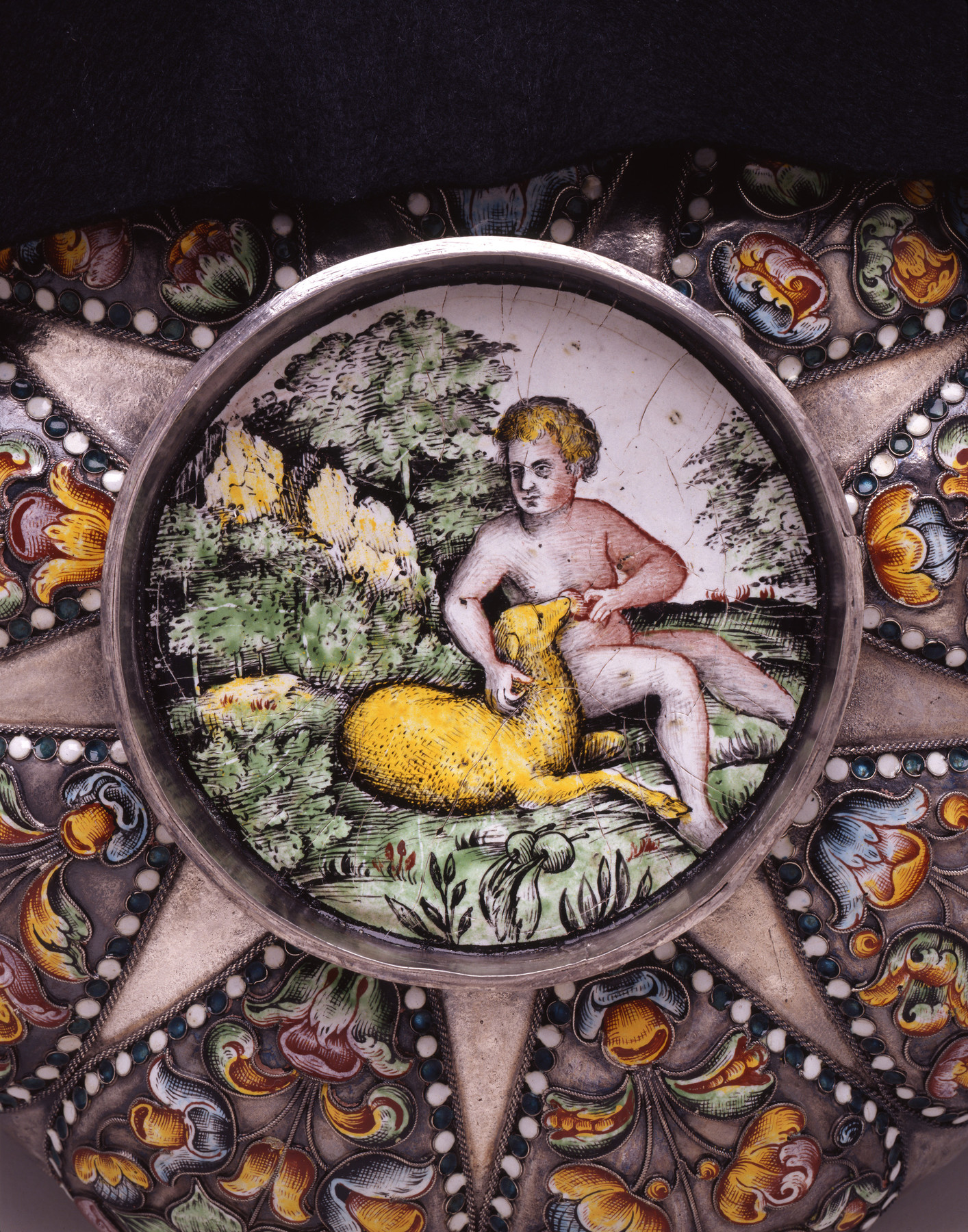 The source for the scenes on this bowl and on a similar one in the Moscow Kremlin Armory (inv. MP-1079) is the illustrated Bible of Nicholaus Johannes Piscator (1586-1652), a Dutch publisher and engraver. This Bible was translated into Russian in the 1670s and became a source for images on objects and church frescoes. The paintings, like the inscriptions, are freely adapted: there are more scenes on the bowl than are illustrated in the Piscator Bible, and sometimes a single scene has been painted in two parts to accommodate the lobes of the bowl. The image in the central medallion seems to allude to the young Russian Czar Peter I (r. 1682-1725), while the surrounding scenes from the Book of Esther may refer to his mother, the Czarina Natalia Kirillovna Naryshkina. Formerly attributed to a Solvychegodsk workshop, the bowl is more likely to have been made in Moscow.

[Translation]
Jacob’s son, from whom Christ descended. Judah said [that] the lion will mightily conquer the enemies (cf. Rev. 5:5).
Out of a thousand [virgins], Esther alone finds favor with the king and receives from him a royal crown on her head (cf. Esther 2:17).
Mordecai served in the palace. He commands Esther not to reveal her kindred. The same he commanded about her people (cf. Esther 2:19-20).
For seven days in the house of King Artaxerxes (Ahasuerus) his officials and servants made merry, and people of all ages ate (cf. Esther 2:18).
Two chiefs of the guard of the king’s bed, grieved because Mordecai had been promoted, sought to kill King Artaxerxes (Ahasuerus) (cf. Esther 2:21).
Aman (Haman), most fierce enemy of the Jews, swaggers [and] takes a ring from the king’s finger (cf. Esther 3:1.10).
Messengers are sent by Aman (Haman) throughout Artaxerxes’ (Ahasuerus’) kingdom with a letter [commanding] to exterminate the race of the Jews in one day (cf. Esther 3:13).
Esther sends the eunuch Achrathaeus (Hathach) to Mordecai to learn the truth. And Mordecai told her what had happened to him (cf. Esther 4:5-7).
Esther approaches the king with a perturbed heart but not with sad news, [and] summons to a great banquet (cf. Esther 5:1-4).
Aman (Haman) is accused, the queen reveals his evil deed, and he is hung upon the cross prepared for Mordecai (cf. Esther 7:5-10).