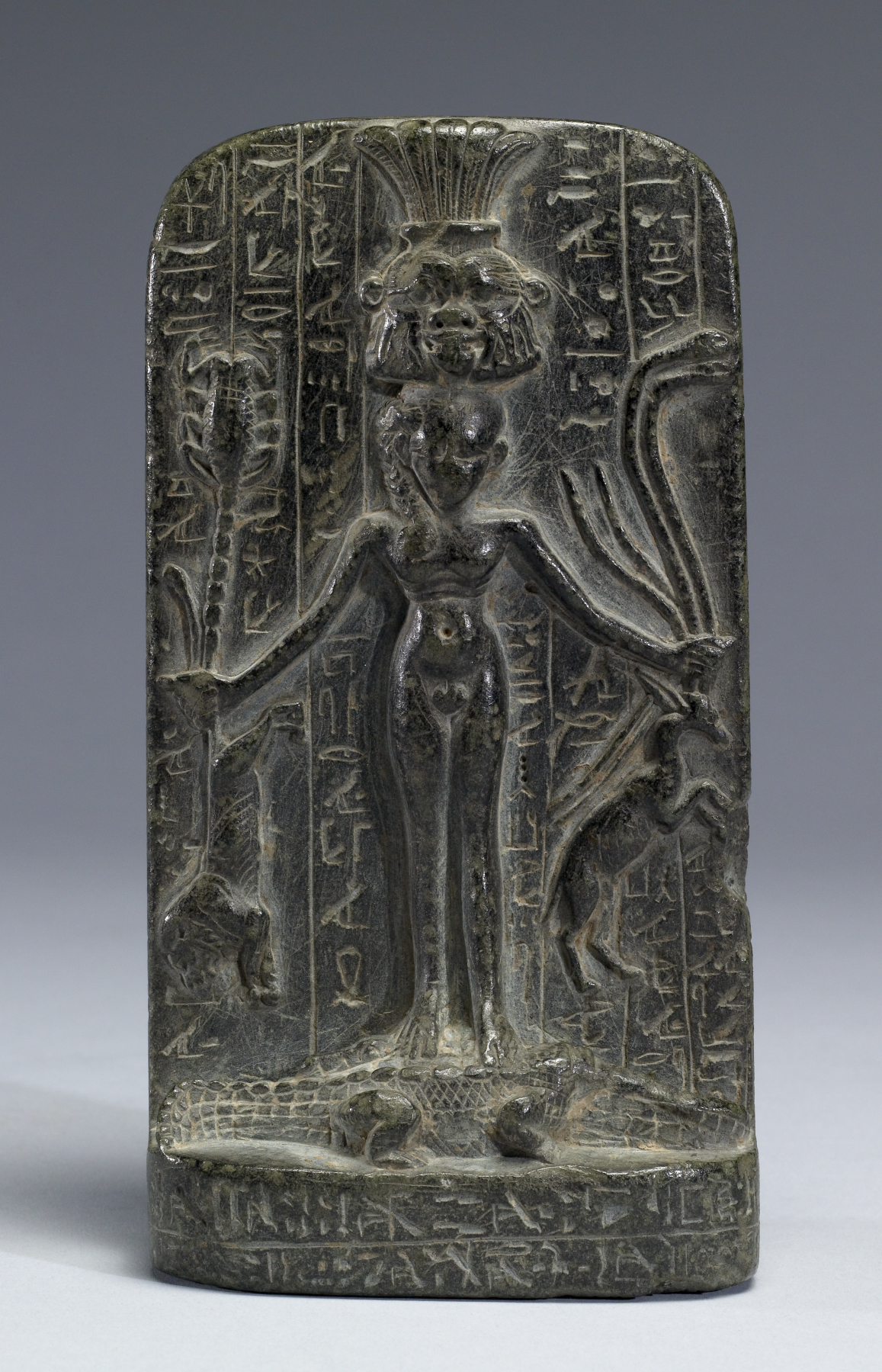 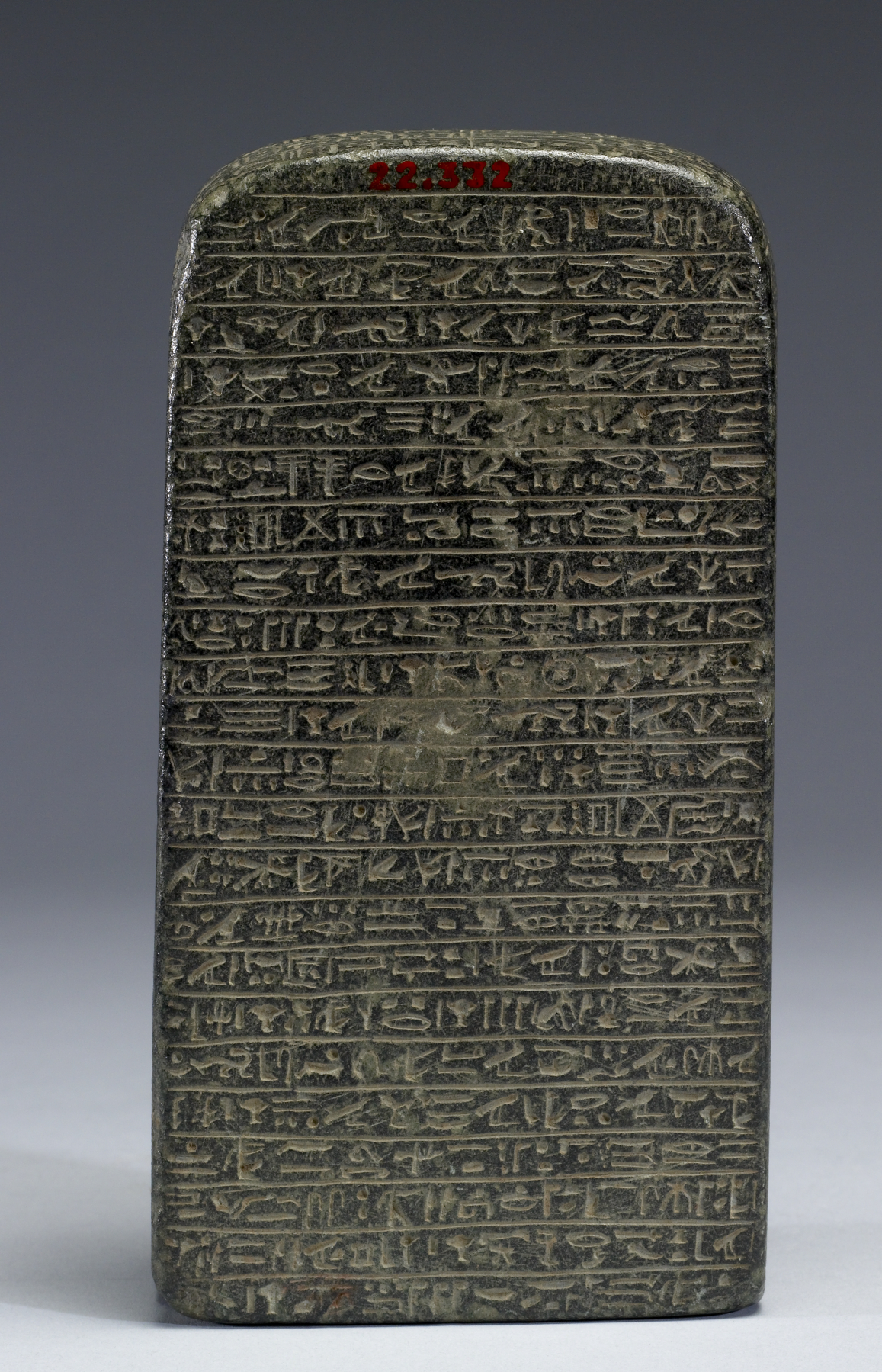 The Horus stele, or "cippus," was one of the most important items associated with magic in ancient Egypt. At the center of these stone slabs was the nude figure of the child Horus, or Harpocrates, associated with the newborn sun, with the head of the god Bes above him. Horus-the-Child, the son of Isis, stands on two crocodiles and holds dangerous animals (snakes, scorpion, lion, and antelopes) in his hands, demonstrating that with supernatural powers even a child can overcome dangers. Texts and magical scenes occupy most of the empty space. Larger examples of these Horus stelae were placed in temple precincts, where priests poured water over them to absorb the magical power of the spells and images. Drinking the water, it was believed, would protect against the harmful bites of dangerous creatures as well as other dangers and evils. Smaller versions were used at home, and very small ones were worn as amulets.