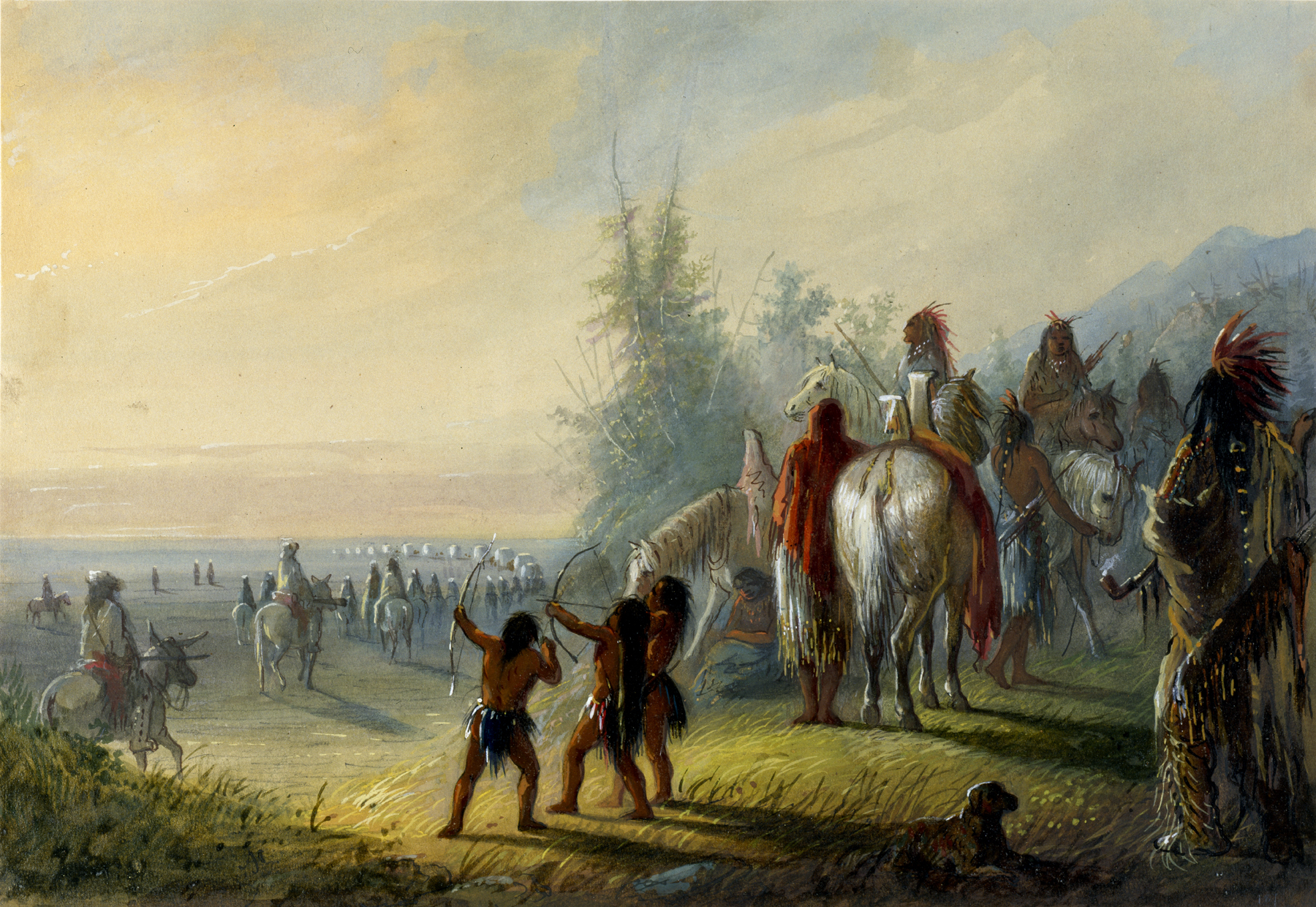 "The time represented in the sketch is early morning, and the Caravan has placed itself en route,- our old friends the Delawares as usual are delaying and inactive. These Delawares when William Penn landed in America were a strong and powerful nation, and received that distinguished man and his followers with open arms and a hearty welcome. They sat in Council and listened to his friendly tongue and soft speeches, when (if they had studied their own interest) they might have pitched the whole straight-coated fraternity into the River." A.J. Miller, extracted from "The West of Alfred Jacob Miller" (1837).