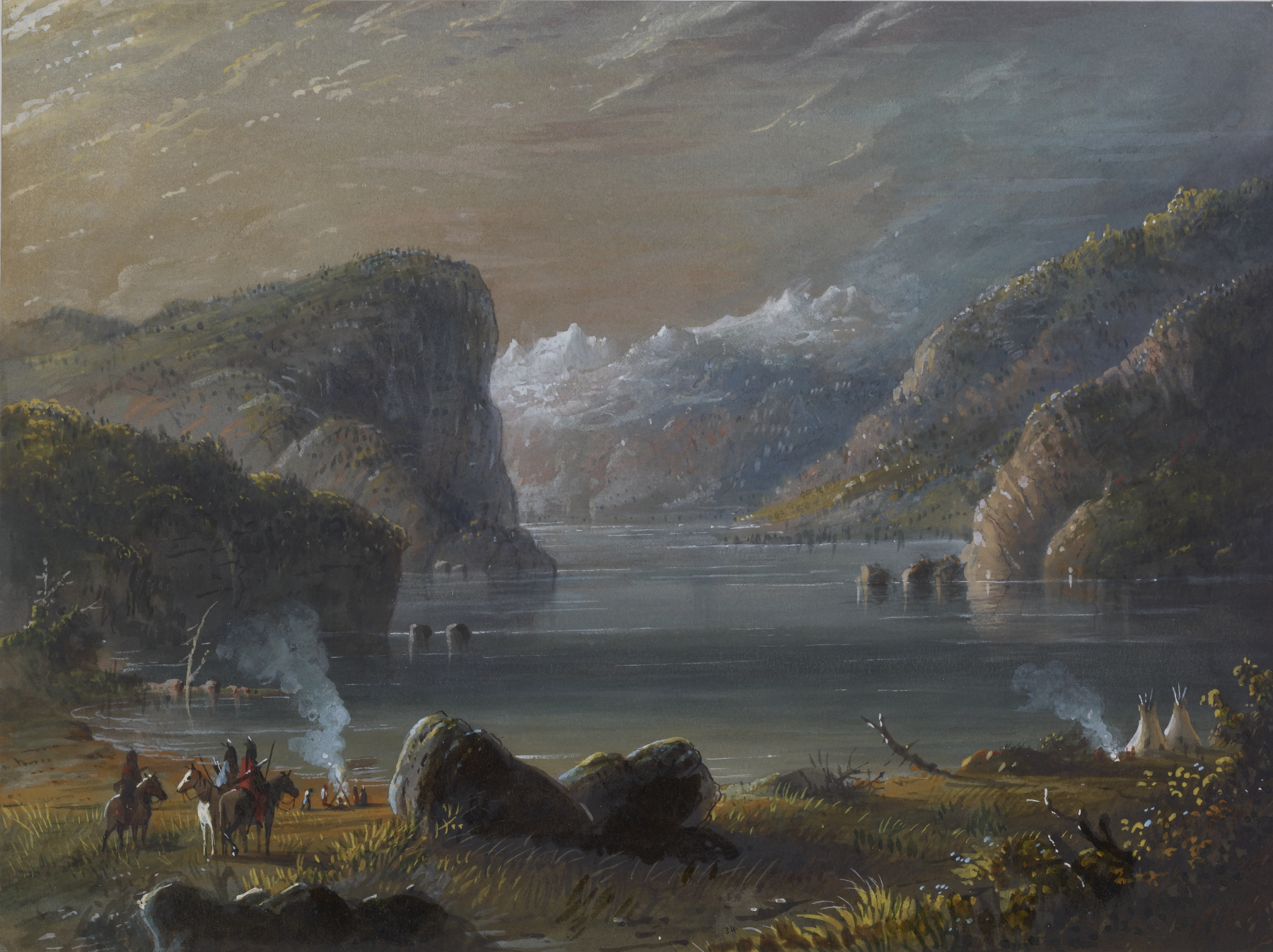 Proud of being one of the few artists to see the Rocky Mountains before the Oregon Trail was fully initiated, Miller read the accounts of explorers like John C. Frémont and revised the captions for his pictures in the light of their findings. When he encountered George Catlin in London, he commented to his brother that there was a great deal of "humbug" about Catlin and that Catlin was lucky there were so few people who had seen the West and who could discredit him. Miller, of course, considered himself one of the few.

Marshall Sprague, author of an essay about Miller and Stewart, has suggested that this is Frémont Lake.