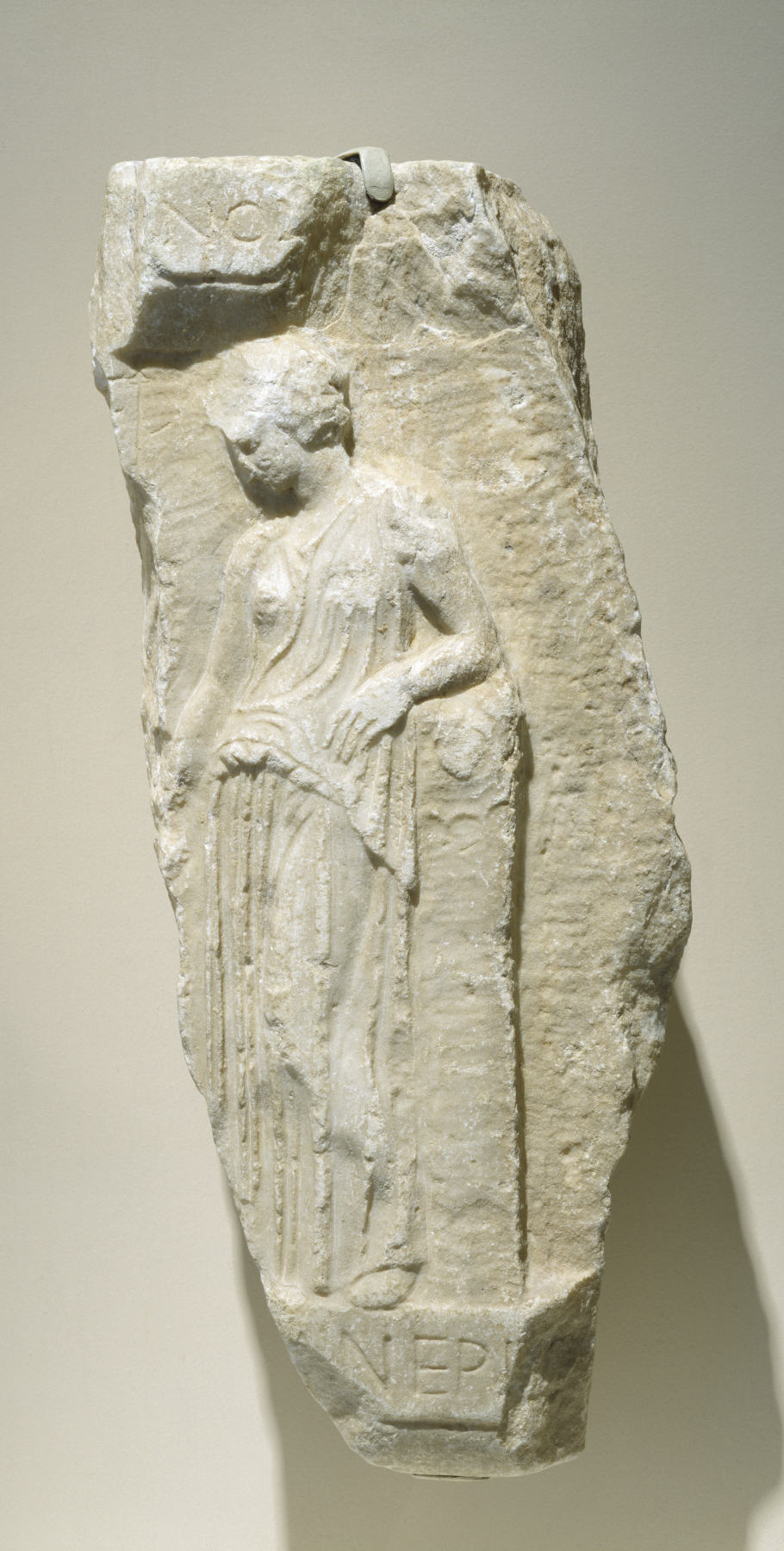 Athena rests her left arm on a pillar, over which is draped her "aegis" (a powerful and protective scaly animal skin) with a Gorgon head. Athena's pose exemplifies the grace associated with the Classical art of late 5th-century Athens. Standing beside her would have been the individual honored in the official decree, inscribed below.