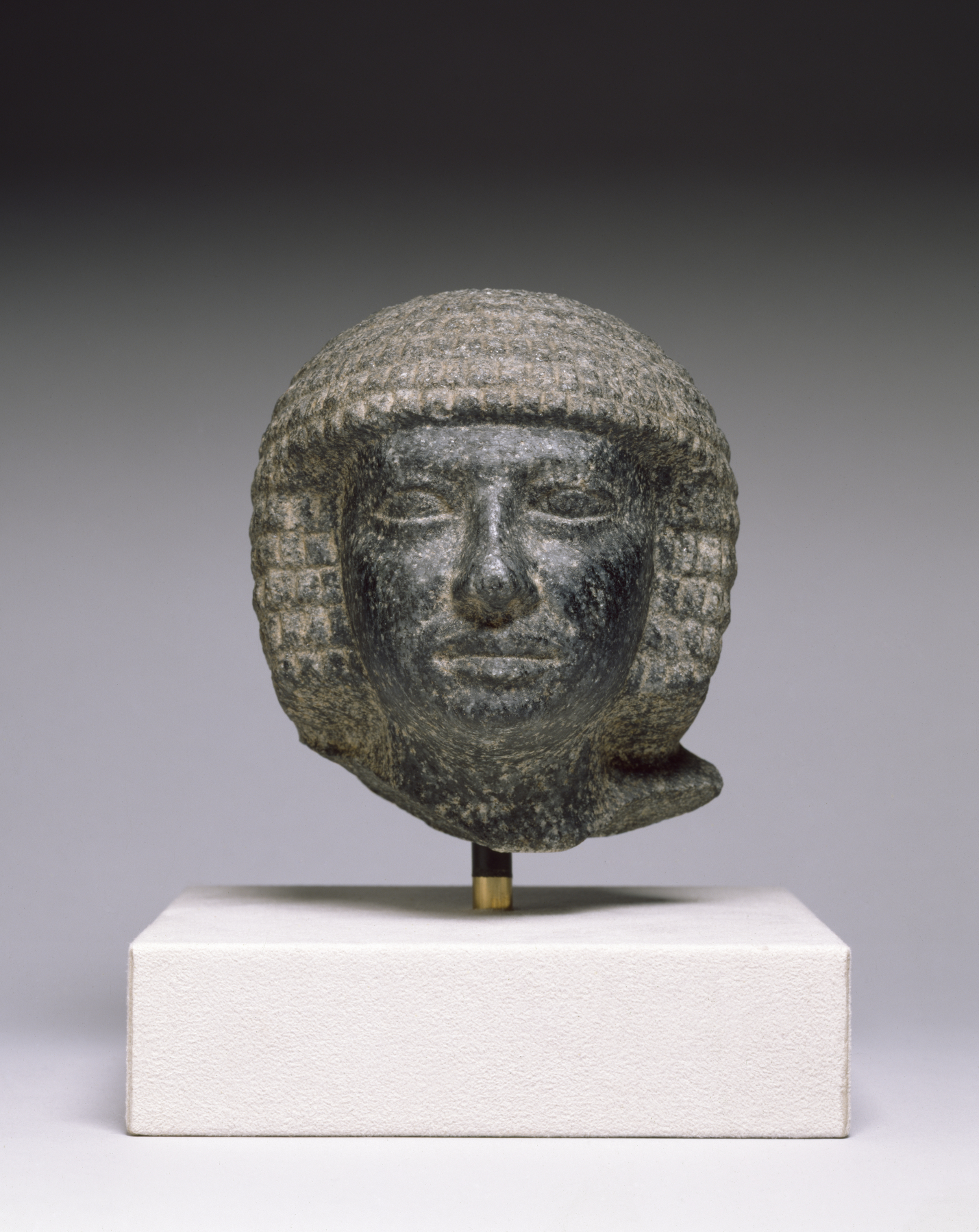 During the Old Kingdom, the tombs of courtiers and officials were usually placed near the pyramid complex of their monarch. These tombs, called "mastabas," typically contained one or more statues representing the deceased official, members of his family, and perhaps his servants. Meant as dwellings for the spirit of the individual, such sculptural representations ensured a continued existence in the afterlife.

This small non-royal head of dark, anorthosite gneiss is executed with great skill. The round face is emphasized by a round wig whose bands of curls radiate from a spot on the top of the head. The almond shaped eyes bulge slightly and are set under a natural brow line. The nose is straight with a slight bulb on the end of the nose. The philtrum is indicated above the full lips. The chin has a prominent bulge. The remains of the shoulders indicate that the neck of the statue was not long. The facial features are slightly asymmetrical, a feature prevalent in the Old Kingdom.