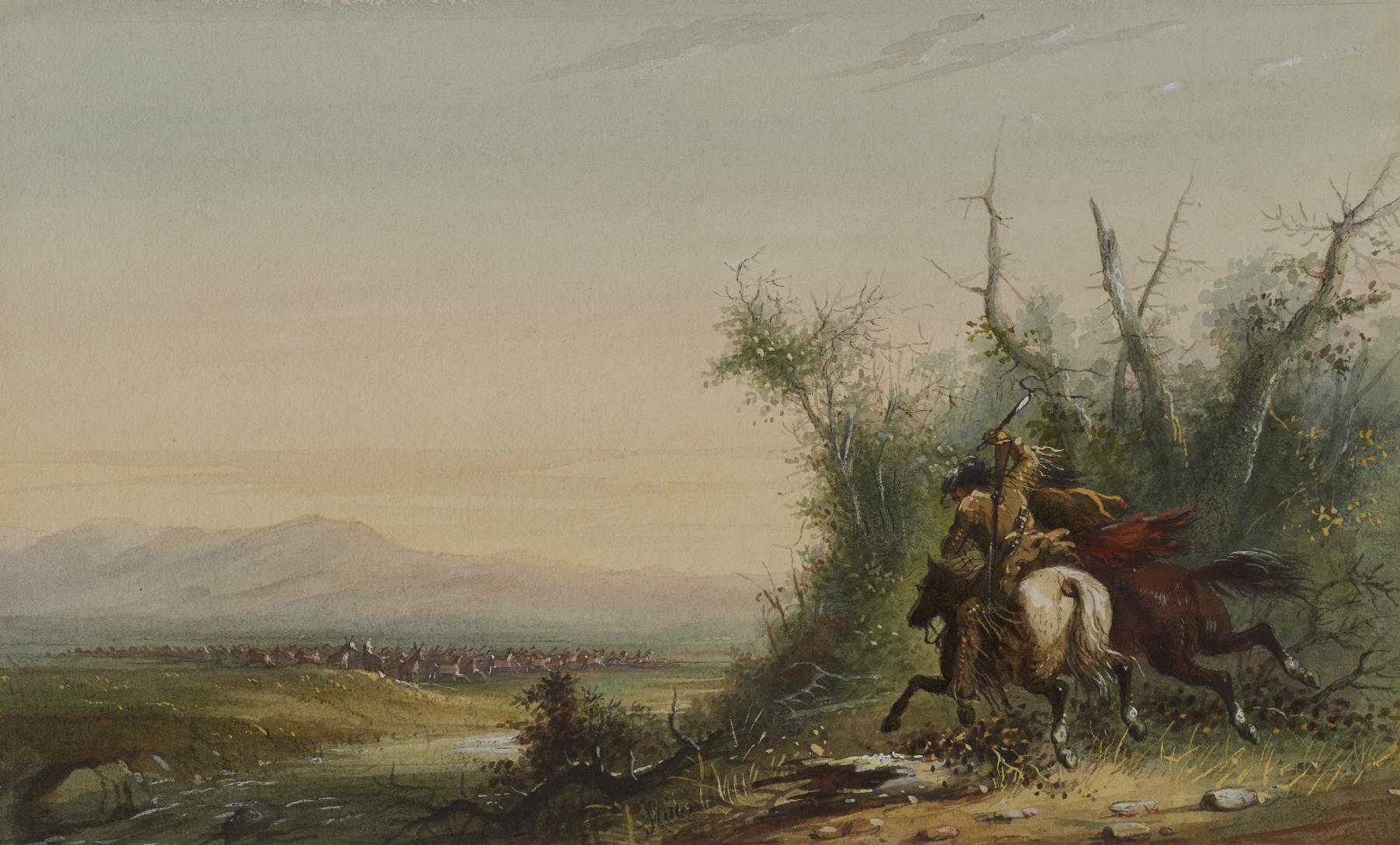 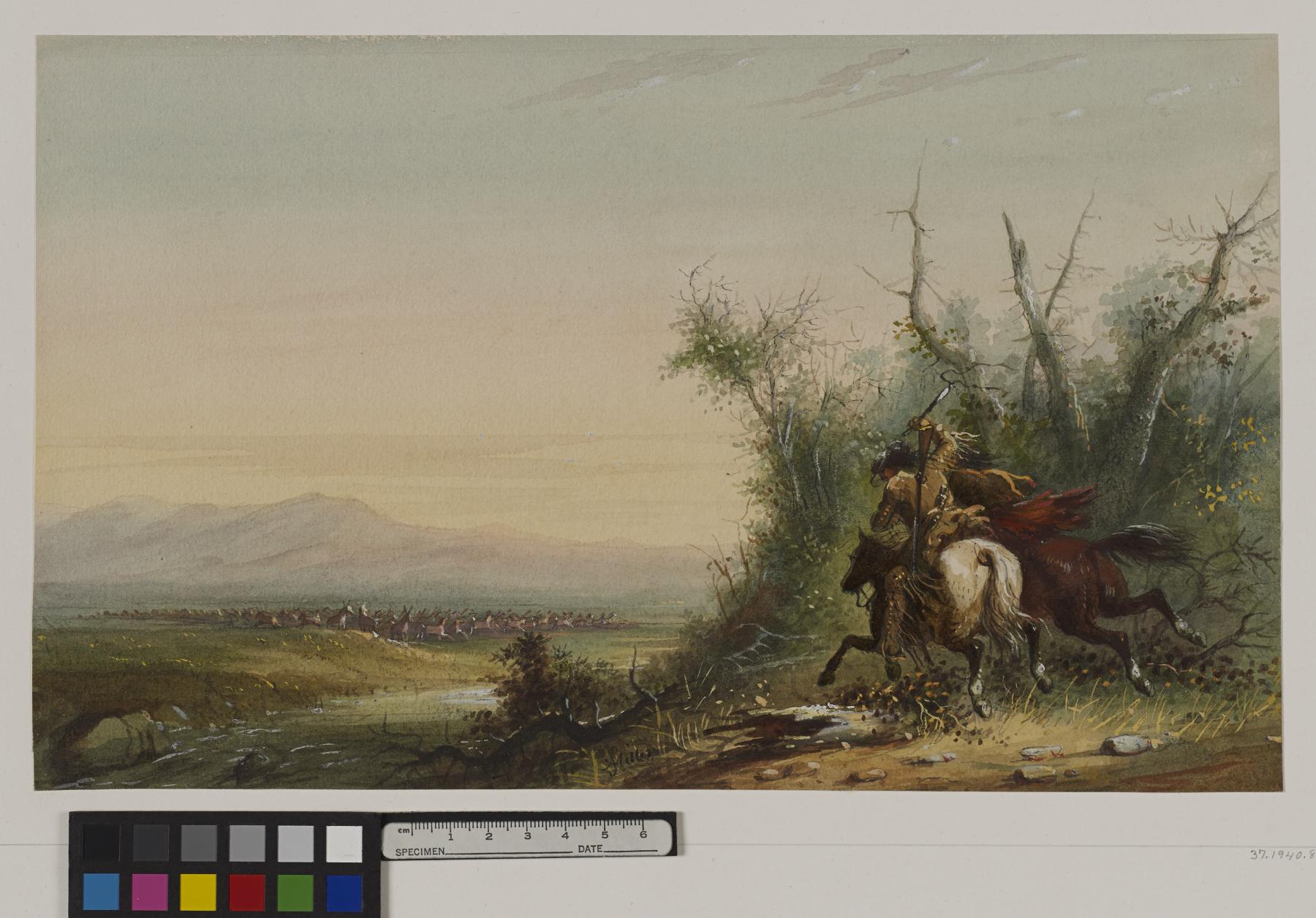 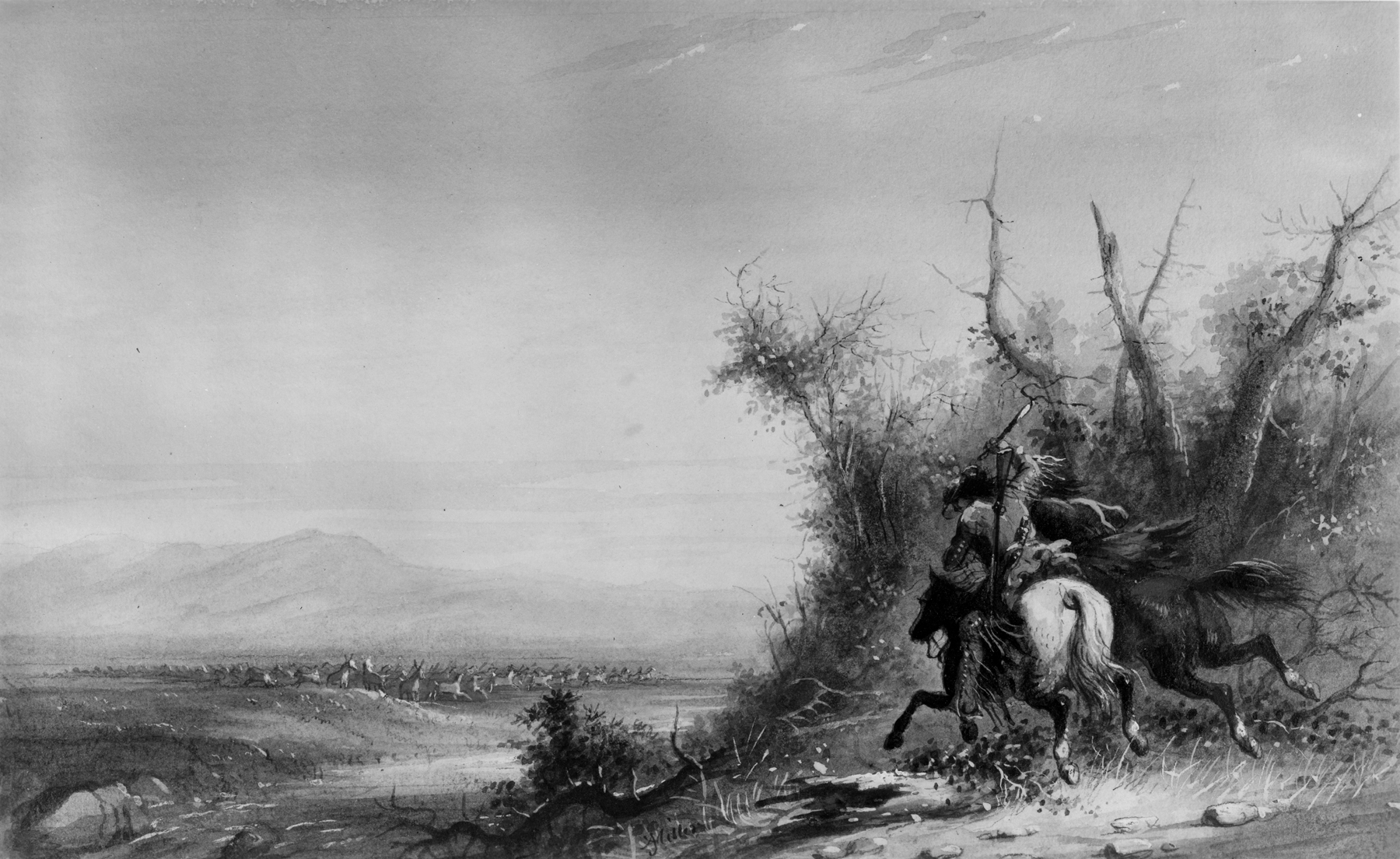 A Herd of Antelopes

"The hunters are here taking an advantage of a peculiar trait, of failing of these animals. A large number are in sight, and although they have taken the alarm, and the greater part are in full retreat,- yet a few remain gazing in stupid curiosity at the approaching hunters. The latter seeing this push on with all speed in the hope of getting a shot at them before they can recover from this apparent trance. It is perfectly useless to run them when they once start, as their speed far outstrips the fleetest horses. When about half a dozen men are in the field, by a process called 'ringing Antelopes,' they capture a goodly number. The first object after discovering the band is to get a party on every side of them;- when the herd puts itself in motion, the hunter in the direction to which it tends, gallops forward and the timid animals dart off at another angle to be frightened by the same apparition in that quarter,- it is coninued until theyr are exhausted, when the hunters close in and shoot: - this seems to recall their scattered senses, when all not wounded, take courage, make a charge through the circle, and are gone in a moment." A.J. Miller, extracted from "The West of Alfred Jacob Miller" (1837).