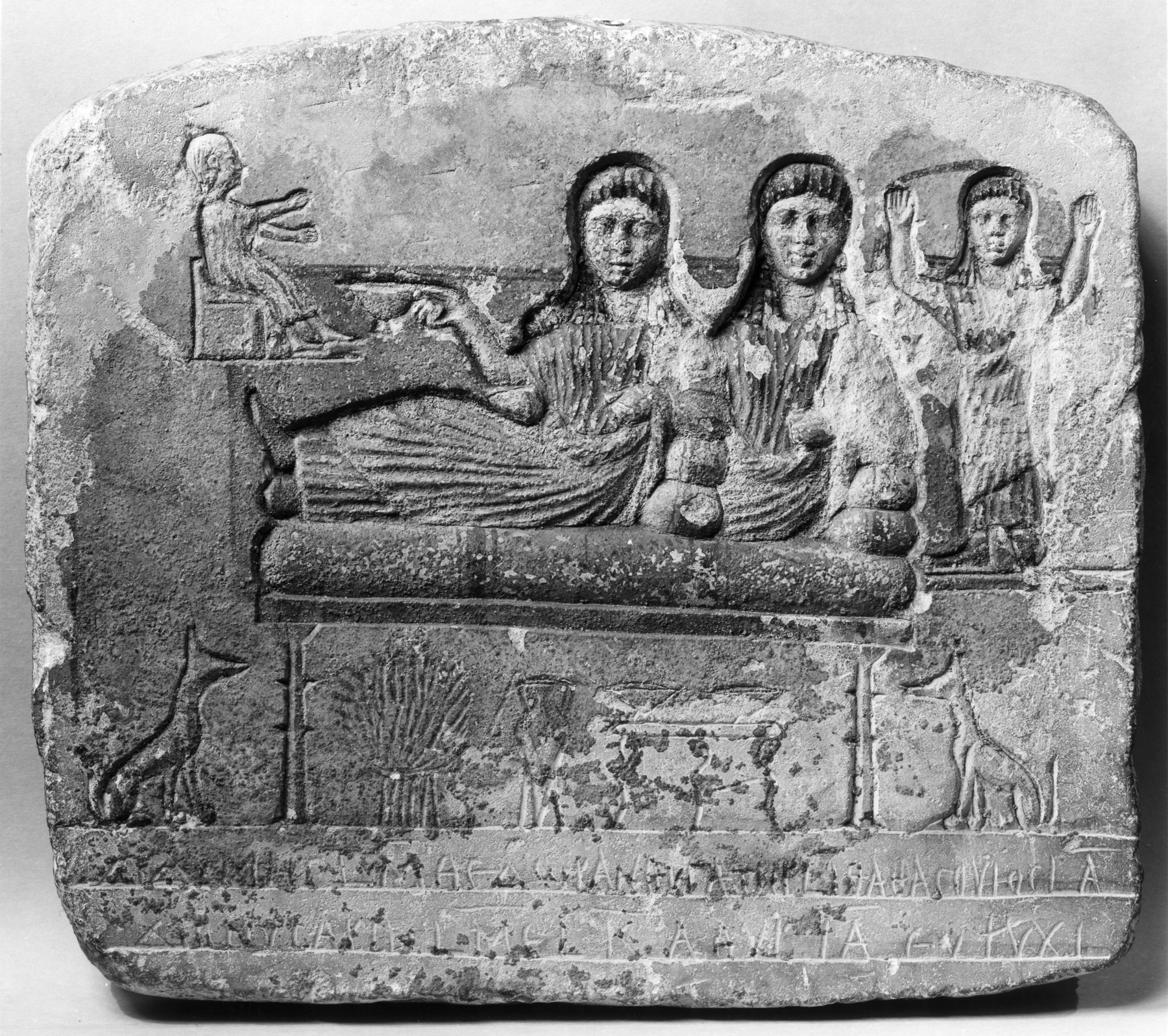 This relef stele depicts two women, a girl, and a boy on a funeral couch between two jackals. The two jackals are the jackel god of the dead, Anubis. The piece has an inscription in Greek, and is said to be from Akhmim.

[Translation] Didymis, 40 years old, Theodora, her daughter, 19, Athas a baby of one year [not represented], Dionysarin, 45, Athur, 10, 1st year of the indiction. Farewell.