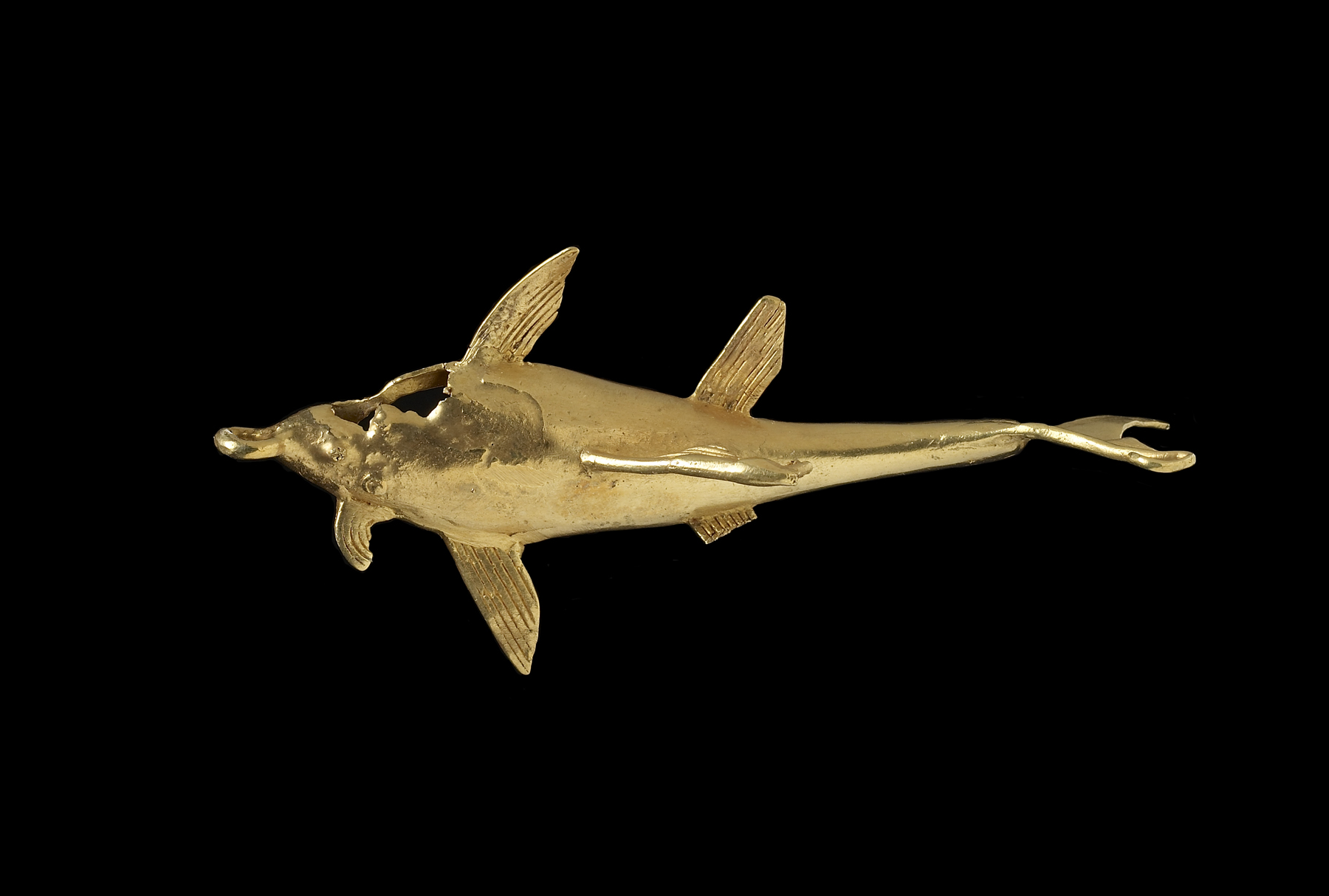 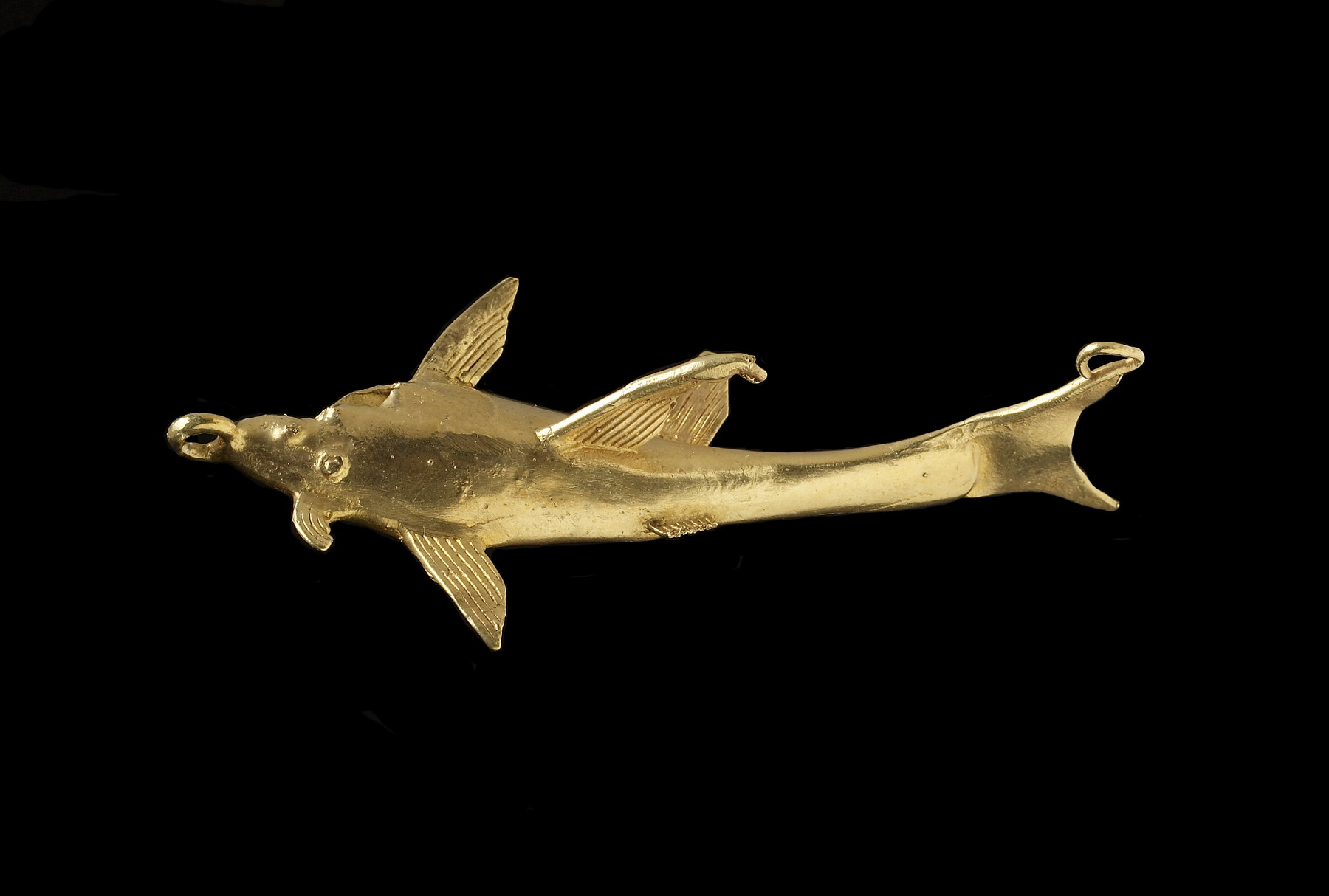 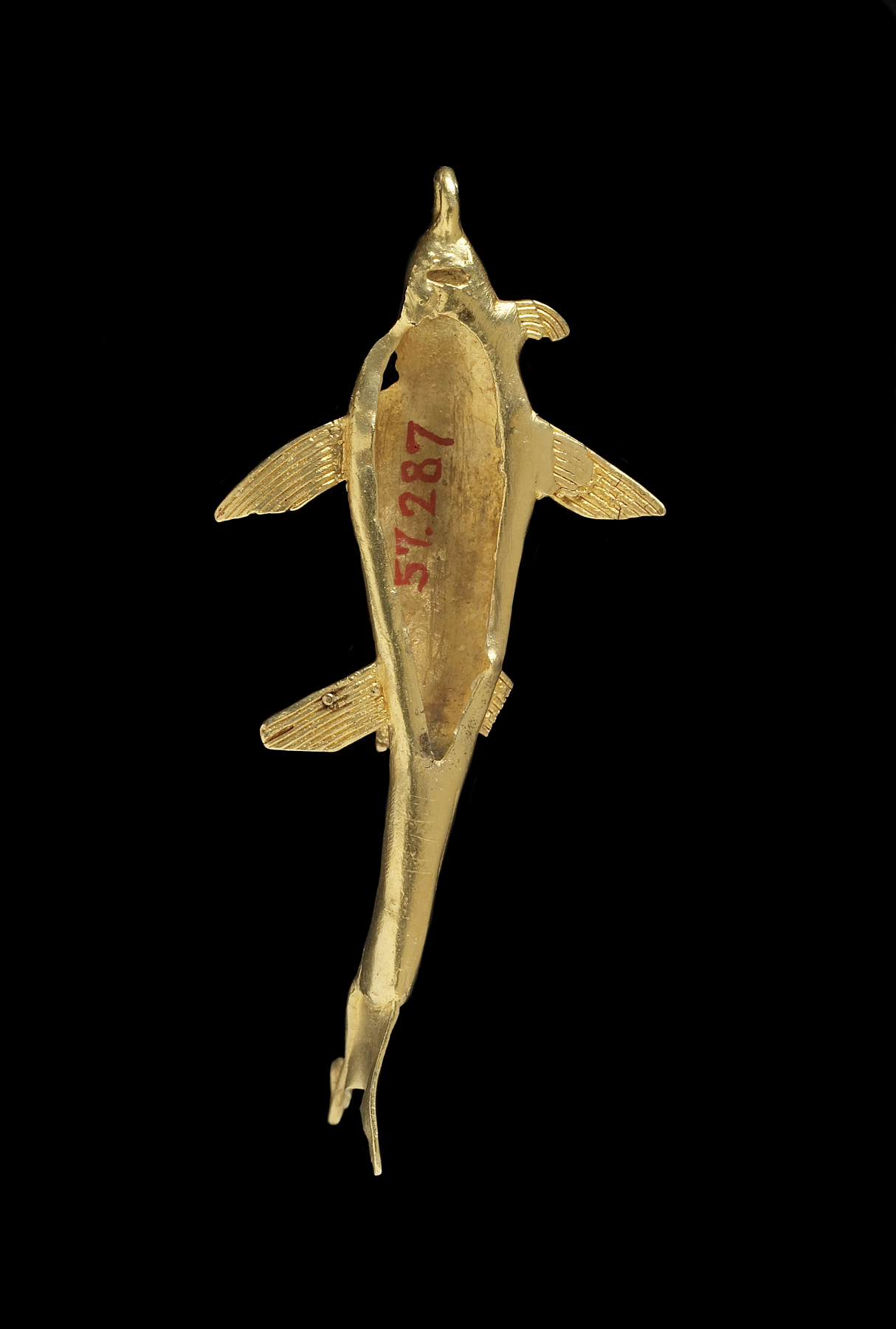 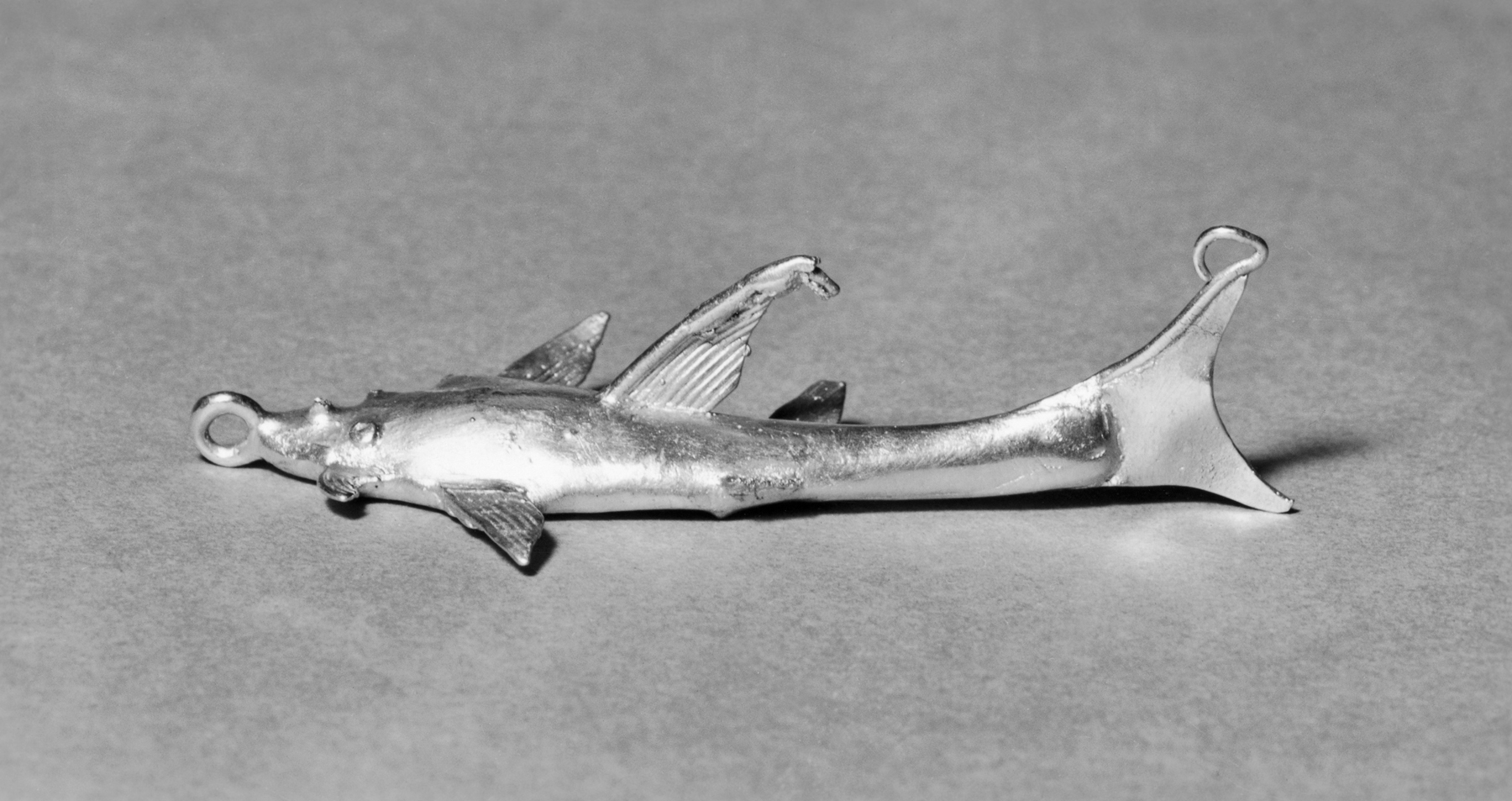 Pendants were worn by men around the neck on ceremonial occasions. Columbus noted that the inhabitants of Panama who came to greet him wore gold pendants in the shape of eagles. This piece could have been created in Columbus's time or during the previous 600 years.

The animals represented are fierce ones with which a warrior would have wanted to associate. This pendant represents a shark with a loop for suspension at its mouth.