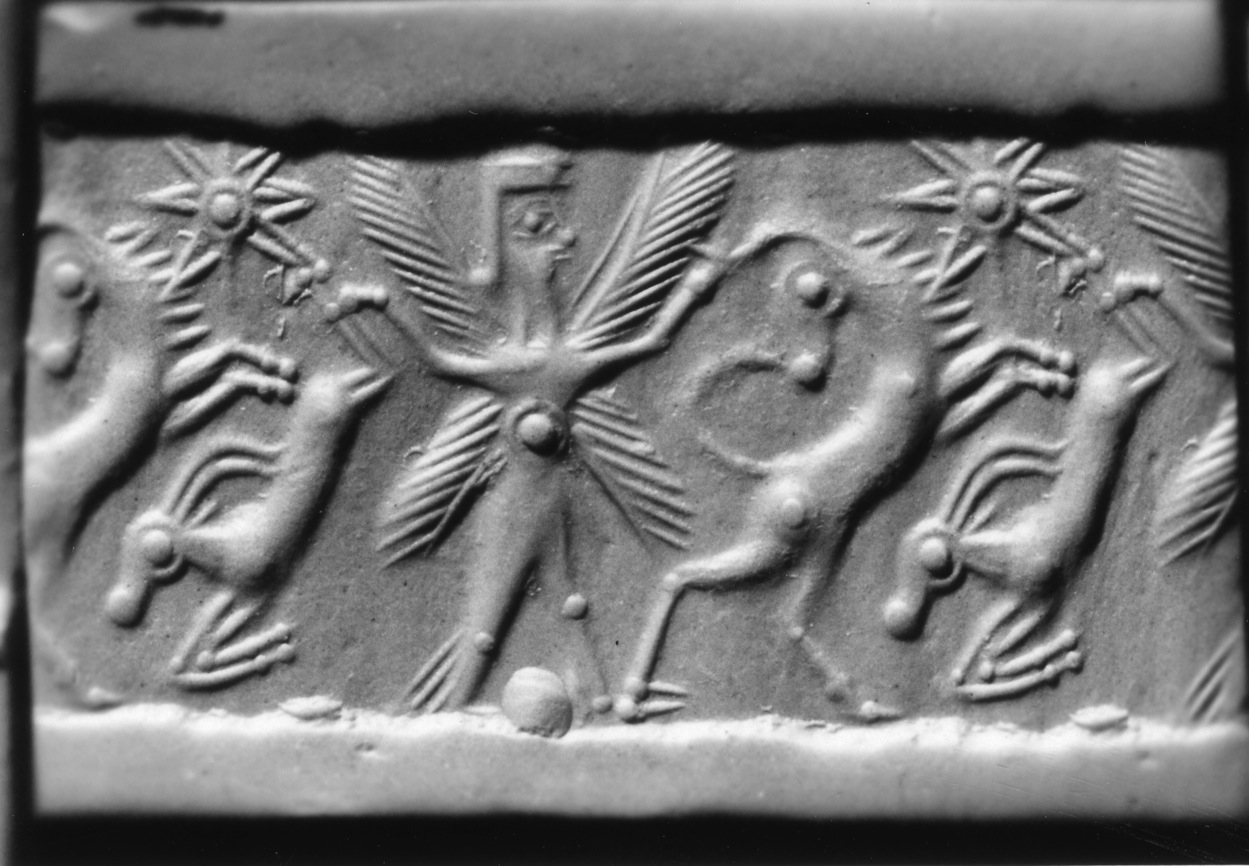 This piece depicts a winged figure in a "Master of Animal" pose with frolicking animals.