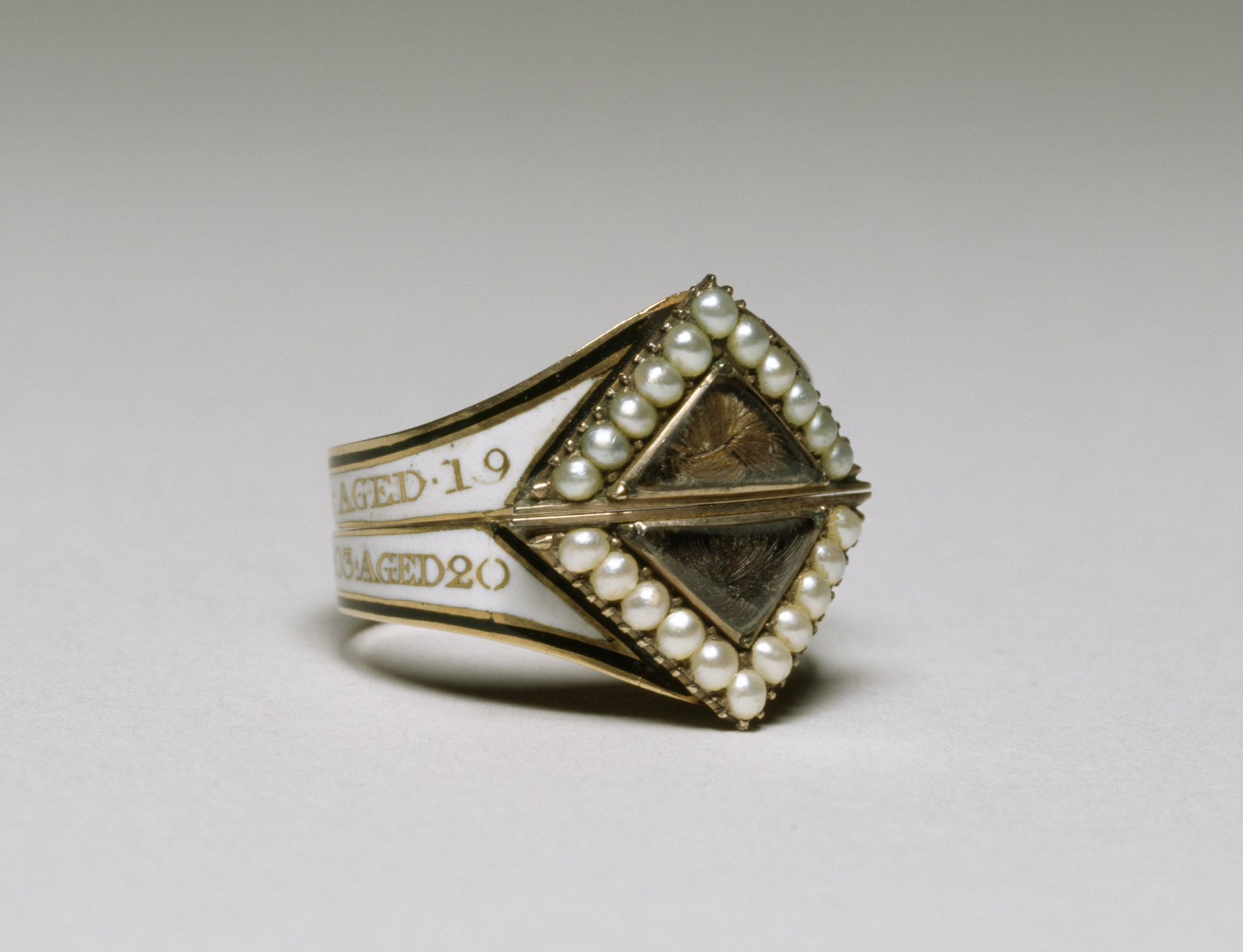 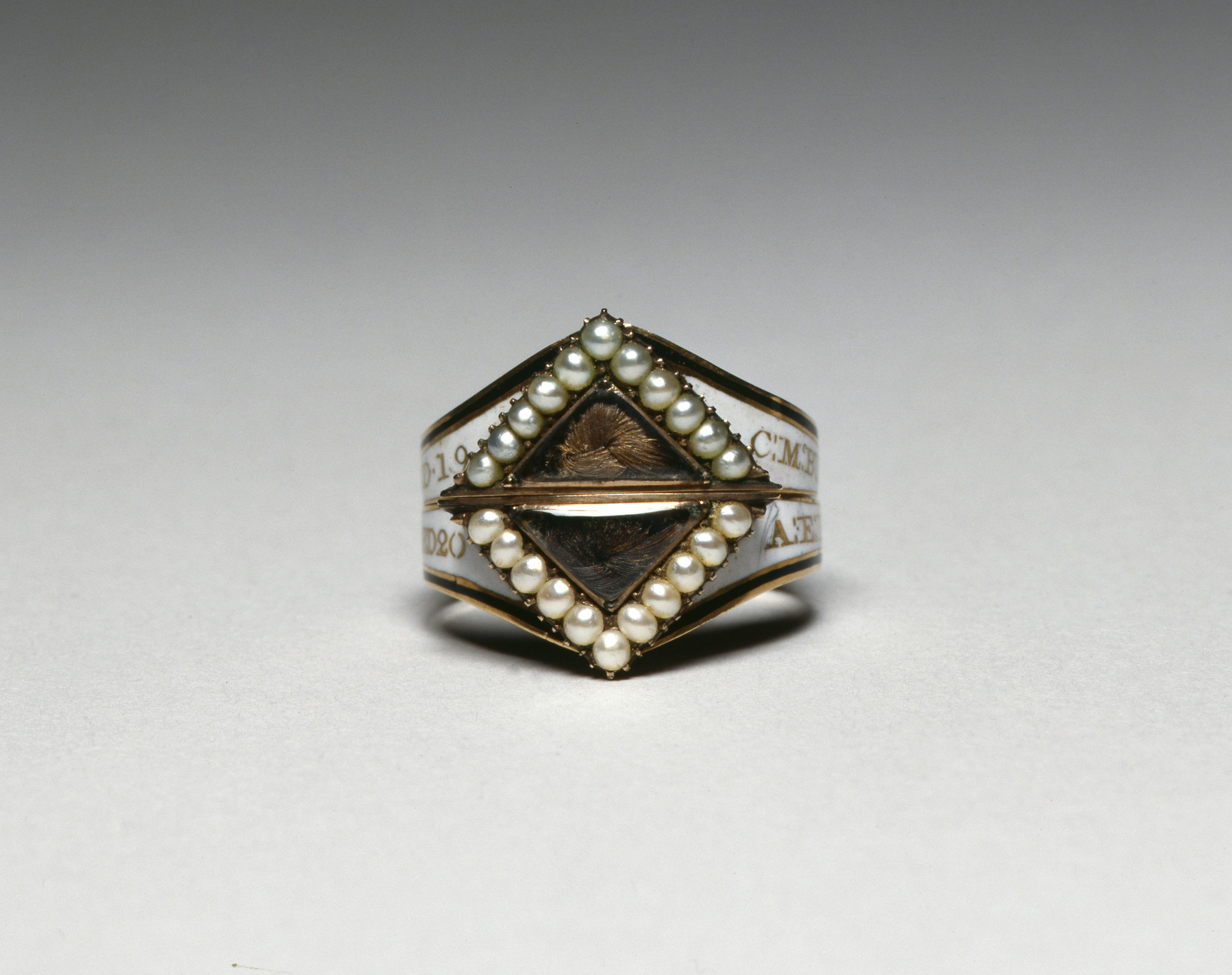 This ring commemorates two siblings who are named in the gold inscriptions on white enamel. The color of the enamel, associated with purity, indicates that they were unmarried. The ring is comprised of two halves that mirror each other and are held together by small pins and sockets. The bezel is divided by two separate triangular compartments with pearl borders, each containing a lock of one sibling's hair. During the 17th and 18th centuries, it became customary in England to commemorate loved ones with memorial rings, which were distributed at the funeral. From around 1770, they often contained miniature portraits or held locks of the deceased's hair in small compartments accompanied by inscriptions identifying the person to be remembered.