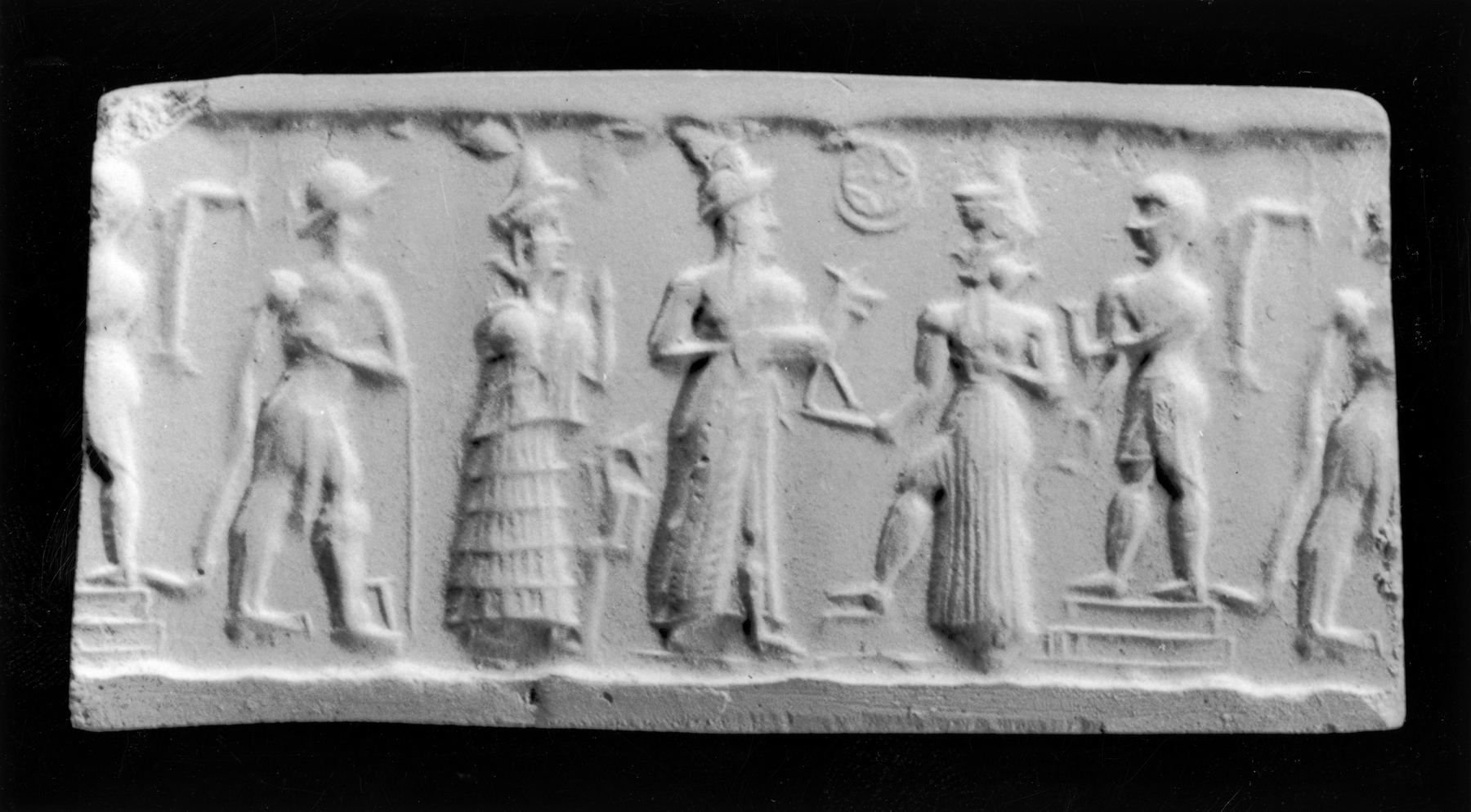 This seal depicts a favorite scene of the Old Babylonian period in which a worshipper stands among a number of gods. The worshiper, in a long robe and cap, offers an animal to the sun-god Shamash, who rests one foot on a stool and holds the saw of justice in his outstretched hand. The sun disc, nestled in a crescent, floats between the two. The goddess Lama stands with her hands raised in supplication. Behind her, a male figure in a kilt holds a curving weapon at his side, and another figure behind Shamash holds the bucket and "sprinkler" associated with fertility.